To Know Where He Lies 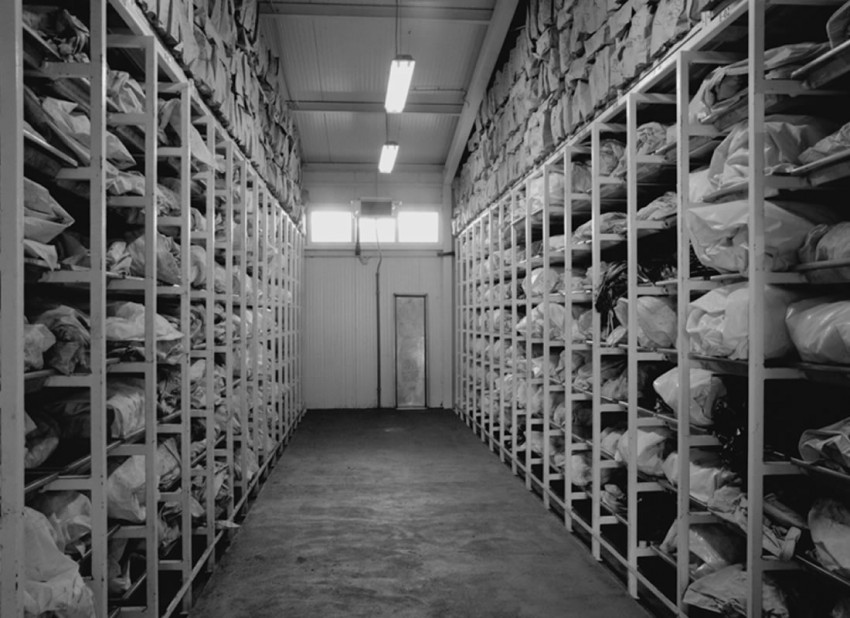 Kathryne Bomberger is Director-General of the International Commission on Missing Persons (ICMP). Here she talks to us about their work to find the missing.

ICMP was established at the initiative of former US President Bill Clinton at the G7 Summit in 1996. Can you tell us about the events that led up to that important moment?

Those who were present at that G7 summit were also heavily involved in the negotiations that led to the Dayton Peace Agreement. A large number of missing persons is a serious destabilizing factor in countries that are struggling to implement a peace settlement.

There were 40,000 missing following the conflicts in the former Yugoslavia, so it was very clear that accounting for these people would play an important role in reinstating the rule of law and would contribute to peace and stability.

The ICTY (International Criminal Tribunal for the former Yugoslavia) began investigating mass graves to find evidence of war crimes and other crimes against humanity, but the ICTY’s mandate was quite limited: it was looking at evidence concerning cause and manner of death to build a case for the prosecution. No measures were in place to identify the victims.

It was the families of the missing who put pressure on the international community to move from just understanding the cause and manner of death to understanding who these people were. The families wanted their loved ones back. As almost 90% of the missing were men, the majority of persons left behind were women and they have largely been the ones demanding the truth and working with us to give reference samples.

What is ICMP’s mandate and mission in the Western Balkans?

ICMP was originally created to deal with conflicts in the former Yugoslavia and to deal with the specific time period 1991-1995, expanding to include Kosovo in 1999.

ICMP’s mandate, which has served it well over the past twenty years, is to ensure that states are accountable and that there is an honest reckoning with the past regarding cases of persons missing in armed conflict and human rights abuses. It’s not that we do the work that states should do themselves: our work is to help states build institutions and enact legislation to safeguard the rights of victims.

What were the early challenges facing ICMP? How were these overcome?

Our job was to help countries locate and identify missing persons, regardless of their origin, or their role during the conflict, working with states and with the families of the missing. Initially there were about 120 different families’ associations, and our experience was that working across ethnic, religious and national differences wasn’t an easy process.

I would say that the Mothers of Srebrenica were being poorly treated. The fact that these were women from rural areas meant that they weren’t initially taken very seriously by their own government officials, who told them that their husbands were in detention camps in Serbia. This wasn’t true – it was clear from the very beginning that the majority of missing persons, particularly in the case of Srebrenica, were dead and that their bodies had been hidden.

The political parties were trying to keep hatred alive in the post-conflict environment where elections were beginning. This is why government responsibility is so important.

You pioneered DNA testing in 2001 – what impact has this had on identification?

Srebrenica itself created the backbone of ICMP’s work in many ways and, from a forensic point of view, Srebrenica was probably the most complicated challenge, because of the relocation of bodies from primary to secondary mass graves using heavy machinery, resulting in disarticulated skeletal remains being scattered across Eastern Bosnia.

We found early on with Srebrenica that it was utterly impossible to use traditional visual identification methods. So we had made a decision by 1999 to use the DNA technology that was then emerging and harness it for the purpose of identification in a post-conflict setting where human rights abuses had taken place on a massive scale.

There were many hurdles – educating the families on what DNA is, and building trust with them so that we could collect reference samples, persuading the governments to give us skeletal samples from post-mortem remains for kinship matching, and issues related to protecting the data. All of this in a highly politicized environment such as Bosnia and Herzegovina presented an enormous challenge. The impact of this approach has been enormous.

First, it has provided families of the missing with accurate identifications. In circumstances where the missing person’s home had been destroyed, there were no documents, no dental records, no proof even that that person had been alive. So, when you consider that it took DNA to prove that that person existed and to allow them to be buried, that’s very profound.

Secondly, when you look at Potocari, you have almost 7,000 tombstones there related to missing persons cases from Srebrenica. That’s extremely powerful when you have states saying that this event never happened. The headstones show the irrefutable scientific evidence of identity.

Thirdly, we are able to use DNA not only to identify the victims, but to link the identification back to the scene of the crime. In so doing, we’ve been able to provide evidence in over 30 criminal trials, including the trials of Karadzic and Mladic. Our contribution in particular to the Karadzic trial helped to bring in a guilty verdict on the charge of genocide. These are new things, and what we were able to do for the families of the missing, working together with the authorities, is unprecedented. The legacy of this is enormous in terms of combating false narratives, or fake news as we call it now, regarding what happened there.

ICMP has been crucial in providing evidence of the genocide in Srebrenica to the International Tribunal for the Former Yugoslavia, which completes its work this year. What is the future of the ICMP in the Western Balkans?

We’ve helped put in place institutions and legislation that must continue to work moving forward. Ensuring continued regional co-operation is key as, for example, human remains from the Srebrenica genocide have been found in Serbia.

Safeguarding the rights of victims is also critical. In Bosnia, we helped to create a law on missing persons, but the law has not been fully implemented and this is a real problem. We are particularly concerned about reparations, something that I believe should have received more attention. Given that the majority of victims were men, when we talk about securing the rights of survivors, we’re looking at the particular needs of women and children, so to address that, to pinpoint and focus on it is critical to re-building countries following conflict.

From ICMP’s perspective, what role have the women of Bosnia played in seeking truth and justice?

You can see in our Stocktaking Report on Bosnia and Herzegovina that the families of the missing were able to reconcile much faster than their political leaders. So there’s no question that working with these women, giving them the tools to be able to become powerful advocates is critical to post-conflict reconstruction.