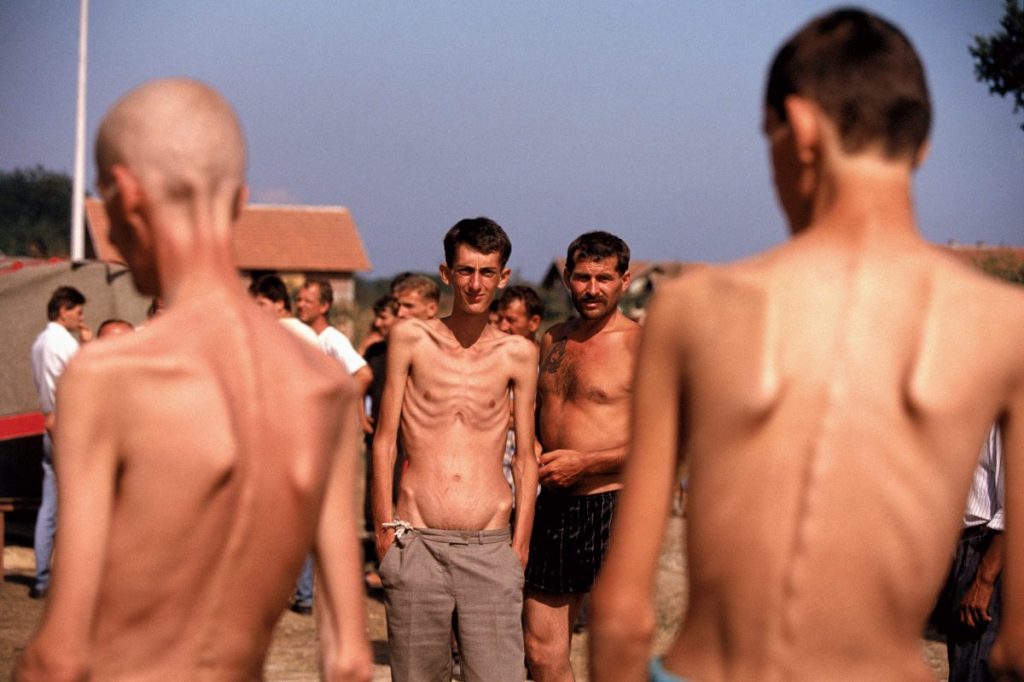 Every year “White Armband Day” takes place on 31 May, to remember the campaign of ethnic cleansing which took place in the town of Prijedor, northern Bosnia-Herzegovina. To mark this day, Remembering Srebrenica are encouraging individuals to wear white armbands for the day to highlight the dangers of discrimination and remembering the victims of the horrific crimes that took place.

Just over 50 years after the Nazi decree that required Jews to wear a yellow Star of David to segregate them from the non-Jewish population, once again members of an ethnic or religious group were marked for extermination, this time in Bosnia.

Having taken over the municipal government by force, Bosnian Serb authorities issued a decree on local radio ordering all non-Serb citizens to mark their houses with white flags or bedsheets and to wear white armbands when leaving the house. This was the beginning of the campaign of extermination of the non-Serb population in Prijedor, which resulted in the ethnic cleansing of 94% of the Bosnian Muslim and Bosnian Croat population from the Prijedor municipality.

From forced classification, violence and terror escalated in Prijedor and led to executions, mass rape and the creation of concentration camps from where journalists Ed Vulliamy and Penny Marshall shocked the world with their report of images of emaciated prisoners of war behind barbed wire.
In Prijedor, 3,173 people were killed during the war. Almost 31,000 people were detained in prison camps, and 53,000 were forced to flee. In 2013, the International Commission on Missing Persons (ICMP) uncovered one of the biggest mass graves in the Prijedor municipality at the Tomasica mines where over 600 bodies had lain encased in clay for 20 years.

To this day, local authorities in Prijedor have refused to permit the construction of a memorial for the innocent civilian victims killed in the notorious concentration camp at Omarska or a memorial to the children that were killed in the war.

By wearing a white armband on 31 May, you will be standing in solidarity with the victims of human rights abuses in Prijedor and around the globe.