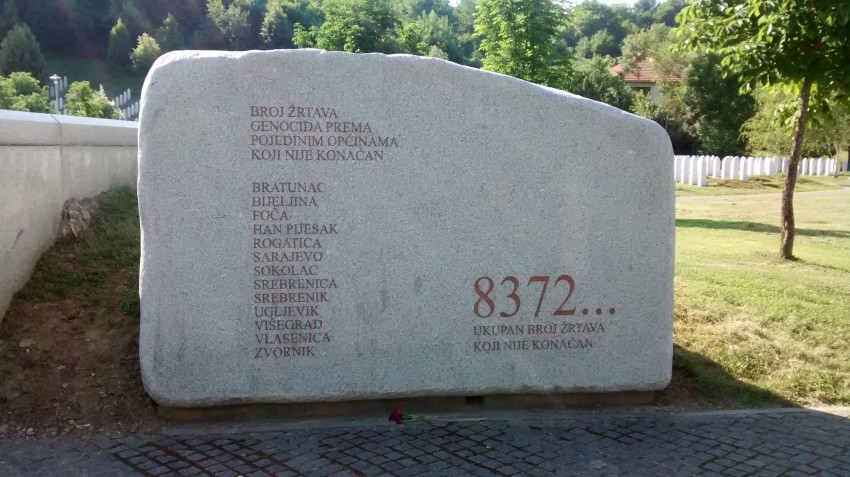 The 11th of July is a dark reminder of man’s inhumanity, when over 8,000 Bosnian Muslims were killed in just a matter of a few days, simply due to their identity. 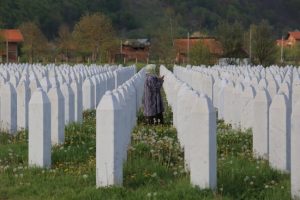 In Bosnia, between 1992-1995 close to 100,000 people were killed, over 2 million were forcibly displaced, and between 20,000-50,000 women were raped as part of the systematic campaign of genocide and ethnic cleansing enacted by the Serb forces.

In July of 1995, as Serb forces entered the safe area of Srebrenica, they split the women and men up, and proceeded to brutally massacre thousands of men, boys, and anyone who got in their way.

In an attempt to hide their crimes in Srebrenica, the victims remains were moved to mass graves, eventually even secondary mass graves and in some case tertiary mass graves.

Since the end of the brutal Bosnian War, forensic scientists as well as the International Commission for Missing Persons (ICMP) have located hundreds of mass graves throughout Bosnia and Herzegovina. 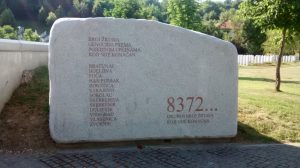 Each year on the 11th of July, a collective burial is held at the Potocari Memorial Centre to finally put to rest the remains of those who have been uncovered.

The youngest victim to be buried this year is Azmir Osmanovic who was only 16 years old when he was murdered and whose remains were found in the Poljanci mass graves.

The Srebrenica-Potocari Memorial Centre contains at least 435 graves of minors killed in the genocide in 1995.

Husein Kurbasic, who was 63 years old when he was murdered, will be this year’s oldest victims to be buried. In addition, the only woman to be buried this year at Potocari will be Zilha Delic, who was 50 when she was killed in the genocide.

So far, over 6,000 victims of the genocide have been buried at the Potocari Memorial Centre, over 1,000 people are still missing and their remains have yet to be found.

This year we have already seen hundreds of community activities and events take place throughout the United Kingdom in local councils, schools, faith institutions, and organisations to mark Srebrenica Memorial Week 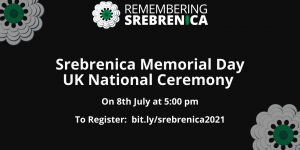 And as we gather on the 8th of July to commemorate Srebrenica Memorial Day as a nation during the UK National Ceremony, we will remember the 19 victims who will be finally put to rest as well as their families and loved ones.