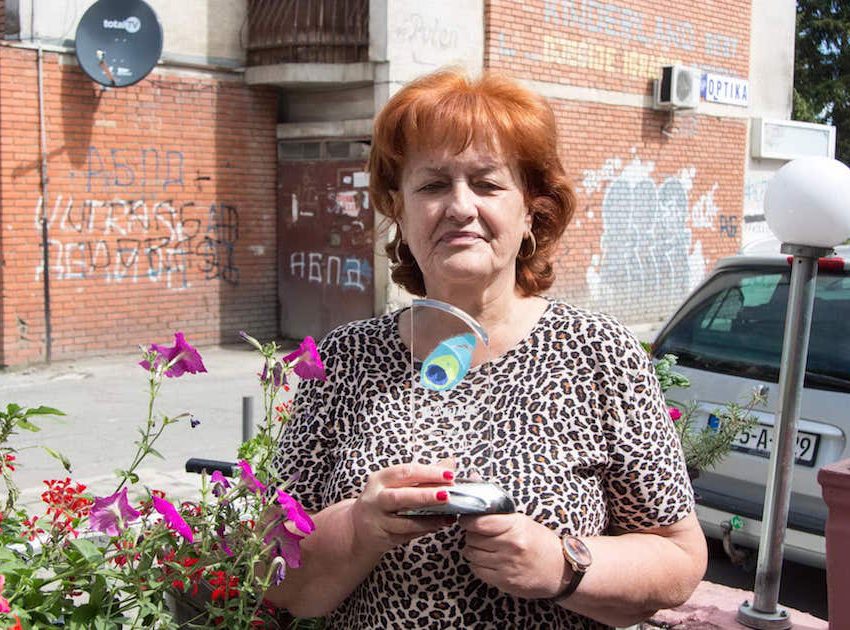 Before the war, I had a rather good life. I was 40 years old, working in Prijedor Municipal Court as a judge. My career was rising; I had everything to hope for. My parents had passed away, but I had my family. I had a normal, happy life. Unfortunately, most of us are unaware of our blessings while we have them. It took war and all those terrible things that happened for me to realise how great a life I had before the war.

When the local government in Prijedor was overthrown by the Serbian Democratic Party “SDS”, I lost my job. I went in to work and Bosnian Serb soldiers were waiting for me holding a list of names. They told me that I was no longer employed at the court. I thought that this was the worst thing that could ever happen to me. Later, I realised that was only an introduction to the worst thing that could happen to a human being. Several weeks later, on 9 June 1992, I was told to come to the police station for questioning. Instead I was taken by Serb forces to Omarska concentration camp. The camp was almost all male, but there were 37 women. We were kept in the interrogation rooms. During the day the guards would use the rooms to beat and torture prisoners, so we would have to wash blood and hair from everywhere—walls, furniture, floor—before we could sleep.

In Omarska I saw and experienced horrific things: tortures, murders, rapes. Things that one cannot even imagine human beings are capable of doing.

Night times were the worst, because that is when the guards would come to our rooms and take us away to rape us. That happened on a regular basis. We were not allowed to say anything to anybody. I was regularly raped and beaten. I was the only remaining judge, all the other male Muslim and Croat judges had been killed. Every day my day would start by counting the dead, who would be on the grass outside the “white house”, where the worst torture was committed. The detainees were forced to sing Serb nationalistic songs and make the Serb three-fingered salute while their friends and neighbours were tortured and screamed for help. The worst feeling was that I could not do anything. I felt helpless. I could not help all those who were suffering so much.

When the Red Cross and ITN visited Omarska on 5 August 1992, the Serbs told them that there were no women there. When the visit was announced, the women were moved to Trnopolje camp. Five of the women didn’t survive Omarska: four were buried in a mass grave, and one has still not been found.

While all this was happening to us, people remained silent, which was disappointing. Their silence was an act in itself. Maybe Serbs were in fear for their own lives, afraid that they might end up in the concentration camps as well, I don’t know. But there were many, and they were in majority, that supported the crimes, loud and clear.

I gave myself a task, during the time I spent in the camp. That whole time I was daydreaming, fantasizing because fantasizing was the only option I had at that time. So I was fantasizing, that if I survive the camp, which was at that time an unrealistic scenario, that I would be talking about all that has happened in that camp for as long as I live. And, thank God, that is what I have been doing for over 25 years.

The moment I arrived in free territory in Zagreb, Croatia, at the end of 1992 and was able to speak, I started immediately to talk about the horrific crimes that happened in my city. My focus was especially on Omarska, where I saw with my own eyes, and personally experienced, the most brutal crimes. At that time there was no official mechanism in place that would record all of these crimes, but I kept talking about what happened and what I had witnessed. It was there that I first made contact with the Hague Tribunal investigators. I was working with Jadranka Cigelj, another female survivor of Omarska, to collect as many testimonies as we could, and in 1995 we were invited to the Hague to help prepare the first indictments for the ICTY. I have testified many times against the perpetrators and architects of these crimes.

I am happy that our experiences were recognised, that the court accepted rape as a war crime, and that the Tribunal prosecuted some of those who were responsible for these crimes. My great satisfaction was the impact I had on other women—also war rape victims— who heard my story and decided to tell their stories as well, even if they were reluctant or ashamed to talk initially. I know that many women did not speak about their experiences because it is extremely difficult to think and talk about it, even for me today, but I have to be strong and let my voice be heard. I speak on behalf of those who were killed, those who didn’t make it, those who are unable to speak.

I see that not as courage, but rather my obligation. And I am not afraid of talking about it. I am talking about it even here, in the same community in which I experienced all these terrible things. I returned to Prijedor some 15 years ago. It is difficult to come back. There is discrimination against returnees— I wasn’t able to get my old job back. A former co-worker had taken my apartment so I had to fight to get him out. When people realised I was back to stay, I came home one night to find “Omarksa” spray painted on my door. One day, I was walking down the street in Prijedor, and saw one of the guards that I testified against. He had been released, having served two-thirds of his sentence. We stared at each other. He was the first one to lower his head.

There is silence here about what happened, from the media, the authorities, from everywhere.

My motivation to speak up is all those who are no longer alive. All my family members, my friends, those that were killed only because their identity did not fit the ideology of the Bosnian Serb authorities at that time. There are many brave people who are trying to speak out that are not getting the spotlight. Some are trying to silence them, others to manipulate their suffering for political ends. Those that have the courage to speak out need to be supported and given space to talk. Only then can we build a better future