The Courage to Survive: 'Mirsada' 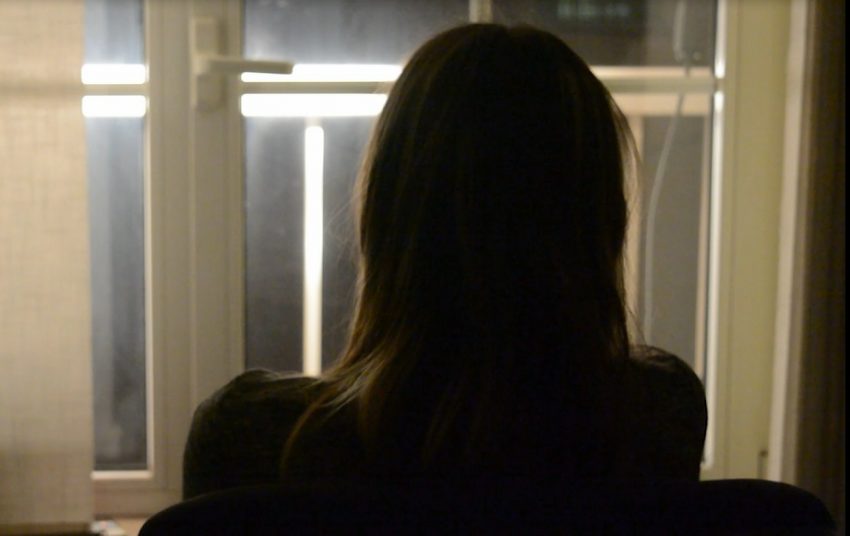 ‘Mirsada’ was 15 years old when she was taken to a rape camp near Srebrenica. Here, she talks to us about what happened to her, and the extraordinary courage of the Bosnian women who have survived sexual violence.

Mirsada speaks precisely, deliberately. Like Fatima, she has chosen to tell her story anonymously and is using an assumed name. For many survivors in Bosnia, stigma and shame prevent them from speaking out about their experiences, but Mirsada is adamant that their stories need to be shared to prevent future atrocities. She was fifteen years old when the war began.

“I lived in the Srebrenica municipality. Bosniaks and Serbs lived there together – I couldn’t see any difference between us. It was not until the war started in 1991 in Croatia that I had a clue who was Croat, who was Serb, who was Muslim. Then, at the beginning of 1992, Serbs started to move out of my village. They just disappeared. The rumours began that there would be war in Bosnia too, but we didn’t think it could happen to us.

One night, I was woken by explosions and shooting. It was the most terrifying moment of my life – I was lying in bed, hearing my heart beating, I couldn’t breathe. My sister and I jumped out of bed and ran to my parents’ room. No one knew what was happening. As soon as it got light we left our home and met other Bosnian Muslims, who were heading to the meadows for safety.

We didn’t have any food, so we would go to the village in the early morning to find some. That’s how we were captured by our own neighbours –  my father, my aunt, and me.

My father asked, “What is all this about, my neighbour, what is it?” Our neighbour acted as if he didn’t know us at all. He was armed, so we went with him to the mining company’s head office, where there were other Bosnian Muslim prisoners.

The commander told us that those people whose names were called were going for exchange. He called everyone’s names except nine of us, mainly girls. That is where the nightmare really began”

Mirsada remains incredibly calm as she describes what happened next. Pausing occasionally for a deep breath, she explains:

“They told three of us that we had to go and clean some military building in Bratunac. When we got there, it became clear that we had not been brought to clean anything. We were taken to an abandoned house and that night all three of us were raped. I was raped by one soldier. The other two girls were both raped by two soldiers. The next day, they sent someone else to guard us. We sat up all day and eventually our guard allowed us to go to bed.

Not long after we went to lie down we heard noise – yelling, knocking, walking up the stairs. Suddenly someone was banging on the door of the room we were in, but we didn’t dare to get up. A soldier broke the door down. There were about eleven soldiers there who had just arrived. I knew a lot of them. They said they were going to take us back to the mining company, but they lied. Instead they drove us to the front of some other house, where they raped us again.

That night I was repeatedly raped by several soldiers. Some of them I knew. Some were strangers to me. It lasted the whole night.”

Mirsada and the other girls were kept as prisoners for weeks in various abandoned houses, restaurants and buildings. Eventually she was moved to a refugee camp at the Lagator Sports Centre in Loznica,

“That is where they gave us Serbian names, supposedly for our own safety. I stayed there with the Serb refugees for a couple of weeks, after which more Bosnian Muslim refugees arrived. That is where I met my (now ex) husband. I was only 16 years old. At the end of 1993, I had my first baby.”

Over the following months, Mirsada was again moved from place to place, this time as a refugee. She had no idea if her family was alive until August 1993, when she found out via the Red Cross that her family was alive and living in the UN ‘safe zone’ of Srebrenica. They wrote to each other until July 1995.  It is when she speaks of her family, and especially her father, that Mirsada breaks down and begins to cry softly:

“In July 1995 I found my mother, sister and brother in the Tuzla area – they had come from Srebrenica. I asked about my father and they told me that he had stayed behind in Srebrenica. They did not know what had happened to him. After weeks without news, the Red Cross told us that my father was alive and in the Batkovici camp. He was released just before New Year’s Eve 1995. We had not seen each other since the beginning of the war – over three years – and he came to see me straight away.  He had lost so much weight I could not recognise him.”

Although her father survived Srebrenica, Mirsada lost many of her family members throughout the war. Like many sexual violence survivors, she has struggled in the aftermath of the war. For many women, the cycle of violence does not end with war, but moves from public to private. This is exactly what happened to Mirsada:

“I had problems in my marriage, which are related to what we suffered in the war. My husband physically and mentally humiliated me. It felt as though I was living in a vicious cycle with no way out. Finally, I decided to get divorced and a new fight started for me. I was unemployed with two children. I had to clean houses to earn some money. I worked all the time to get away from the pain.”

Despite all of the issues she has faced, Mirsada has shown extraordinary courage and resilience. She is emotional when she describes the help that she received from a neuropsychiatrist through one of the Bosnian women’s NGOs:

“Thanks to her, and my own effort, I succeeded – in bringing up my children, in finally completing secondary school, and in getting a job. I will be grateful to her for all my life.”

Mirsada is emphatic that this courage to survive is not unique to her own situation, but is shared by all Bosnian women:

“Women suffered from all kinds of torture during this war. These women are as courageous as mighty dragons, because even after everything that happened, they are fighting to live a normal life.

I was only a girl of 15 when this happened to me, but I survived.  I will carry that burden of pain all my life. The past will always be with me. But I try and live as normal a life as possible.

I believe that reconciliation is possible. But, before this can be achieved, I believe that the perpetrators must admit what they did. They too must break the silence.”