The Courage to Risk Your Life for Neighbours: Fadila Kapic-Mehmedbašić 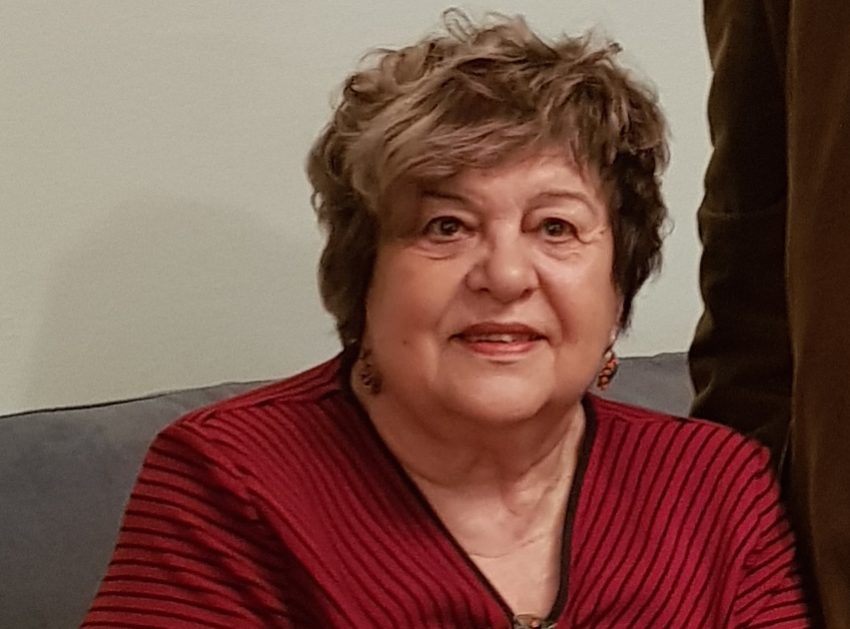 If you were born and raised in a family where good deeds were an everyday occurrence and simply just a way of life, then it’s incredibly hard, almost impossible, to only single out a few instances of humanity. However, if my stories are able to teach someone the wrong of their ways, if it helps to put a stop to certain wrong doings, I will gladly bare my heart.

I grew up with only my mother and grandfather. My father’s face isn’t even imprinted in my mind since he was shot and murdered a month before the 1944 liberation of Stolac. He was only 37 years old, and I was merely a toddler. Despite not having any of my own memories of him, his spirit was kept alive with the stories that my family and the people of Stolac would share with me. His constant presence in my life encouraged me to follow in his footsteps. I forgave him for leaving me so early on, because as well as his indirect presence in my life, he gifted me an incredible role model. He left behind his life philosophy and wisdom.

Stolac, a small town in Herzegovina, is not only beautiful because of its stunning landscape, but because of the spirit of the people. Various civilizations have passed through, coming from east to west and vice versa, all leaving remnants behind. Unfortunately a number of wars have taken away a piece of that beauty, and these wars are a common recurrence. In 1941, 196 innocent people of Serbian descent were murdered and thrown in a mass grave by the Ustaše (Croatian fascists). Many of the citizens that were revered throughout the town turned a blind eye to this massacre, even the mayor of Stolac. My father, Abdullah Mehmedbašić, was the exception.

My father made every possible effort to be a source of comfort and support for the women and children left behind after the massacre. He invested everything he could, financially and emotionally. He was jailed eleven times, but that didn’t hinder him from his cause, and it never once stopped him from listening to his heart. His father and family often warned him that he would end up dead due to his passionate activism. His response would always be:

“If my life can save two other lives, then I gladly give mine.”

In 1942 he went to eastern Bosnia and rescued thirty-six orphans, whose parents had been killed by the fascists, and brought them back to Stolac. The kids were all carefully placed in loving homes with families eager to give these children a second chance in life. All of these children ended up outliving my father, Abdullah, and all became upstanding citizens of Stolac.

Before the liberation of Stolac in October 1944, Germans and Ustaše, gathered all the surviving family members left behind from the previous massacre of Serbs, and threw them on a truck. This truck took them to Jasenovac, a concentration camp. The only man amongst this group of women and children was my father Abdullah. They say the truck was filled with screams of terror. Bystanders simply watched the truck pass by. My father began to sing a popular folklore song, to calm others and possibly calm himself. That truck was then filled with screams, cries, and a hopeful song.

The soldiers removed my father from the truck about fifteen kilometers outside of Stolac. He was held captive in a mosque with three other likeminded men, who had diligently fought for basic human rights for their neighbours, not caring if they were Muslim, Serb or Croat, just that they were human. They were shot dead the fourth day after their capture. The few people who escaped from the truck and train heading to the concentration camp were able to witness my father’s bravery and last moments, and share stories of his heroism. He was not a Communist. He was a practising Muslim, who understood the fundamentals of Islam and was able to uphold the words of the Quran.

In the 1990s, another war was plaguing Bosnia. This time there weren’t any Germans or Italians involved. No, this time it was a fight among brothers. Before you knew it, people from Stolac were fleeing for their lives. Serbians went to “Serbian” areas, Croatians to “Croatian” areas. Even though there were a few Serbs escaping, the majority decided to stay in Stolac. With the memories of the last war still in their mind, they chose to stand their ground, even if it cost them their lives.

Stolac had reached its lowest point, with Croats rounding up and taking their Serb neighbours to be executed, all because of differing religions. With all of this happening around me, I remembered my father’s words, “If my life can save two others, then I gladly give mine.” I decided to hide fourteen women and children, all of Serbian descent, in my basement. My honorable neighbour, Petko Nikolić, who refused to join the Bosnian Serb Army, was reluctant to come to my house with his wife and children. Why? He was scared that their presence would cost me my life and my family’s lives. I reassured him. My dear neighbour, we have lived together in this town. It has never bothered your mother nor your father that we both have different religions, so if it must be, then we will die together. Because Stolac without you, and Stolac without me, wouldn’t be the Stolac we have grown to love.”

I sat in the hallway of my home, determined and still. No one was going to make their way to the basement. If they did, they would have to kill me first.

Various armies, war criminals, neighbours, and strangers all came to pass through Stolac. It was then I truly saw how people can be become bloodthirsty animals. Some came purely to steal, not to kill. I’m certain these soldiers knew about the Serbs I was hiding in my basement, but when they reported back to their superiors, they claimed to have found nothing. The neighbours that I hid in my basement all survived, thank God. One by one, they returned to their desolate and besieged homes, and began to rebuild not only their homes, but their lives.