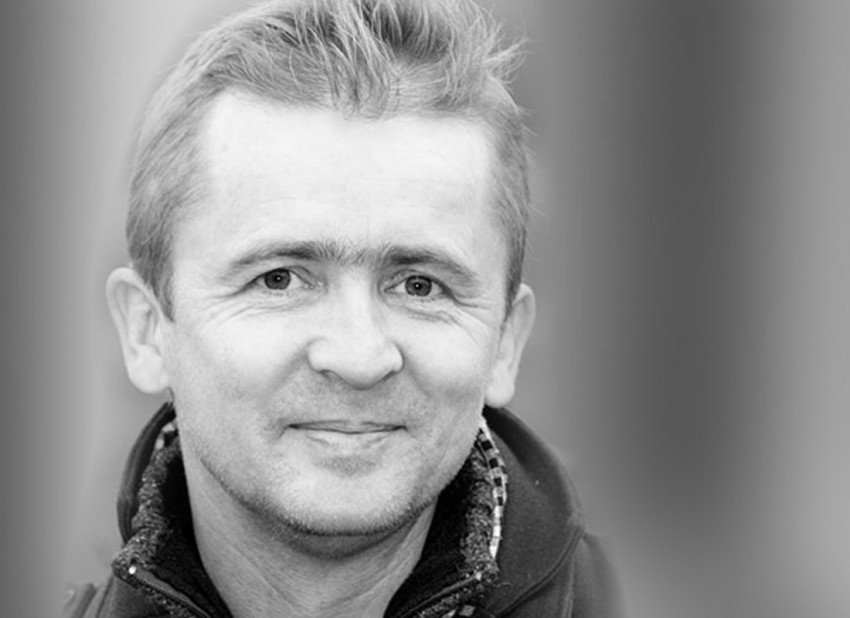 I was only 18 when the Serb military arrived in my village. I remember at that time MTV had just started broadcasting on our TVs, and like teenagers all over the world, I was obsessed with music! I had no idea that within a matter of months, my life would be turned upside down.

Čarakovo is a small village in Prijedor, which at that time had a population of 1,241. The majority of the residents were Bosniaks (Bosnian Muslims). Our survival, like most rural areas, depended on agriculture. We earned a living from our livestock, and cultivating our land. Like many other towns and villages, since May 1992, our energy supplies had been cut off. We had no electricity, no water, and no contact with the outside world.

On 20th July 1992, young survivors from other villages came to our town. They told us they had seen rivers of blood, and piles of human bodies. We did not want to believe them. Two days later, on 23rd July, the Serbian army came to our village, and began their killing spree. They started from the first house on the road, and continued until they had burnt every house to the ground. In the first hour, they massacred 214 people. Then they arrived at my house.

“Men would be shot dead before us, and left to rot for hours. The smell was intoxicating.”

First, they shot my dog. Then they killed our horses. It all happened so quickly — one minute we were sitting peacefully at home, and the next our village was being destroyed. After that, they arrested my brother and me. Then they threw my mother and two sisters out, and set the house alight. My father had gone to visit friends, but because we lived in such a small town, the news spread quickly.

Unbeknown to me, my father and his friends had rushed home thinking we were still inside. Just as they arrived, the Serb army soldiers shot them dead on the spot and threw their bodies in the water reservoir outside our house. Our neighbour, Hawa, suffered even greater loss. The Serbs massacred her husband and six sons on that day.

Over the next five days, the Serbs went from village to village, exterminating every single person they found. They massacred six Muslim and one Catholic village, killing more than 1,500 people. Meanwhile, my brother and I were to learn our fate. There were busses and trucks present to transport prisoners, an ambulance, and even a refrigerated van to take bodies away. It was a well-planned, systematic killing spree.

My brother and I were put on a bus. By chance, the driver was a good friend of my father. He was Serbian, but he was a good man, and he saved our lives. We were supposed to board the next bus, which was heading to Keraterm. But he insisted that we be allowed to board his bus. Somehow, we were granted permission. Every man and boy on the other bus was killed that day. Sometime later, we arrived at Trnopolje Camp. Here, I heard what had happened to my father through a neighbour. I was devastated, but at the same time, I knew that I could not fall apart for the sake of my brother.

“The women were systematically raped at Trnopolje. They were kept in a separate building to the men, but we could hear them.”

Trnopolje Camp held people for deportation. It was filled mainly with women and children. The few men that were imprisoned in the camp lived in constant fear that they would be killed. We all roamed the grounds, waiting anxiously for death to come. The guards would beat the men regularly. The bigger you were, the harder they beat you.

Despite being only 16, my brother was tall and had a good build. He also had darker features, compared to my blonde hair and light eyes. So he was beaten regularly.

We had no food, just access to water. After a while, you lose the concept of time altogether. It felt like we had been trapped there for years. The conditions were horrific. The women were systematically raped at Trnopolje. They were kept in a separate building to the men, but we could hear them suffer. We wanted desperately to make it stop, but we were helpless. Men would be shot dead before us, and left to rot for hours. The smell was intoxicating.

My brother and I attempted to board one of the trucks headed for the free territory one day. The truck was packed with women and children. People started to push and shove in a desperate attempt to board. The Serb soldiers began to shout and shoot their guns in the air. They pulled the crowd apart. I had managed to climb onto the truck, but when I looked back for my brother, I realised he had been pulled away by a soldier.

They were beating him and holding him down, saying he couldn’t go. I sat motionless on the edge of the truck, looking straight at my brother. I could not believe we were being separated, that I would have a chance to live, and that he would die. I kept thinking it wasn’t possible — we were supposed to survive together. And if not, then it was supposed to be me who would die. He was only a boy. I couldn’t just leave him.

In the anguish of that moment, coupled with the heat and exhaustion, I fainted. When I came to, I was back in the camp. I was told the truck would not start, so everyone had to get off. It was a bittersweet moment: I was reunited with my brother, but I was back in the concentration camp.

Some time later, my mother and my two sisters arrived at Trnopolje. It was a miracle, for I was certain they had been killed. My mother had seen my school friend, and asked about me. My friend had then introduced her to the bus driver who had helped my brother and me. Soon after, a Serbian officer visited the camp. He saw how poor the conditions were, with the overcrowding and lack of sanitation. He quickly organised an extra bus for the women who refused to leave the camp without their sons. He was an angel. I still cannot believe he did that for us. He was obviously a man with a conscience, and knew that what the Serb army was doing was wrong.

Early in the morning, we set off as a single convoy: busses, trucks, and any other vehicle that could carry passengers. The journey was excruciating, as we travelled 200km in crammed busses. Despite knowing the Serb officer had done us a kindness, I still questioned whether the convoy was really headed to the free territory. It was always at the back of my mind that we would all be killed as soon as the convoy stopped.

After what felt like days of travel, we finally arrived in central Bosnia. We were told to leave the bus, and start walking. At that moment, I was certain my suspicions had been right, and that we were in fact being walked to our deaths.

After a 40km march, we arrived at the town of Travnik, which was swarming with refugees. Travnik is a very small town. Before the war, its original population was 40,000. And now, there were 120,000 of us, crammed into every possible building in sight. It was unimaginable. We stayed here for 75 days. My family managed to find a corner in an old gym. The conditions were no better here. There was no food, and hardly any supplies to tend to those injured or ill. I have never seen that kind of suffering. When the Red Cross finally arrived, I was a mere 46kilos in weight — mostly skin and bones.

The Red Cross sent us to Slovakia, where we stayed for two years. Then we moved to Germany for five years. From there, my brother went to Holland and then to the USA. He is now settled in Chicago. Alongside us, a staggering 2 million Bosnians were displaced because of the war. For my brother, the experience was too horrific. He never came back to Bosnia.

In 2000, I returned home. I found the remains of my father and his friends, where they had been dumped five years ago. The town was completely untouched. It was as if time had stood still. Gradually, more people who had managed to survive began to return. We started to reconstruct the houses, with ours being the first to be rebuilt. Now, we are as beautiful a town as we were back then, if not more. There are less than 500 of us, but it is home.

The end of the war certainly did not mean ‘peace’. Serb settlements are always in the process of being constructed here. They have built 8,000 apartments already. In five years, my village will be empty. Aside from me, and a handful of others, the elderly who survived the war inhabit the rest of these houses. Every year, one or two of them pass away. Eventually, there won’t be any left. There are no young couples here. There are no children.

In 2003, we had a small Bosniak football club. But they didn’t have enough players to make a team. When they finally submitted their team list, it only had four Muslim names, the rest were Serbs. For a town that once was a Muslim-majority, and then brutally ravaged and ethnically cleansed, I cannot describe how painful that was to see.

I live on my own in my house, but I am content. I do not want to be a refugee statistic in someone else’s country. I am not answerable to anyone here. This is my country, my house, my rose bush, and my dog. I was a refugee once, and I vowed to never become one again.

It is astounding to me that a mere 20km from me lies a border to a European Union country. And yet, we were subjected to the most brutal kind of torture under the watchful gaze of Europe and the world.