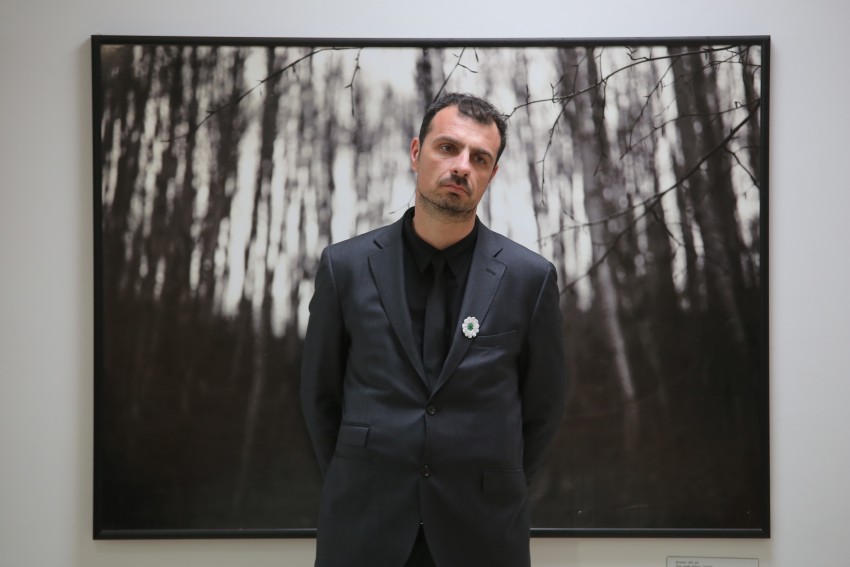 Growing up before the war, it was a beautiful childhood, a childhood I would wish upon any other child growing up in Bosnia today. We didn’t care who was who, we never paid attention to religion or ethnicity.

People were only divided by who played basketball, or football, or what music they liked. All the religions and ethnicities were mixed in Sarajevo, it was such a warm and friendly environment, there wasn’t a street or corner of the city that you would stumble upon and not feel safe there, unlike other big cities in Europe. Sarajevo wasn’t a big city by size but it was a big city by heart, for sure – it was just amazing, really beautiful. I am very fond of those memories and unfortunately I do not see that any longer in Bosnia.

The best thing about growing up in Sarajevo was the moments of carelessness, somehow we never thought that anything bad could happen to people living there. That changed overnight after the siege started. I was just an ordinary European teenager, 19 years old, in my jeans and Converse, really into punk music. The next day, after the declaration of independence, the shelling started and ordinary Sarajevans were under attack.

We didn’t have an army – the army of the former Yugoslavia was controlled by the Serbs, and was now the enemy, surrounding us on the same hills that had hosted the Winter Olympics in 1984, controlling all of the weapons – the tanks, the guns, everything. So we had to form our own army in Sarajevo to defend ourselves. It was mixed – mostly Bosnian Muslims (Bosniaks) but also Croats and even Bosnian Serbs. We were all fighting for the same idea – an independent, multi-ethnic Bosnia-Herzegovina where Bosniaks, Croats, Serbs and all the other people in the country could live together equally as we had done for many years.

We were anything but soldiers. We didn’t even have uniforms, I wore my dad’s old overalls and Converse on my feet. We rotated to the front line, 6 days at a time. When we were not at the front line, we would be trying to do what we could to survive – collecting water, finding things to burn for warmth and cooking (we found out that a car tyre makes an excellent fire).

Collecting water was very dangerous in Sarajevo – so many people were killed whilst trying to get water.

I also needed to make sure that my parents had water and enough to eat. We got rations from the UN, but there was never enough. If you gave blood, you could get some extra food – the hospitals were desperate for blood donors with so many wounded. So I would go to different places and give blood a few times so that my parents could have a little extra food to save for when things got really bad.

We truly had nothing – we were completely surrounded by Serb forces, who were shelling every day. More than 11,000 people were killed over those few years including hundreds of children. I remember one particular incident. It was a quiet day, no shells. It had snowed. A group of children were desperate to go sledging, like normal kids would be when there’s snow on the ground, and this time, their parents let them go. Out of nowhere, a shell exploded, killing all six of them, their sledges still intact. The image of fresh blood on snow is not something you can ever forget. Especially when it is the blood of innocent children.  Those days, the quiet days, were some of the most dangerous days in the city.

On 29 February 1996, months after the Dayton agreement had been signed, the siege ended almost as abruptly as it started. Within a week, everything started to come back – the water, the electricity. More difficult was shifting from the war state of mind into a peace state of mind. I clearly remember when I started to work and got my first salary and felt like I had control over my life again, it was a nice feeling, a very nice feeling.

We have learned to cherish the simple things, but I do regret those lost years. They should have been my wild years, the most carefree of my life. I can never get those back.

I still live in Sarajevo with my wife and son. Sarajevo is definitely not representative of the current situation in Bosnia.  Here you can still find people of all religions and all ethnicities, still living together unlike in many parts of Bosnia, so Sarajevo still has glimpses of fragments of what life used to be like before the war, but certainly not to the extent that I would wish to see it.

An important part of my work is to share my story so that people can understand something about what happened here. It is important to remember the victims of the Bosnian war to prevent this from happening again – as they say, history is the mother of all science. Unfortunately, in Bosnia we have three histories, and the most dangerous one is the narrative that the kids get from their homes.  That’s why it’s important to hear the life stories of the victims and survivors, and share them with friends and family.

Only by listening to the life stories, and remembering what happened, can we reach out to people and, hopefully, contribute to a better, safer future.