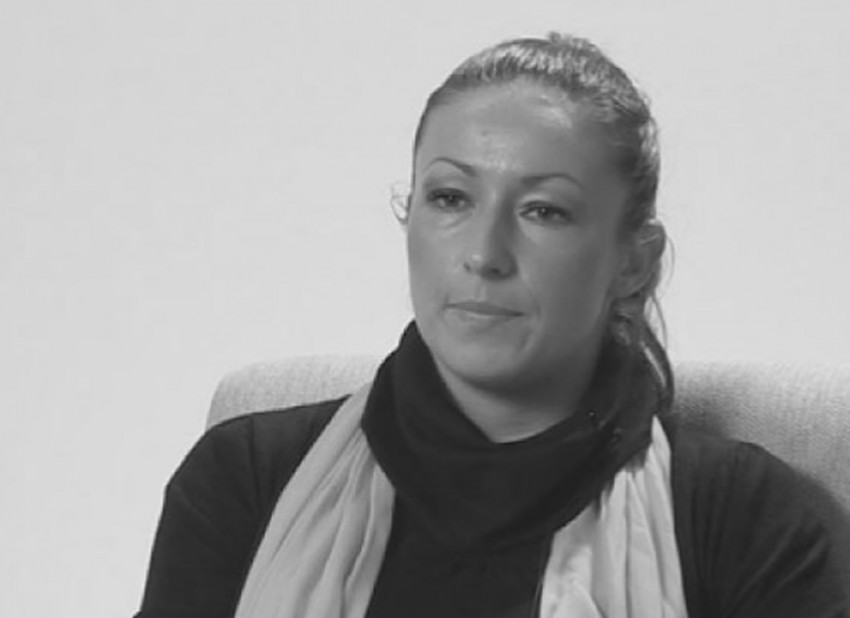 Indira was eight years old when the war in Bosnia – Herzegovina began. She does not remember much of her pre-war childhood but says that she vividly remembers the days that followed in the spring of 1992. She remembers the shelling, starvation and the day she lost her mother. She also remembers the heartbreaking farewell with her father on the 11th of July, 1995.

Indira says that she did not say goodbye to him because he said that they would meet soon in Tuzla.

Indira, along with her grandmother and younger brother, boarded an evacuation bus bound for Tuzla. She never saw her father again. Her father, along with the majority of men in Srebrenica, did not survive the Death March.

“I took my mother’s head into my hands and I kissed her. I never felt anything so cold before… then they took her to be buried.”

She chose to share her story because she believes that genocide and atrocities must be prevented in the future. She emphasized that what the survivors have endured must not be forgotten and that the silence about the past must be broken. Her story is real and inspirational. It is a personal story of genocide in Bosnia – Herzegovina.