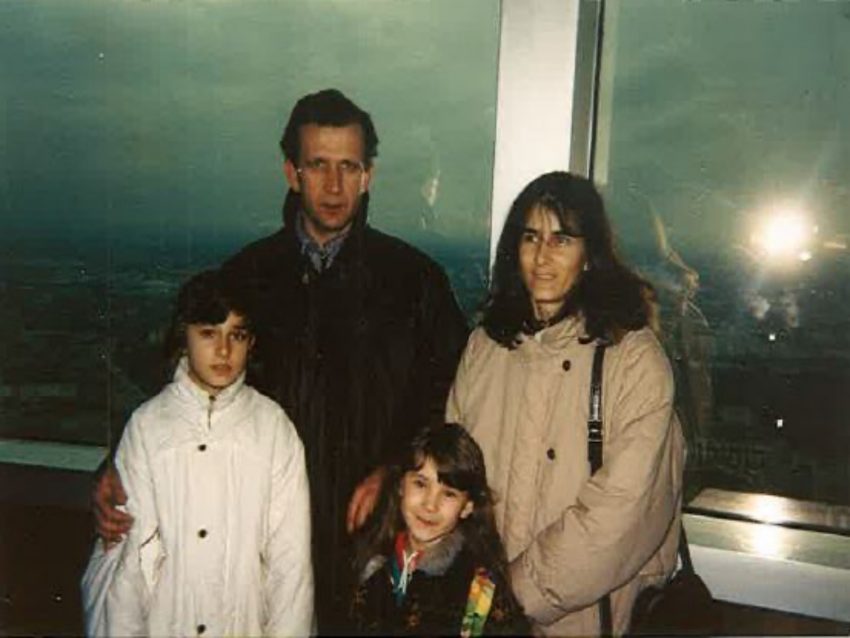 Even on the first day of the war, everything seemed normal. I went to school. I was in first grade, and one of my best friends was Bojan, a Serb. He and his family disappeared before the war, I never knew why. My mum went to work. It is hard to imagine right now, but people were hopeful and did not believe that war would come to them.

I cannot remember all the details of our escape that day, but this day marked the end of life, as I knew it. On this day end of April 1992, my life and the life of thousands of other children across Bosnia changed forever…

I remember walking home from school and after that, everything changed. We went with all members of my family to a city nearby, where around 30 people slept in the same room in a house. I do not know whose house it was. I do not know who all the people were. I know my mum and sister were there. It was crammed and the smell was hard to endure. Luckily, for us, one of my mum’s colleagues offered her to stay in his house with his family in another town close by. That is how we spent the first six months of the war. We were displaced in our country. The region we stayed in, is called the Bosnian Krajina. We stayed in a city called Velika Kladuša. A few months into the war, a new separatist conflict broke out there, and we were forced to flee to yet another city.

That was the end of 1992, and that is how we got into the UN safe zone of Bihać. Like Srebrenica, Bihać was under UN protection, and this meant that while the city was safe, the Serb army surrounded it. There, we spent the most difficult two years of the war.

I remember many things vividly; others are like a dream, yet others I only know from my mother’s tales.

I remember going to school, I was in second grade by the time we came to Bihać. The walk to school was a gamble with life. I usually went alone or with other kids along riverbanks, under bridges to be safer from potential shelling. There was lots of shelling. Often this would mean the school was closed. Other times we had to stay at school longer for the shelling to end. I cannot imagine now how it felt to sit in school and be in danger of dying. I think that as a child you do not see it this way. It was more difficult in winter, as the cold was almost unbearable. But, as much as possible, the school went on. We had very little books and other material.

There is one moment stuck in my memory from these times. One day, for homework, we were supposed to learn a poem off by heart. I do not remember the poem, but I remember I was proud of how well I learnt it. I had the book for the class at home and learnt the poem quickly. In class, one by one, we recited the poem. At some point, one of our classmates started to recite, but he could not remember all the words. The teacher asked him why he did not study, and he answered he has no books at home and he learnt what he could while listening to the others before him in class. The teacher wept for the rest of the class. We were just silently sitting there and looking at her.

I was seven at the time, but even then, it was clear to me that this was not a normal class, not a normal school and not a normal life. The boy got the highest grade.

There are many other stories from our time in Bihać. Stories of our playground being shelled while we were outside where once my sister was almost hit and only survived thanks to a neighbour bringing her to the bomb shelter in the basement of the building we stayed in. Stories of me and my mum reading all the books in the flat we stayed in; they belonged to the previous owner, a Serb, who left or fled the city before the war. Stories s of the smell of sweat and dirt from my uncles who lived in the same flat with us, when they came back from the front line. Stories of my grandma who also lived with us in this 50sq meter flat who tried to cook meals with the UN rations. Stories of neighbours helping with all kinds of things. Stories of my mother’s walks to the Red Cross to try to get a family reunification with my father who happened to be in Croatia when the war started and who fled to Germany. Stories of a bag of flour costing 100 Deutsche Mark (£50). Many other stories of sorrow, but also of solidarity and hope.

After two years in Bihać, through some miracle, my mother managed to get us on a Red Cross list eligible for family reunification in Germany. We first went to Zagreb by bus to one of my uncles who lived there. In Zagreb, the world felt endless and so peaceful. There was bread and you could walk on the street slowly without fear. We stayed 20 days waiting for our visa. Every day I went to the bakery to get bread. And every day there was bread. For two years in Bihać, I went almost every day in a line for bread, but most of the time, there had been none. It was a new beginning, and we were so hopeful for a normal life in Germany.

Perhaps it is better to think everything will be great once you are in safety. It is necessary to believe that. Otherwise, how can you keep going?

I think about how my mother must have felt. She left her mother and her brothers behind to save her children…we were hopeful, but life in Germany was far from easy. We stayed for several months in a cramped flat with my dad and my aunt’s family. Twelve people in a 90sqm flat. I did not sleep for a month, and when I did, I moonwalked. Often, my parents had to bring me back from the door downstairs. I was afraid of everything. It was too loud and too bright. After years of dark, my eyes could not stand the constant light. I did not want the streetlights to be on at night, they seemed dangerous. I did not want to hear fireworks; they could mean shelling. It took a long time to be certain of safety.

We stayed in Munich for four years. During this time, my parents worked constantly, my sister and I were mostly alone. We grew up rapidly; we spoke German after a few months and helped our parents with documents, doctors’ visits and pretty much everything you needed the language for.

As so many migrant children will understand, we did not feel like we belonged there, but we did not know our home anymore either.

The war ended while we were in Germany, but the country we left behind was a shadow of its former self. Still, we were deported two years after the end of the war and had to re-adjust to life in post-war Bosnia. It was not easy. Hell, it is not easy now. My parents are back in our hometown, living a retired life in Bosnia.

Eventually, I left to study abroad and never came back. I am now part of the vast Bosnian diaspora that only returns for holidays. My son is European and has all opportunities I never had. For him, I wish to grow up in peace and freedom. What I wish most, is that he does not carry our collective trauma further…

I was 10 years old when the war ended, but it was four years earlier that I stopped being a child.