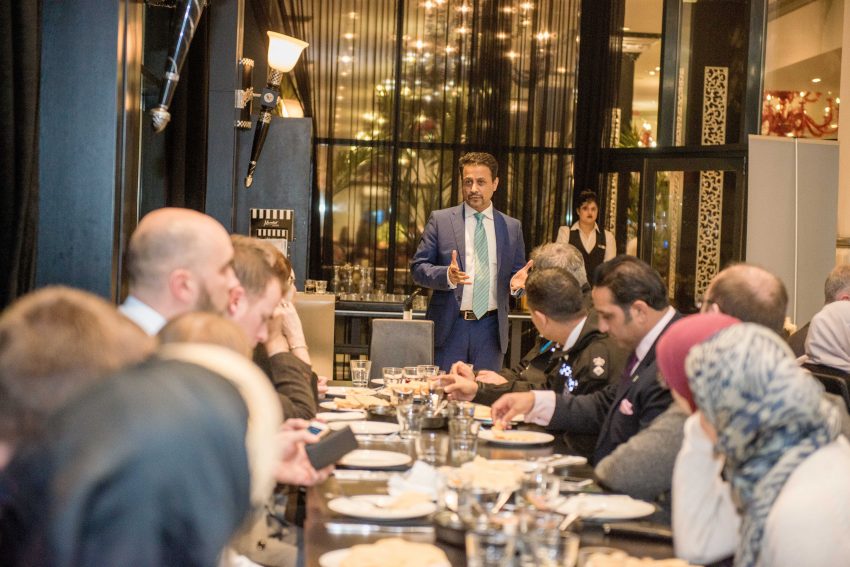 It was an opportunity for Remembering Srebrenica’s staff, the regional board, and Community Champions to reflect on their significant achievements in fighting back against the racism and bigotry that has become more prominent this year.

17-year-old Adisa Pudic from Batley won the award for Best Community-Focused Event for bringing together the diverse community of Dewsbury in a commemoration which highlighted the strength and beauty of Bosnian culture, while emphasising the need to learn from the past. Over 60 people including Christian and Muslim faith leaders joined council leaders and community representatives.

“For young people like Adisa to bring people of all generations together and emphasise the importance of cohesive communities is really powerful. In the wake of the terrorist killing of local MP Jo Cox there is shock and dismay that hatred can lead to such violent acts, so we must remind everyone of the past and stress the importance of focusing on what they have in common.
“A report was published this week showing that 25,000 people have responded to this act of terrorism with hate speech online, celebrating the murder of a local mother, who was dedicated to working for the good of people in Batley and Spen. Those people are a dangerous minority and we know that the people of Yorkshire welcome and cherish the diverse communities that live here. Tonight, we are highlighting the work of unsung heroes whose dedication as volunteers to making their communities safer and stronger is truly humbling.”

The theme for this year’s Srebrenica Memorial Week was “21: coming of age – time to act” as event organisers focused on the lost generation in Bosnia who never had the opportunity to celebrate their coming of age. By helping communities to take action now Remembering Srebrenica wants to ensure that young people in this country can feel safe regardless of their race, religion, sexual orientation, country of birth or ability.

The four other award winners were:

Read More »
PrevPreviousGloucestershire Learns the Lessons from Srebrenica
Next21 SecondsNext