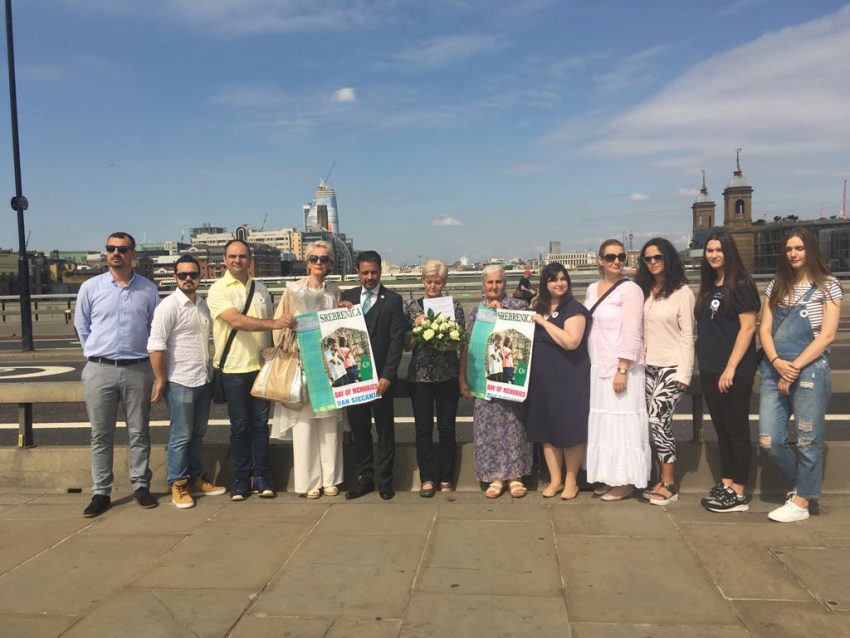 Today, survivors of the worst atrocity on European soil since World War kicked off Srebrenica Memorial Week by laying flowers on London Bridge to pay tribute to the victims of UK terror attacks. 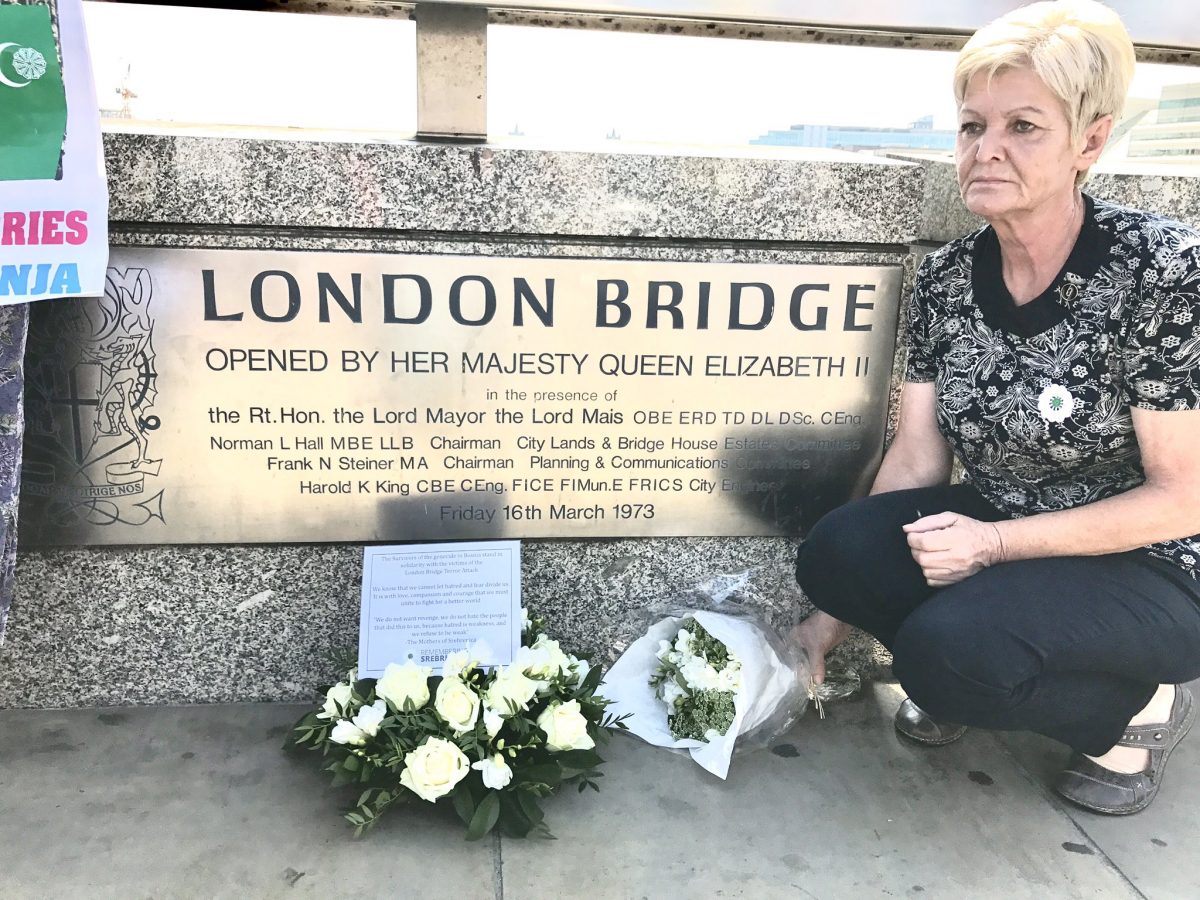 The two women are among Bosnia’s strongest campaigners for the rights of genocide victims and survivors. They will be speaking at the UK’s national Srebrenica Memorial Day commemoration at London’s Guildhall on Tuesday evening to over 700 guests.

Munira Subašić explained why they wanted to show solidarity with the victims of the UK’s terror attacks:

“As mothers, we share the pain of the country at such a senseless loss of life, but we bear no hatred towards those who carry out inhuman acts, because hatred is weakness and we refuse to be weak. Instead, we stand shoulder to shoulder with you in rejecting all forms of violence based on hatred and extremism and in challenging hatred and intolerance to stop the spread of violence.” 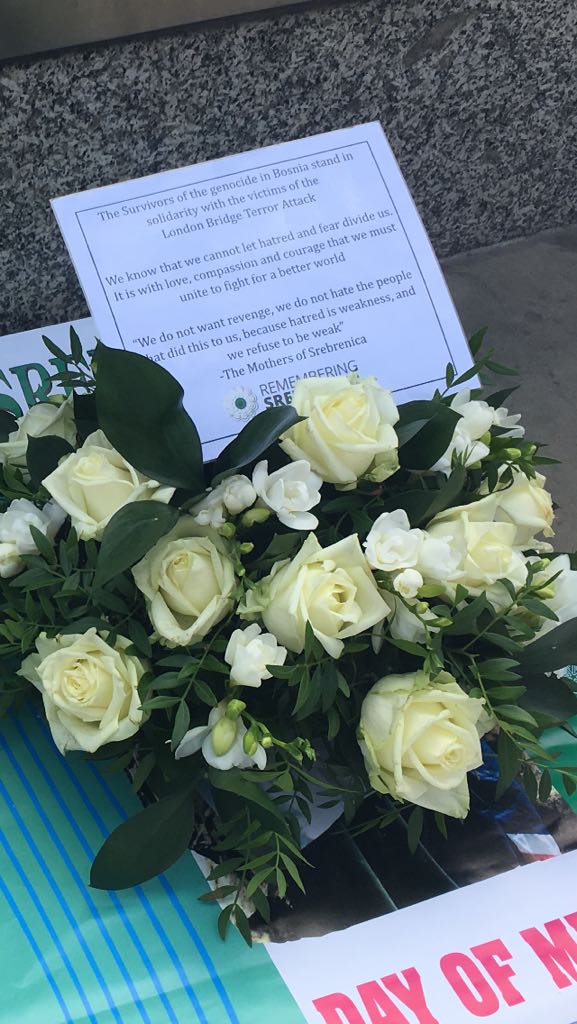 Tuesday marks the 22nd anniversary of the genocide in which thousands of Bosnian Muslim men and boys in Srebrenica were separated to be murdered on account of their Islamic faith while women were tortured and raped. Remembering Srebrenica’s 1,000-strong Community Champions have worked together to organise over 400 Srebrenica Commemorations in towns and cities across the UK. These will bring people together to build stronger, more cohesive communities free from all forms of hate.