Srebrenica genocide survivor tells his story to students in Bedfordshire 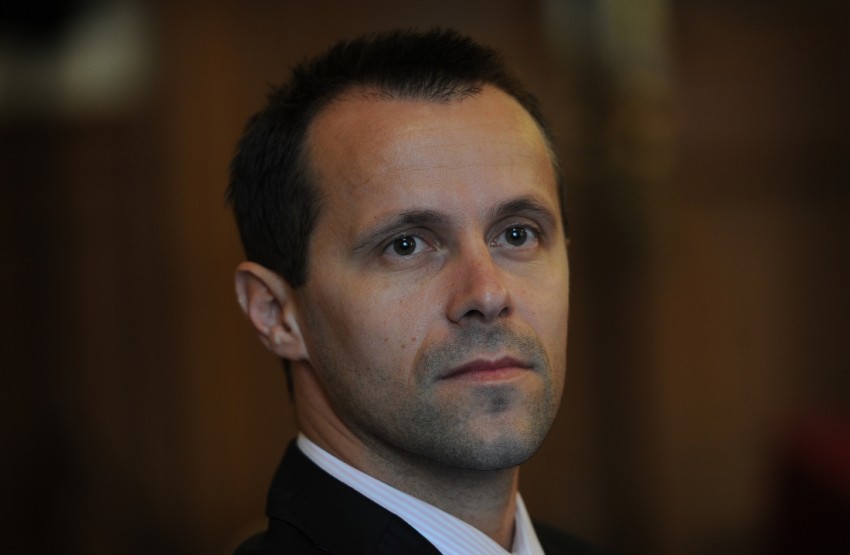 A survivor of the Srebrenica genocide is marking the 21st anniversary of the atrocity by telling his story to UK school children.

Bosnian Muslim Nedžad Avdić incredibly escaped death at the hands of Bosnian Serb forces in July 1995 and is coming to Britain to tell his story. Nedžad and his family had to flee their home after it was attacked and undertook a perilous journey to the safe area of Srebrenica. However, when Srebrenica fell and the town was besieged by the Serb militia, Nedžad fled with his father and uncle. They were captured with thousands of others and taken to be executed in a field, yet he escaped and is back living in Srebrenica today.
The visit has been organised by UK charity Remembering Srebrenica and supported by University of Bedfordshire after staff and students went to Bosnia-Herzegovina on the ‘Lessons from Srebrenica’ educational visit programme to learn the lessons of the past.
Organiser of the visit at University of Bedfordshire Dr Helen Connolly, Senior Lecturer in Sociology said:

“We are proud to be able to welcome such powerful speakers to Bedfordshire. Having been to Srebrenica I was incredibly moved, and I am now determined that more people learn about the terrible genocide that occurred there and ensure that such acts cannot happen again. It is vital that young people appreciate the chances they have here to get an education when many young people in Srebrenica had their lives destroyed because of hatred and intolerance.”

Nedžad will recount his experiences to school, college and university students in Bedfordshire along with Remembering Srebrenica’s Resad Trbonja, who lived through the siege of Sarajevo now works tirelessly leading visits to help others learn from the Srebrenica genocide.

“This year is the 21st anniversary of the genocide that occurred in Srebrenica – the single greatest atrocity committed on European soil since the Second World War and a brutal reminder of man’s inhumanity to man. Our theme for this year is 21: coming of age – time to act, so speaking to students who will shortly reach this age is vital.

“Nedžad’s engagement with these young people will help them learn lessons from a tragedy that happened before they were born. We hope his story inspires them to take personal actions that help to tackle hatred, build stronger, more cohesive communities and ensure Srebrenica is never forgotten.”

In July 1995 General Ratko Mladić and his Bosnian Serb forces marched into the town of Srebrenica and systematically murdered 8372 Bosnian Muslim men and boys.

Aged 17 at the time, Nedžad survived by wandering through the woods, hiding in streams and sleeping in grave-yards to reach safety in the nearest Muslim territory of Tuzla. Many never made it. Nedžad lost his father, brother and uncle. Many thousands of men and boys were systematically murdered while trying to reach safety.

The charity also runs the ‘Lessons from Srebrenica’ educational visit programme to learn from the genocide and people’s lives. On return to the UK, delegates pledge to organise projects in their communities to strengthen community cohesion and create a better society.