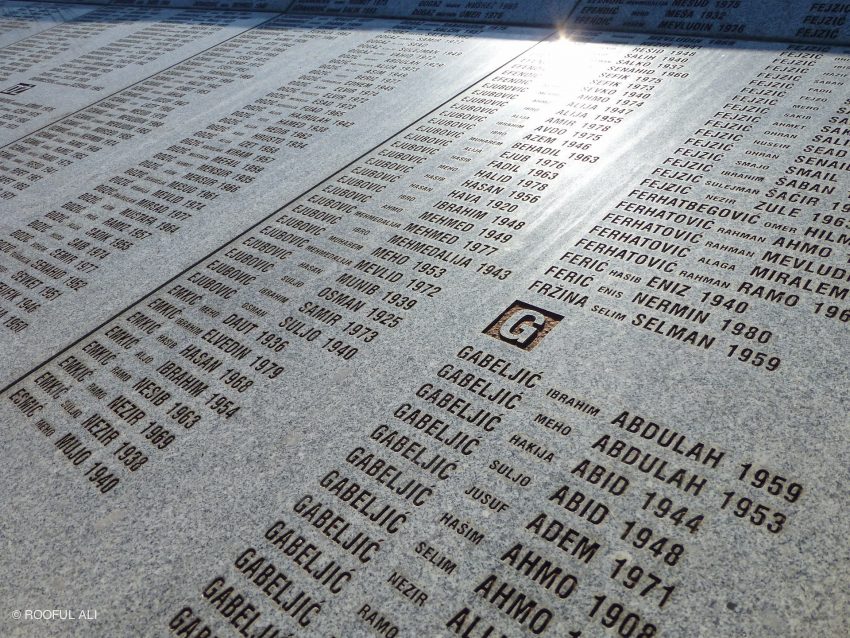 27th January was the 72nd anniversary of the 1945 liberation of Auschwitz-Birkenau, the largest Nazi death camp, and people all over the UK marked Holocaust Memorial Day.

The theme of this year’s Memorial Day was how can life go on after genocide and Remembering Srebrenica’s staff and Community Champions were involved through speaking, providing exhibitions, doing workshops and helping not only to commemorate the victims, but to look at how survivors have rebuilt their lives. 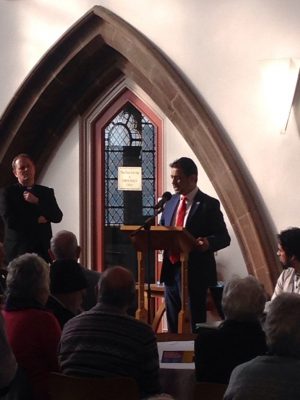 Commemorations Across the UK

The charity’s staff and volunteers took part in commemorations in cities across the UK and also volunteered at the national commemoration in London. Chairman Dr Waqar Azmi OBE spoke at the Walsall Ceremony, while the Chair of our Northern Ireland Board, Peter Osborne, was the keynote speaker at a commemoration in Ballymena. In Armagh, Peter was also joined by other board members at the commemoration, as they spoke about Srebrenica.

At the civic commemoration in Birmingham, the leader of the UK Bosnian Network, Anes Cerić lit a candle for the victims of all genocides since the Second World War, while there was also an exhibition of artist Robert McNeil MBE’s paintings. These reflected his experiences working as a Forensic Technician in Bosnia, excavating mass graves after the war, and provided a powerful reminder to attendees of the horrors of life after genocide. Robert also spoke at commemorations in his native Glasgow. 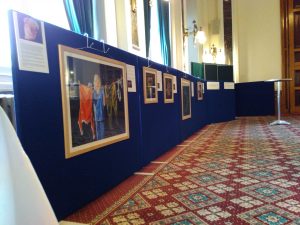 The University of Huddersfield and Kirklees Council worked with the 6 million+ Charitable Trust in holding an event called, ‘They could not erase us’ which featured testimony from three genocide survivors, including one from Bosnia.

In North-West England, two community action events took place in Preston; one with Disability Equality, where Community Champion Yusuf Tai spoke, and another at Preston Minster, where our North-West board chair, Elinor Chohan spoke. Meanwhile in the Wirral, another of our board members, Steve Baker spoke at two very different events; one in a prison and another with the council, while in St Helens, a Remembering Srebrenica exhibition was held throughout this week at the library to highlight what happened in the genocide. 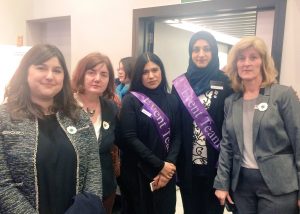 Bristol, Redditch and Bradford are among the other towns where Holocaust Day commemorations featured speakers on Srebrenica.
Chairman Dr Waqar Azmi OBE said: “It is important to remember the victims of The Nazi Holocaust and all subsequent genocides and reflect on the awful events that led to so many people’s lives being destroyed.

“We should take strength from Munira Subašić of the Mothers of Srebrenica who says that ‘hatred is weakness and we refuse to be weak’. I am proud that our Community Champions are showing that life must go on, not by being silent partners or bystanders, but by uniting communities to stand up to hatred and intolerance.”