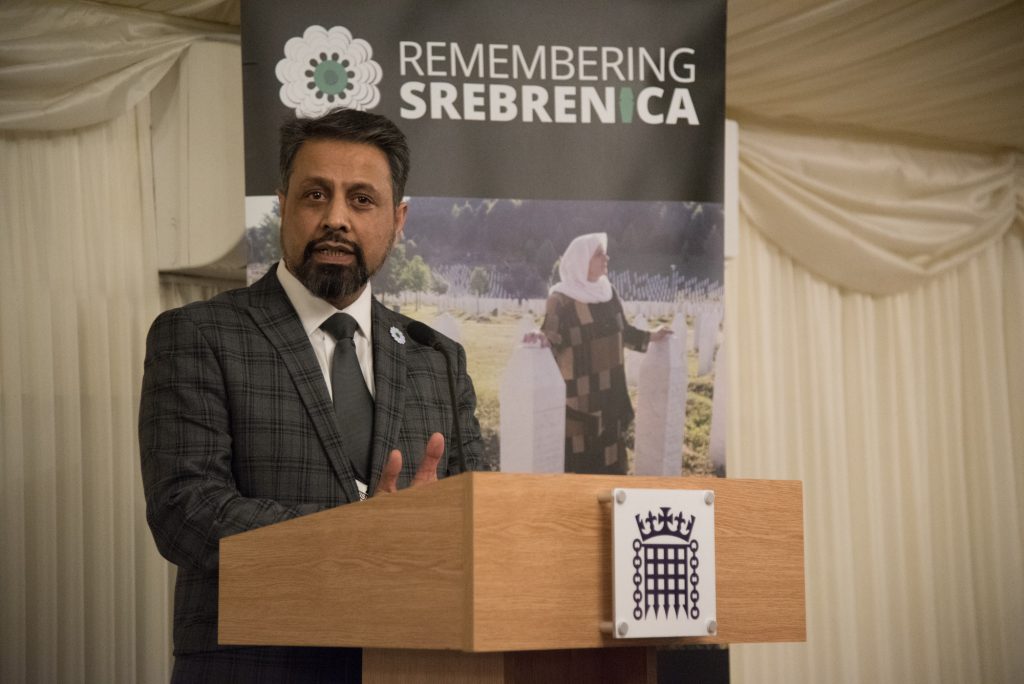 London, United Kingdom: Remembering Srebrenica, the UK charitable organisation which promotes Srebrenica Memorial Day and educates on the consequences of hatred welcomes today’s appeal verdict by the International Criminal Tribunal at the Hague which upheld the decision that Ratko Mladic is guilty of genocide in Srebrenica and crimes against humanity across Bosnia-Herzegovina following an appeal by him against his original conviction.

As Commander of the Bosnian Serb Army, Mladic led a murderous campaign of genocide, ethnic cleansing and crimes against humanity throughout Bosnia-Herzegovina between 1992-1995. He participated in joint criminal enterprises, including the terrorising of the population of Sarajevo and the intent to eliminate Bosnian Muslims in Srebrenica where 8,000 Bosnian Muslims were brutally murdered in what is widely known as the worst atrocity on European soil following the Holocaust.

Across Bosnia-Herzegovina 100,000 people died, over two million men, women and children displaced and an estimated 20-50,000 women were raped as part of a strategy of ethnic cleansing.

In 2017, the International Criminal Tribunal for former Yugoslavia found Ratko Mladic guilty on 10 of 11 counts, including genocide and persecution on ethnic and religious grounds, as well as extermination, murder, deportation and other inhumane acts.

Dr Waqar Azmi OBE, Chair of Remembering Srebrenica UK said that he stands with the survivors from Bosnia and Herzegovina in their relief that Ratko Mladic has been held accountable for his horrific crimes:

“Today’s verdict is a testament to the dignity and bravery of survivors in Bosnia and Herzegovina who have never campaigned for revenge attacks but justice through the courts for crimes of genocide and ethnic cleansing committed based on hatred”.

“I want to pay tribute to survivor associations particularly the Association of the Mothers of Srebrenica whose courage in giving evidence to the courts and their tireless campaigning for justice has ensured that the chief architects of genocide and ethnic cleansing like Ratko Mladic are convicted”.

Munira Subasic, President of the Association of Mothers of Srebrenica and Zepa enclaves, along with three other mothers, attended the handing down of the final verdict at the Hague.

“Ratko Mladic has personally commanded the genocide in Srebrenica. We remember his words as if they were spoken yesterday. The pain we felt then, we still feel it today. No one can bring our children, husbands, and loved ones back but justice has prevailed. He is guilty of genocide in Srebrenica and Bosnia and Herzegovina. We hope that this trial and the Srebrenica genocide serves as a warning and a lesson for the future generations so that it may never again be repeated.”

Dr Waqar Azmi OBE, Chair of Remembering Srebrenica UK condemned those who are glorifying Ratko Mladic and denying the genocide:

“Those people who are glorifying Ratko Mladic and continue to deny the genocide must be condemned. They are not just disregarding the rulings made by the international courts but are promoting hatred and division, seeking to aggravate the pain and suffering of survivors and closing the door for reconciliation”.

“The significance of today represents more than just a sentence against one individual. It represents a powerful rebuke to genocide deniers and shows that those who seek to divide communities with an ideology fuelled by religious and ethnic hatred will be brought to justice”.

“As we do each year in July, Remembering Srebrenica UK will be marking Srebrenica Memorial Day in one month’s time where thousands of memorial activities will be taking place across communities in the United Kingdom to honour those who were murdered and teach future generations to reject hatred. We call on everyone to do their bit, however big or small, to commemorate Srebrenica Memorial Day as this is the best weapon against glorifiers of Ratko Mladic, genocide deniers and  promoters of hatred and extremism”.