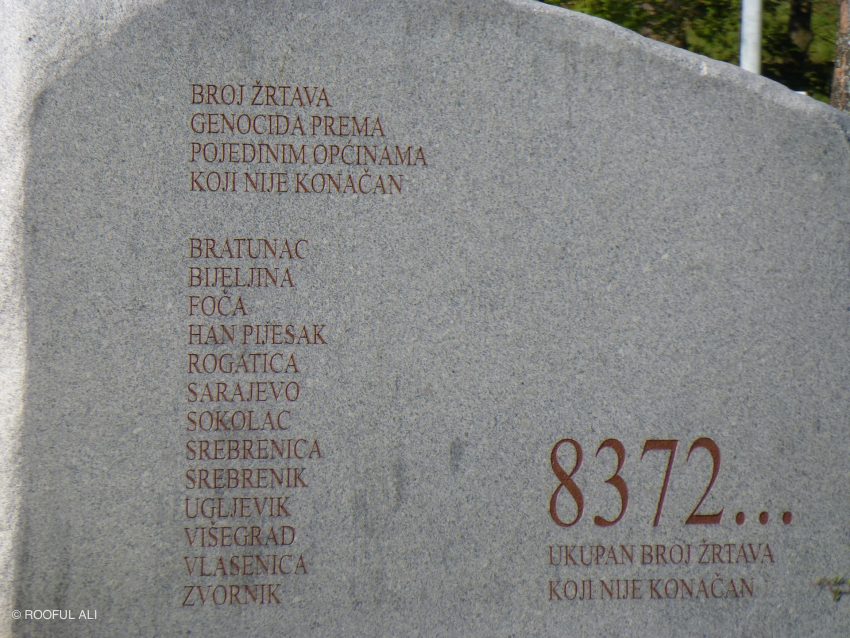 Students from four schools will be travelling to Bosnia this weekend on a pioneering programme that will inspire them to evoke change in their own communities by learning from the past.

Garth Hill College, Huxlow Science College, Sandhurst School and Sir Herbert Leon Academy were selected to be part of this exciting programme. Having previously worked closely with the charity Remembering Srebrenica to teach their students about the need to tackle hatred, the schools are keen to further develop the leadership skills of their students.

The visit is part of a year-long programme that aims to educate young people about the Srebrenica genocide – the worst atrocity on European soil since the Second World War and the consequences of hatred. The students attend workshops before and after the visit, as well as the four-day visit to Bosnia in order to equip them with the knowledge and confidence to share what they have learned with their schools and wider communities.

The group will learn about the genocide in Srebrenica which happened 22 years ago, when General Ratko Mladić and his Bosnian Serb forces marched into the town of Srebrenica and systematically murdered 8372 Bosnian Muslim men and boys. They will hear from survivors of the genocide and relatives of the victims, as well as the International Commission on Missing Persons which has spearheaded the effort to locate and identify the 40,000 people who went missing during the conflicts in former Yugoslavia.

“Visiting Bosnia and hearing from survivors of the genocide is a moving but vital experience and we know from experience the impact it has. We have taken nearly a thousand people on the Lessons from Srebrenica programme over the last three years and these have all returned to become Community Champions, promoting safer, stronger and more cohesive communities in the UK.”

“We are looking to build long-term relationships with these young people and work with them, not just throughout the year, but also to follow their progress after they leave school, either through university or into future careers, to support them in their role as future leaders against hatred and intolerance.”

Hannah McAuley, one of the students from Garth Hill College, stated:

“I want to be able to help tackle intolerance and discrimination within our society. Remembering Srebrenica promotes these ideals and is constantly making sure that others realise that due to this intolerance, discrimination and prejudice extreme events just like the genocide can occur.”

“I hope to educate myself and broaden my views on the world which will then allow me to educate others, so I can help prevent the development of hate in our society.”

The Future Leaders in Schools Programme

The Future Leaders in Schools programme is one aspect of Remembering Srebrenica’s wider education programme which has seen over 32,000 children benefit from its work in schools, and over 1,000 each year participate in the 8-3-7-2 memorial football tournament.