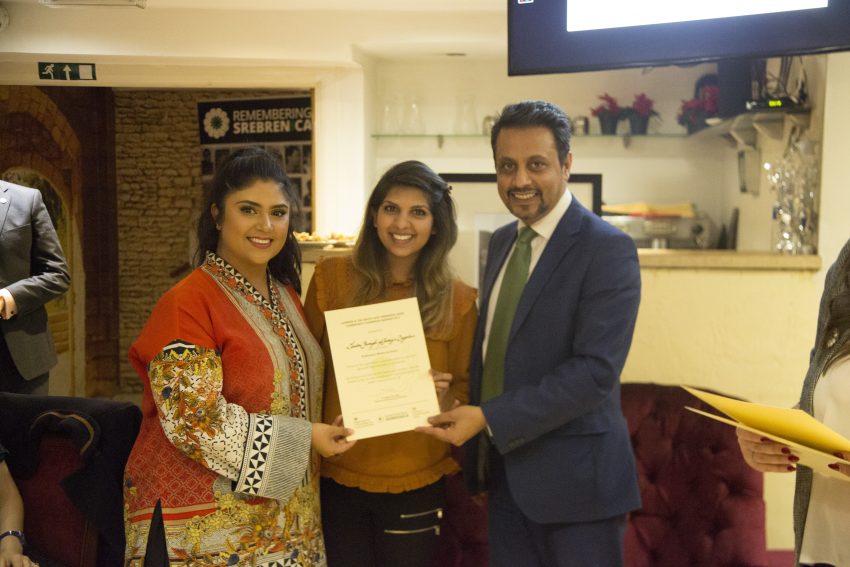 Remembering Srebrenica have held their second-ever London Awards Dinner to celebrate the work of Community Champions and volunteers from across London and the South East. The Region held the most Srebrenica Commemoration community action events of any English Region this July- with over 130 Srebrenica commemorations taking place across the Region, aimed at educating new generations about the dangers of hatred and discrimination, and bringing together different communities to combat intolerance through commemorating the Srebrenica genocide.

From theatrical performances to religious services to library workshops, a variety of different commemorations were celebrated for creating innovative new ways to engage people in learning about the genocide and improving social cohesion in their own communities. Hundreds of votes were cast online for nominees in seven different categories such as Interfaith Work and Community Engagement, and winners of the awards included Newham Borough Council, Hampton School, West London Synagogue, and the National Union of Teachers, all of whom held commemorative community action events in July to tackle prejudice and build community relations.

“As the most diverse city in the UK, it’s so important that London sets an example when it comes to combatting hatred and discrimination, and teaching future generations to challenge intolerance and celebrate diversity. I’m immensely proud of the work that London Community Champions carried out this July to raise awareness of the Srebrenica genocide, and to ensure that we can learn from the tragic consequences of hatred to build stronger and more cohesive communities here in London and across the UK.”

“We know it is not enough to simply say ‘never again’ after genocide, we must take concrete actions within our society to ensure that hatred and intolerance is never left unchallenged. Our fantastic Community Champions held over 100 community action events across London during July to ensure that those who died at Srebrenica are never forgotten, and this awards dinner is an opportunity to celebrate their hard work and commitment to fighting hatred”