Prominent Scots to Learn Lessons of Genocide in Bosnia 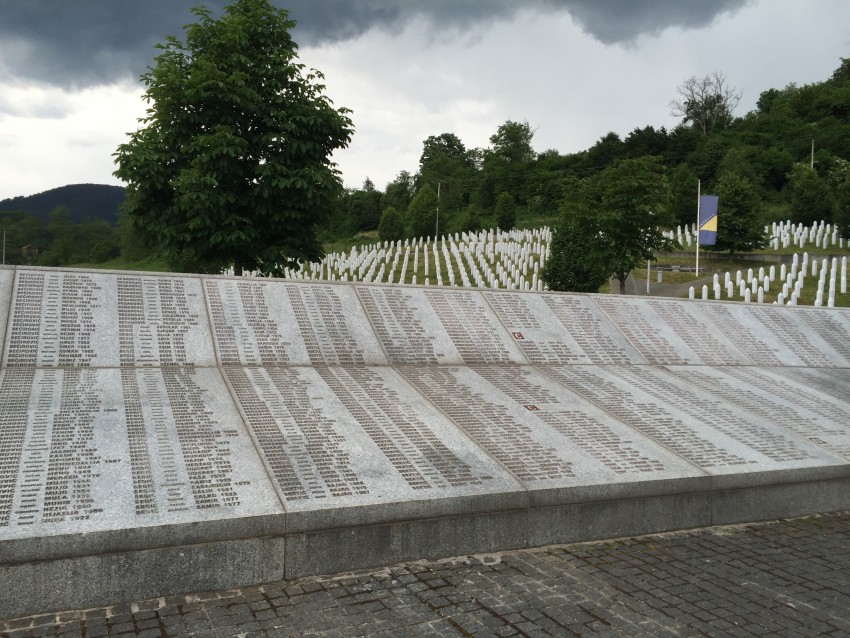 The charity Remembering Srebrenica is taking a delegation of prominent Scottish politicians, educators and journalists to Srebrenica this week to learn how lessons from the worst atrocity on European soil since World War Two can be used to help create a better, safer and stronger society in Scotland.

The “Lessons from Srebrenica” delegation will be led by Police Officer David Hamilton, a senior official in the Scottish Police Federation and a Trustee of Remembering Srebrenica (Scotland). During the Bosnian War, Mr Hamilton drove relief lorries throughout Bosnia with the volunteer charity Edinburgh Direct Aid. He will be joined by Stephen Gethins, the MP for North East Fife, who was until recently a Special Adviser to Scotland’s First Minister, advising on European and International Affairs and has a long-standing interest in the Balkans and peace-building.

First Minister Nicola Sturgeon also travelled to Srebrenica with the charity recently and was so deeply moved by the experience that she has pledged that the Scottish government will work to remember the victims and help more people in Scotland to learn the lessons from what happened.

“I am honoured to be going on this important delegation to hear first-hand about what happened in Srebrenica. As politicians we have a responsibility to ensure we never forget that atrocities such as this have taken place and take action in order that it can never happen again.”

The group will learn about the genocide in Srebrenica which happened 21 years ago when General Ratko Mladić and his Bosnian Serb forces marched into the town of Srebrenica and systematically murdered 8372 Bosnian Muslim men and boys. The delegation will hear from survivors of the genocide and relatives of the victims, as well as officials from the International Commission on Missing Persons which has spearheaded the effort to locate and identify the 40,000 people who went missing during the conflicts in former Yugoslavia.

The visit is part of Remembering Srebrenica’s wider education programme which has seen 21,000 young people in the UK learning the “lessons from Srebrenica”. In Scotland this has been supported with a bespoke teaching resource designed for the Scottish Curriculum for Excellence and launched last year. The Scottish charity also organises an annual memorial event to mark the EU-wide day of remembrance for the victims of the genocide.

Former Scottish Labour leader Johann Lamont MSP, who is also on the delegation, was herself a teacher. “All of us on this delegation are keen to hear first-hand about this genocide and in particular meet with those who survived this awful event. We will take back their stories and their experiences to help us share the lessons learnt with our own communities”

David Hamilton of Remembering Srebrenica Scotland, added: “People always said following the Holocaust in World War Two that never again could we allow it to happen. But it did, 50 years later in Srebrenica. That is why it is so important that we take key influencers, like those on this group, to continue the work of educating people about the consequences of allowing hatred and intolerance to go unchallenged in Scotland.”

Other delegates travelling to Bosnia on Sunday include Larry Flanagan, General Secretary of the Educational Institute of Scotland, Professor James Mitchell from the University of Edinburgh, Maggie Singleton a former Arts Officer, journalist and columnist Dani Garavelli and Bernard Dunleavy an Irish Barrister and founder of the #redTshirt refugee initiative.
The ‘Lessons from Srebrenica’ educational programme will be taking a number of high profile delegations out throughout the next three years. This year the participants include politicians, faith leaders, teachers, barristers, journalists and students all of whom pledge to organise projects in their communities to strengthen community cohesion and create a better society on their return.