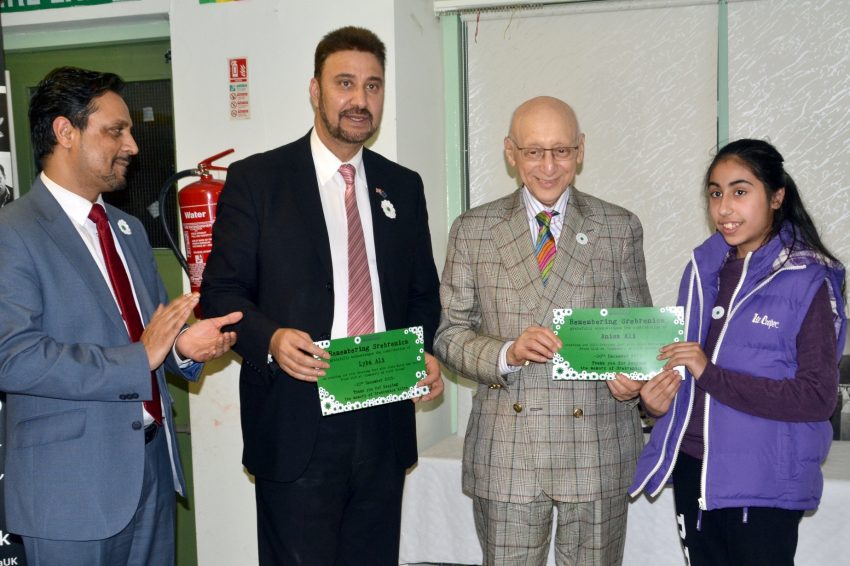 Members of the Girls’ Press Club, aged between 11 and 14, created a Srebrenica flower at a special workshop to teach young people about the Srebrenica genocide and the importance of challenging hatred.

Remembering Srebrenica has now chosen the children’s artwork to close the 20th anniversary year of the Srebrenica genocide – the worst crime on European soil since the Second World War, which saw more than 8,000 Bosnian Muslim men and boys systematically murdered because of who they were.

The MEP for North West England, who is also Bosnia & Herzegovina spokesman for the Socialists and Democrats Group in the European Parliament, said:

“It has never been more important to engage with our young people and help them to learn the lessons from the Srebrenica genocide. There has been a staggering increase in anti-Muslim hatred in Britain following the Paris attacks. We must teach children that hatred leads to genocide. I’m delighted that Manchester children have contributed to the important work being done by Remembering Srebrenica. This excellent project has created a beautiful artwork to help people understand the importance of challenging hatred and intolerance. Whilst it’s vital to commemorate the past, we must ensure our young people help to shape a better, safer and stronger society.”

Some 20 girls took part in the workshop to create the artwork, which Remembering Srebrenica has chosen to create the 2015 card. The group created hand-shaped ‘petals’ upon which they wrote personal messages of peace, love and hope.

Aisha Khan, aged 11, took part in the workshop and said:

“It was really moving to hear about what happened in Srebrenica 20 years ago. I think it’s important to do everything we can to stop such a terrible thing happening again. It was really good to create our flower and it’s great that Remembering Srebrenica has used it on this year’s greetings card.”

Manchester volunteer Aisha Mirza is one of more than 500 community champions from across Britain who have pledged to work with Remembering Srebrenica to raise awareness of the genocide and create stronger and safer communities in the UK.

“The girls created an artistic response to what they learned about the genocide and produced a beautiful design. I am delighted that Remembering Srebrenica has chosen their artwork to appear on its seasonal greetings card this year.”

“Next year marks the 21st Anniversary of the Srebrenica genocide and reaching the age of 21 traditionally represents a coming of age in the UK. This atrocity denied hundreds of young Bosnian Muslims the chance to mark their own coming of age and fulfil their potential. Remembering Srebrenica is committed to engaging with young people in the UK, so that they become our next generation of champions – leading the challenge against hatred and intolerance, whilst helping to create a better, safer, more cohesive society.”