Londoners Travel Together to Learn the Lessons of Srebrenica Genocide 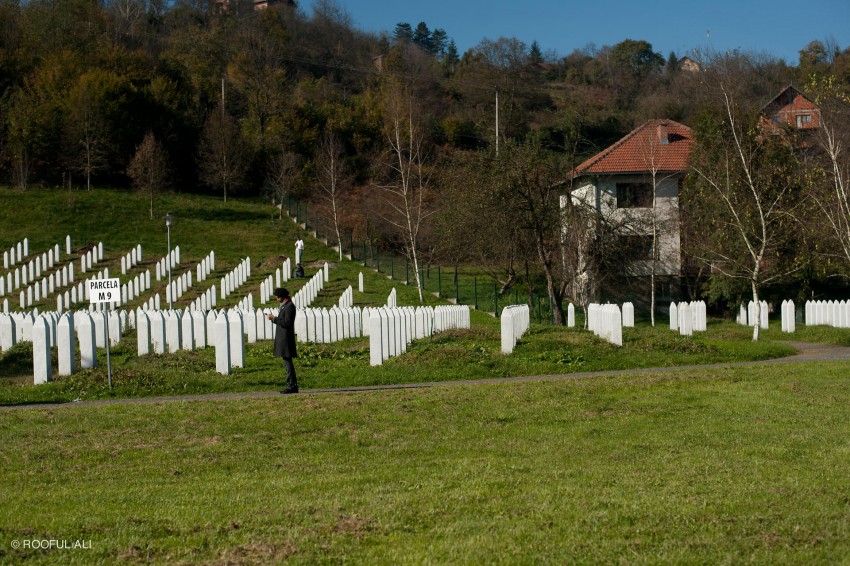 Remembering Srebrenica is taking a group from London on a “Lessons from Srebrenica” delegation to Bosnia this week to learn how lessons from the worst atrocity on European soil since World War Two can be used to help create a better, safer and stronger society here.

The delegation will be led by Rameez Kaleem, who is chair of the London and South East Board of Remembering Srebrenica and Rooful Ali, founder of the Emerald Network. They will be joined by a diverse selection of delegates, including faith leaders, educators, lawyers, students and artists who will all become Community Champions for the charity on their return.

“Over 50 commemorative and community action events were organised by our Community Champions in London and the South East during Srebrenica Memorial Week this year and we recognised their achievements with an awards ceremony on Saturday.

“I’m very confident that the people we are taking now will help us to build on these successes by getting more schools, places of worship and workplaces commemorating and bringing communities together to learn that we must live together well, not just beside each other.”

The group will learn about the genocide in Srebrenica which happened 21 years ago when General Ratko Mladić and his Bosnian Serb forces marched into the town of Srebrenica and systematically murdered 8372 Bosnian Muslim men and boys. The delegation will hear from survivors of the genocide and relatives of the victims, as well as officials from the International Commission on Missing Persons which has spearheaded the effort to locate and identify the 40,000 people who went missing during the conflicts in former Yugoslavia.

The ‘Lessons from Srebrenica’ visit is part of Remembering Srebrenica’s wider education programme which has seen over 21,000 young people learning the lessons from this genocide and applying it to think about what we can do to strengthen communities here.

“We are delighted to be strengthening our network of Community Champions in London by taking people on our ‘Lessons from Srebrenica’ programme who will inspire others to take action against the spread of hatred. This sends a powerful message that, 21 years after the genocide, we are determined not only to remember the victims, but to act to prevent similar atrocities happening again.”

“Never has it been more important for us to learn the lessons from Srebrenica. We must build better and safer societies for all, otherwise those who spread divisive messages will go unchallenged in their efforts to breed hatred and intolerance.”

The ‘Lessons from Srebrenica’ educational visit programme will be taking a number of high profile delegations out throughout the next three years. This year, community action to mark the 21st anniversary of the genocide included a UK Commemoration at the Foreign Office, faith and interfaith events at Churches Mosques and Synagogues, concerts, art exhibitions, film screenings, a football tournament, peace walks, school workshops and assemblies.