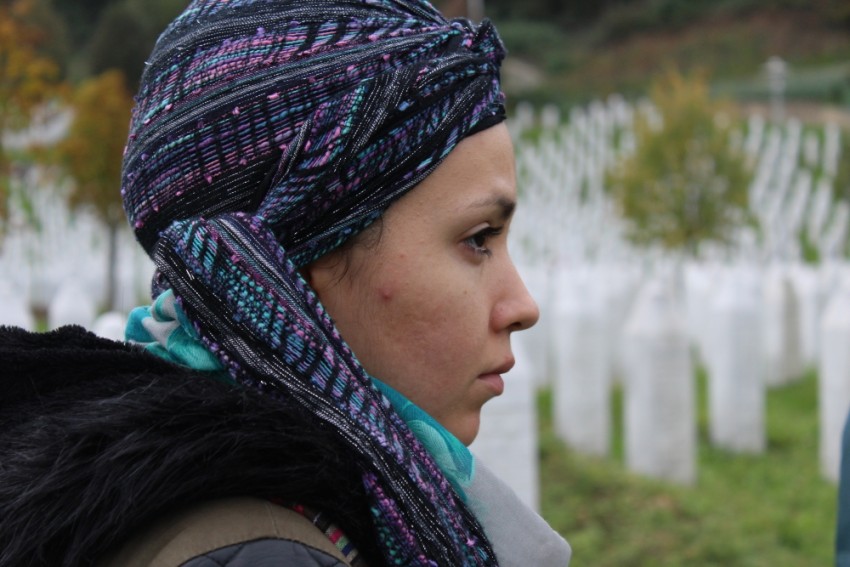 Following their educational visit to Bosnia & Herzegovina with Remembering Srebrenica, members of the You Press social enterprise have created a unique creative arts project, called ‘I Remember Srebrenica’.

The performance takes place from 6.30 to 9.00pm on Saturday 28 November 2015 at Barking Learning Centre, 2 Town Square, Barking, IG11 7NB. Tickets are priced at £7 and available at remembersrebrenica.eventbrite.co.uk. Proceeds will go to supporting the work of Remembering Srebrenica.

On 11 July 1995, 8,372 were systematically massacred and buried in mass graves in Srebrenica. Thousands of women, children and elderly people were forcibly deported and a large number of women were raped. It was the greatest atrocity on European soil since the Second World War.

“We’re aiming to help people in London communities understand and learn the lessons from Srebrenica. It’s so important that we create understanding of the genocide among new generations in Britain”, said songwriter and musician Emily Churchill Zaraa.

Emily was one of 20 talented artists and students who travelled to Bosnia & Herzegovina in October 2015 with a group of to embark on a once in a lifetime trip to learn about the Bosnian war and genocide. Members of the group are pictured visiting the Srebrenica-Potočari Memorial complex, where some 6,600 genocide victims are buried.

“I was born in the year of the genocide. Coming here has opened my eyes and I see the true extent of this tragedy. There has been no closure in Bosnia and the effects are still being felt today. I’m determined to share the lessons from Srebrenica with my peers.”

As well as learning about the current situation for survivors and families whose loved ones were killed, the group is looking at the lessons which can be taken from the genocide. Inspired by their experience they have pledged to take social action in their communities across the UK.

“Our aim with the project is to teach current and future generations about the consequences of hatred and intolerance through poetry, spoken word, music, photography and film.”