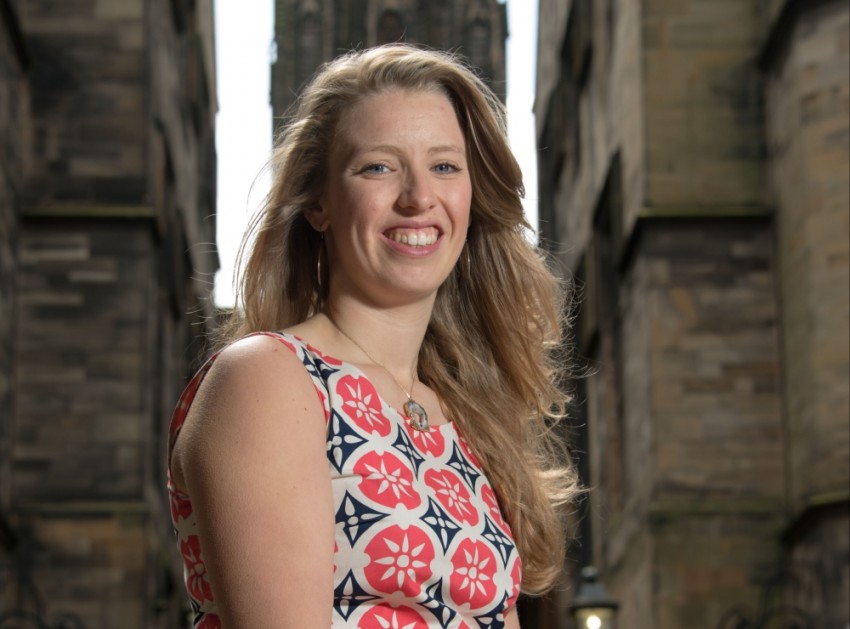 Hannah Mary Goodlad, Moderator of the Church’s National Youth Assembly, became interested in the charity’s work, when she met up with the chair of its Scotland board, The Very Rev Dr Lorna Hood at the General Assembly in May this year.

But listening to Nura Begović address hundreds of people at July’s memorial service in St Giles’ Cathedral, Edinburgh prompted Hannah Mary to dedicate the first fundraising activity of her year as Moderator to Remembering Srebrenica.

This year marks the 20th anniversary of the genocide – the worst crime on European soil since the Second World War., More than 8,000 Bosnian Muslim men and boys were systematically murdered because of who they were.

Nura Begović, 58, was one of four Srebrenica Mothers who visited Scotland during Memorial Week in July. She survived the genocide, but her only brother Adil did not. Nura now lives in Srebrenica with her husband Ahmet who also survived the atrocity by reaching Tuzla in the ‘Death March’.

Her brother was born in August  1952, in Srebrenica, where he had worked at a transport company. Adil’s remains have not yet been found and his mother died without burying her son. Nura is still searching for her brother’s remains.

Young  CofS members, aged 17 to 25, raised the money on the last evening of their four-day Youth Assembly held at Gartmore House, Stirling.

Hannah Mary, 25, who grew up on Shetland and studied at Glasgow University and Imperial College London, said:

Many people of my generation know nothing about what happened at Srebrenica – it seems to have slipped off the radar and I can’t understand why. It is even more poignant now, particularly given current issues around refugee crisis – we still haven’t learned to be tolerant and to speak out against hatred.

“It is really important for the Church of Scotland to speak up for those women who lost husbands, sons, fathers and brothers in the genocide. It’s an act of inter-faith solidarity between ourselves and Bosnian Muslims – if we stay silent, we immediately take the side of the oppressor.

“Hearing Nura give her heartfelt and moving testimony in St Giles was a further incentive to help ensure the atrocity is remembered. I decided to use the first fundraising opportunity of my time as Youth Moderator to do something to help.”

The fundraising dinner followed a Srebrenica workshop led by David Plews a member of the board of Remembering Srebrenica Scotland. Fellow board members The Rt Rev Angus Morrison – Moderator of the General Assembly of the Church of Scotland – and John Corrigan also addressed Assembly members ahead of the event.

The Very Rev Dr Lorna Hood, chair of  the Remembering Srebrenica Scotland board – herself a former Moderator of the General Assembly of the Church of Scotland – said:

I am delighted that Hannah Mary has chosen to start her year as Youth Assembly Moderator by encouraging young Church members to raise funds in support of Remembering Srebrenica in Scotland.

“I thank everyone who contributed and we shall use this donation wisely to continue our work in raising awareness of what happened, whilst helping Scottish people build safer stronger communities though heeding the lessons from Srebrenica.”