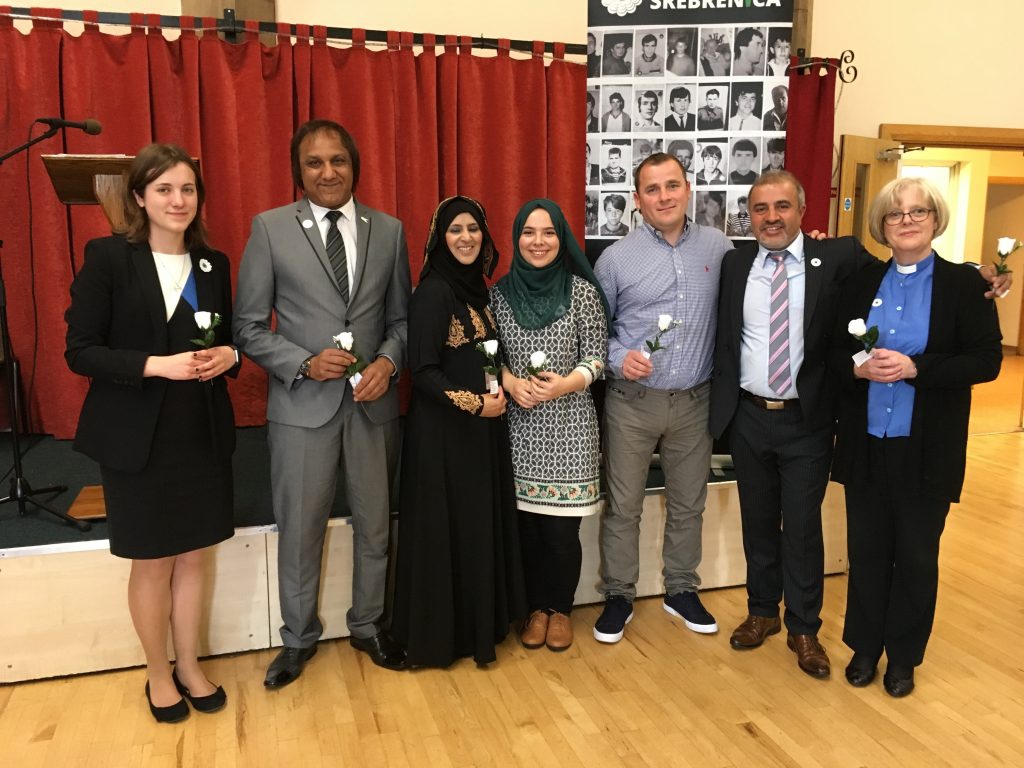 The dedication and creativity of individuals in Yorkshire and the North East who work to build better communities will be recognised in the inaugural Cohesive Society Awards on Wednesday.

Due to the passion and hard work of Yorkshire volunteers, 40 community action events were held in the region in July, reaching thousands of people with a message of the need to unite against hatred and embrace difference while remembering the victims of the worst atrocity on European soil since World War Two.

Hundreds of votes have been cast online for nominees in five categories, including for Best Educational Event, Best Engagement from a Local Authority and Outstanding Contribution to Srebrenica Memorial Week 2016.

Chairman of Remembering Srebrenica Dr Waqar Azmi OBE will be presenting the awards and said:

“The time and effort that all of the nominees have put into commemorating Srebrenica is inspiring. This really shows that people in Yorkshire and the North East want their communities to be stronger and safer by uniting against hatred and welcoming everyone regardless of their race, religion, sexuality or ability.

“Never has it been more important for us to learn the lessons from Srebrenica, so it is vital that we have talented and driven individuals bringing people together. The dedication of our volunteers has meant that we have put on nearly 400 community action events, attended by over 50,000 people across the UK this year. By working with schools, councils, faith organisations and other community groups we can challenge those who spread divisive messages in their efforts to breed hatred and intolerance.”

The theme for this year’s 21st anniversary of the genocide was “21: coming of age – time to act”, as event organisers focused on the lost generation in Bosnia who never had the opportunity to celebrate their coming of age. By helping communities to take action now, Remembering Srebrenica wants young people to join older people and help build a cohesive society for everyone.

“We are proud to be involved with Remembering Srebrenica because of the fantastic work that they do in bringing communities together. Yorkshire is a special place and The Mumtaz Food group is very keen to work with local communities to celebrate diversity and help to strengthen the bonds between people. We are looking forward to hosting the Cohesive Society Awards in our restaurant.”

Local councillors, educators, and Community Champions will be joined at the awards ceremony by Lilian Black, Chair of the Holocaust Survivors’ Association.