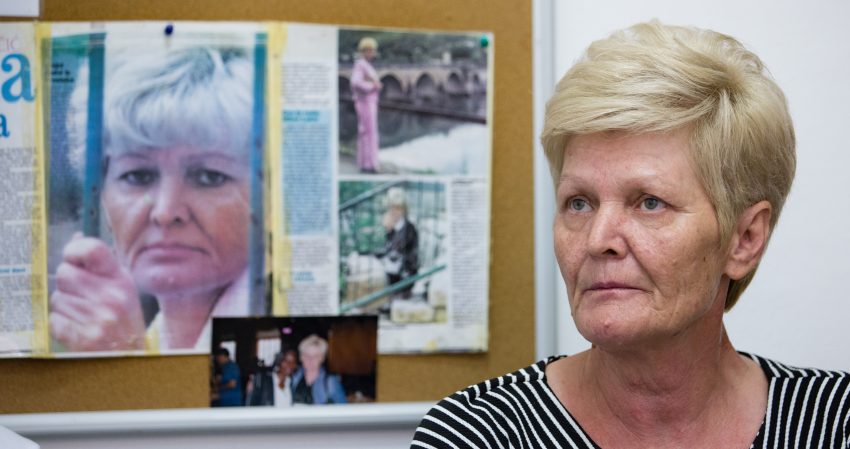 The UK’s national commemoration for Srebrenica Memorial Day will today feature a survivor of sexual violence from Bosnia testifying about her experiences.

Today marks the 22nd anniversary of the genocide in which thousands of Bosnian Muslim men and boys in Srebrenica were separated to be murdered on account of their Islamic faith while women were tortured and raped. Bakira Hasečić was subjected to sexual violence along with her daughter during the brutal campaign of ‘ethnic cleansing’ starting in 1992 and founded the Women Victims of War Association to seek justice for all those subjected to such crimes. She will talk about women’s experiences and how the rapes in Bosnia were orchestrated as part of the genocide.

“They tell us that rape happens in every war, that all armies commit rape, but this aggression, this genocide that happened, the rape of Bosnian Muslim women cannot be compared with any act of war or aggression.

It had to be one big project that would include planners, commanders and executors. Simply, rape was used as a weapon for ethnic cleansing and genocide.”

In London, over 700 guests will attend the UK National Srebrenica Commemoration at the Guildhall, Scotland’s First Minister, The Rt Hon Nicola Sturgeon MSP, will speak about the lessons to be learned from Srebrenica for our society.

The First Minister visited Srebrenica with the charity last year and said:

“Described by the United Nations as ‘The worst crime in Europe since the Second World War’, the genocide saw more than 8,000 men and boys murdered in the space of a few days and many women and girls subjected to sexual violence.

The horror of Srebrenica is compounded by the fact that it happened when they were under international protection from the United Nations Protection Force.

The deliberate campaign of sexual violence against women and girls in Srebrenica that was for years the unspoken part of the genocide is part of this horrific story.

That is why the work of organisations like Remembering Srebrenica is so important – helping to keep alive the memory of the genocide, and the thousands who died, for future generations. And like every other nation, we must commit to learning the lessons of the past as we try to build a more peaceful, tolerant future.”

Dr Waqar Azmi OBE, Chairman of Remembering Srebrenica, explained why the charity has chosen to focus on women’s stories this year:

“The dehumanisation of others – dividing people into ‘us’ and ‘them’ – creates the conditions for hate crimes to occur because of sex, race, religion, sexuality or nationality.

We must honour the courage of Bakira and the women affected by genocidal rape in Bosnia-Herzegovina by raising our voices and speaking out to challenge misogyny, racism, and all forms of hatred in our communities”

Remembering Srebrenica’s 1,000-strong Community Champions have worked together to organise over 400 Srebrenica Commemorations in towns and cities across the UK. These will bring people together to build stronger, more cohesive communities free from all forms of hate.