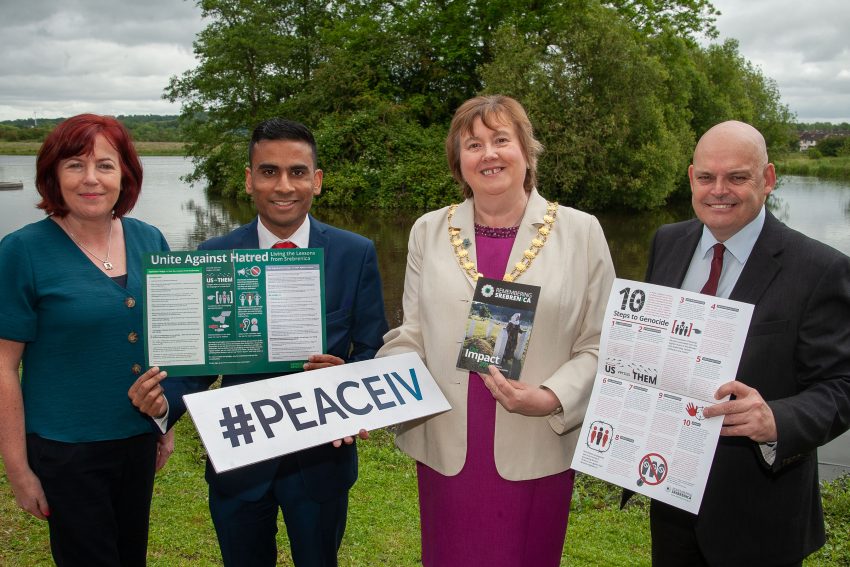 Northern Ireland’s first programme reflecting on the worst atrocity on European soil since the Second World War is to inspire future generations that peace after conflict is possible.

In July 1995, Bosnian Serb forces killed more than 8,000 Bosnian Muslim men and boys simply because of their faith, in what is known as the Srebrenica genocide.

The Conflict Transformation and Srebrenica programme will be delivered to 40 young leaders aged 18-24 in Mid and East Antrim. The special programme will run a series of workshops, a residential and visits to Bosnia-Herzegovina to see and hear first hand the causes, impact and lessons of the Balkan conflict. It aims to promote positive relations characterised by respect where cultural diversity is celebrated and people can live, learn and socialise together, free from prejudice, hate and intolerance.

As a region coming out of conflict we have much to learn from Bosnia-Herzegovina and they have much to learn from us. There are so many similar challenges for Bosnia and Northern Ireland that we hope the young leaders participating will come back to reflect seriously on their learning and make a major contribution in the years to come as leaders in peace building and anti-prejudice work. This is an opportunity for young leaders to broaden their horizons and develop their skills and knowledge. We hope in doing so it will help them make an impact for the better here in their local communities.

We are delighted to be managing this programme because we know at first hand the impact the visits will make, and how many issues Northern Ireland and Bosnia have in common after two decades of their peace processes. Issues such as managing diversity, trying to ensure power-sharing arrangements in government deliver for everyone, acknowledgement and dealing with the legacy of violence are as pertinent in Bosnia and Srebrenica as they are in Northern Ireland.

The programme aims to organise two visits, one in autumn 2019 and the other in spring 2020, ending with a commemoration event in July 2020 marking the 25th anniversary of the Srebrenica genocide.

Future information sessions for 18-24 year olds will be held in Mid and East Antrim and will be announced in due course.

The project is supported by the European Union’s PEACE IV Programme, managed by the Special EU Programmes Body (SEUPB) with match-funding provided by the Executive Office in Northern Ireland and the Department of Rural and Community Development in Ireland.
For more information, contact [email protected]