25 Years Since Bosnian Muslims were Marked for Extermination 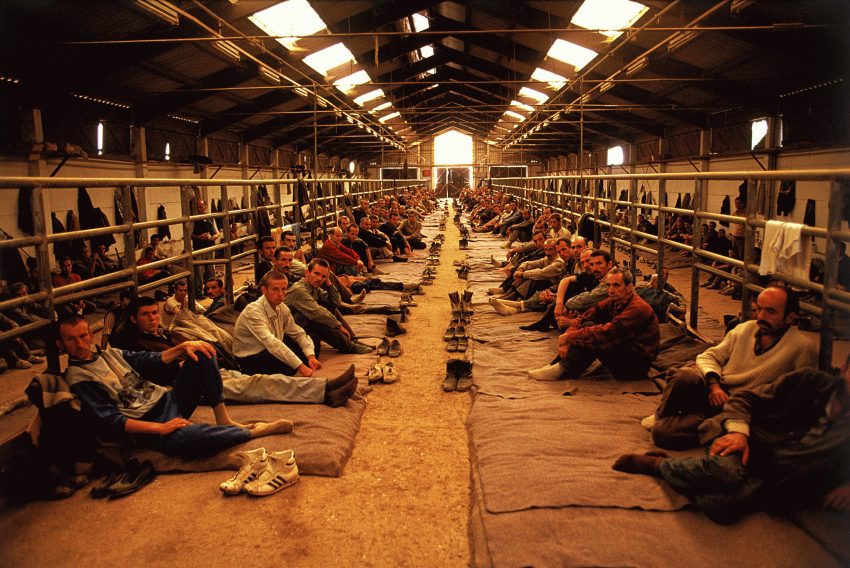 Remembering Srebrenica are encouraging individuals to wear white armbands today to highlight the dangers of discrimination and remember the victims of ethnic cleansing in Bosnia-Herzegovina.

Today marks the 25th anniversary of the decree being issued by Bosnian Serb authorities in the north Bosnian town of Prijedor that non-Serbs must mark their houses with white flags or bedsheets and wear white armbands when leaving the house. Just over 50 years after the Nazi decree that required Jews to wear a yellow Star of David to segregate them from the non-Jewish population, once again members of an ethnic or religious group were marked for extermination.

To mark this day, Remembering Srebrenica Scotland will be holding a memorial event in the Scottish Parliament on 31 May. Those in attendance will be wearing white armbands to remember the victims killed, not only in Prijedor but across all of Bosnia during the war.

“Such appalling acts, only a quarter of a century ago, should really make people stop and think. We must not forget that genocide doesn’t happen overnight and that Srebrenica was the culmination of a brutal campaign of ethnic cleansing starting in 1992. We all need to be aware of the lessons that can be learnt from this and tackle hatred, discrimination and division wherever we see it.

“That is why our charity ensures that the UK leads the way globally in commemorating the genocide in Srebrenica starting today and during Memorial Week in July. We will have 400 community action events across the country this year, bringing communities together in remembering the victims of the worst atrocity on European soil since World War Two and pledging to build safer, stronger and more cohesive communities.”

Survivors of the war in Bosnia, former delegates of the ‘Lessons from Srebrenica’ programme and global experts will highlight the importance of creating stronger communities by learning from the past. Education packs to teach about the lessons from the Srebrenica genocide will be available at the event which can be used across the Scottish Curriculum for Excellence.