Short story: 'It means nothing to me, the dead one' 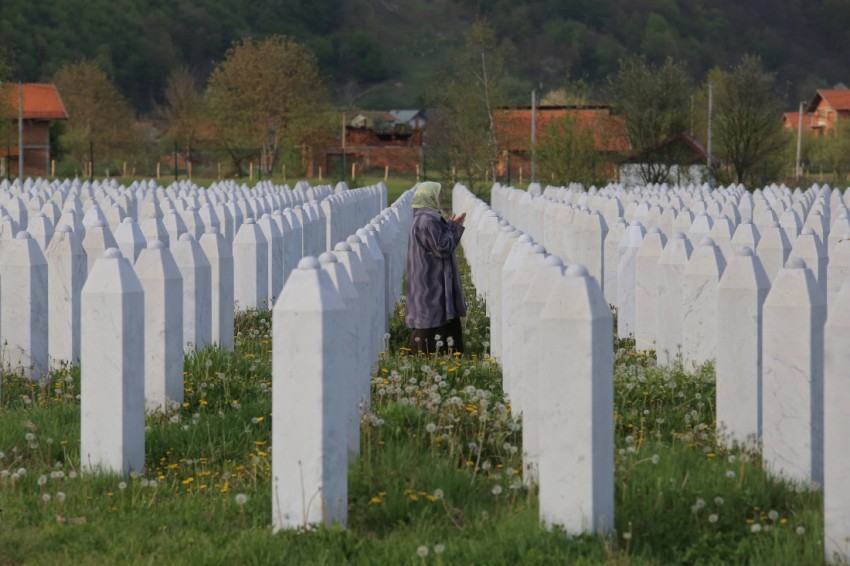 My name is the same as of those before me, which you’ve already bid farewell;
therefore – I beg you – please don’t ask me. I wish to tell to you…some good people
have prepared me for my journey, journey to Potocari; I know them not, but to them I
am grateful. As God is my witness, it isn’t easy to sort bones.

Three times they have buried and unburied me, whence I lost my right arm and both
legs, and some ribs, but, it means nothing to me, the dead one.

I don’t remember quite well, I think it was first Alema’s son who carried me to the pit,
before he himself ended in it. I was sixteen and rather shrivelled, so hopefully he
forgave me if I was too heavy. It’s daunting for the dead to carry the dead one.
For twenty years they looked for me, ever since the first bullet passed through my
body and led me to death. The last time, they excavated me – at least, a part of me –
during the day, when my bones and skull were cleaned with some brushes.

Earlier I was dug up at night, with excavators, loaded me into trucks which carried me
to some other pit, and it would prove later, that was only a passing station before the
next pit. Finally, when they found me, at least what remained of me, I said, “Oh God,
Thank You, for the sake of the living, for the sake of my kin, although it means
nothing to me, the dead one”.

My mother and my two sisters will be waiting there to welcome and to bid me
farewell, somehow, at the same time. I suppose that happens only in death.
I am not sure how to tell you this, so I’ll say it the way I think of it. I hope this will be
the very last time they cover me with soil, if for nothing, then for the living, for my
mother and sisters, even though it means nothing to me, the dead one.

It hasn’t been easy for them; and it wasn’t for me either, as they led my father away.
Luckily they didn’t see him, because he was scared both for himself and me. I’m not
sure whether they buried and unburied him several times, too. Perhaps, mother will
know more; perhaps she’ll tell me more about it at my grave. To my mother I came in
her dreams, without words, without explanation where to look for me. My sisters, I
did not visit, they are still young and have a life ahead of them, and they need not to
worry.

As there was no time to finish high school, I’m not very eloquent; then again, I need
no school to say that I was afraid to die, somehow I had hope until the last moment. I
kept thinking that all of it would vanish. I thought they’ll exchange me, at least, that’s
what they promised to me and others. But none of it vanished; only I did.

I closed my eyes so that I may not stare at the barrel in front of me and the pit behind
me, and perhaps because of great fear – I couldn’t even cry. Death came rather
quickly, only the wait lasted.

Now, before they cover me with dirt once again, I hear the living as they speak to the
dead. They are placing me into some resolution, but I understand none of it, and even
if I did, it means nothing to me, the dead one.

Perhaps they taught it in higher classes, which I had no chance to attend. I only know
– he killed me, without knowing my name. It must be, if truth were told, he hated me,
otherwise, I suppose, he wouldn’t have passed such judgment on me. As if someone
told him to be afraid of me, so that he hated me out of fear.

Now, as I think, before they lower me into my grave, I would love to know if he still
fears me, so that he still hates me, or if this has passed.

I would love for him to tell me that, for the sake of all living, for the sake of my kin,
for my mother and my sisters…’though it means nothing to me, the dead one.
Kerim Iković, 9 July 2015