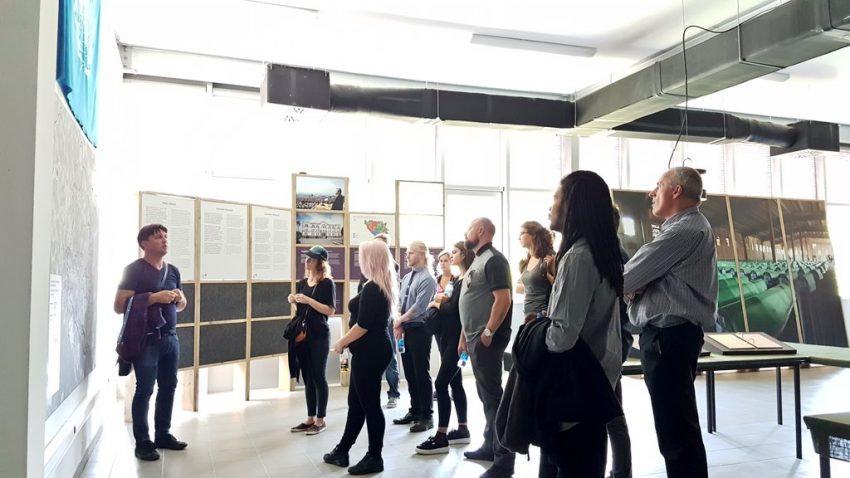 On the 13th September, Stoke-On-Trent based, YMCA North Staffordshire (YMCA NS) returned from a four-day delegation to Sarajevo and Srebrenica – the site of most Europe’s most recent genocide. The delegation included YMCA NS young people, youth workers, volunteers and staff. Other delegates included Paul Franklin, Board Director of YMCA NS, chartered-accountant and football mentor Phillip Dann as well as local musician and percussion tutor Daniel Shaw.

The visit, which was organised by Remembering Srebrenica, aimed to educate the group from Stoke-on Trent about how a multi-cultural society like Bosnia-Herzegovina (BiH) tore itself apart because of hatred, intolerance and division.  During the visit, the group heard testimony from survivors of genocide and ethnic cleansing and received a guided tour of Sarajevo, the capital of (BiH), which was under siege for almost four years.

“As a British-Bosnian, I felt privileged to be able to lead this delegation of inspiring young people, youth workers and community champions. My hope is that all those who attended are now equipped with knowledge of the corrosive effects of hatred and will be filled with a passion to promote community cohesion in Stoke-on-Trent and beyond.”

The group from Stoke-On-Trent paid their respects at the Srebrenica Memorial site in Potočari, where over 8,000 Muslim men and boys were systematically killed over the course of one week,because of their faith. While in Potočari, the delegates met the ‘Mothers of Srebrenica’ who lost sons, husbands and other male relatives in the genocide.

Since being established in 2013, Remembering Srebrenica has taken over 1,200 British citizens to Srebrenica to learn about the consequences of hatred. On their return from the ‘Lessons from Srebrenica’ programme, delegates fulfil their pledge to tackle hatred by setting up social action projects and bringing communities together to remember the victims as well as becoming Community Champions.