Sentencing the Butcher of Bosnia- Why the Upcoming Mladić Verdict Matters 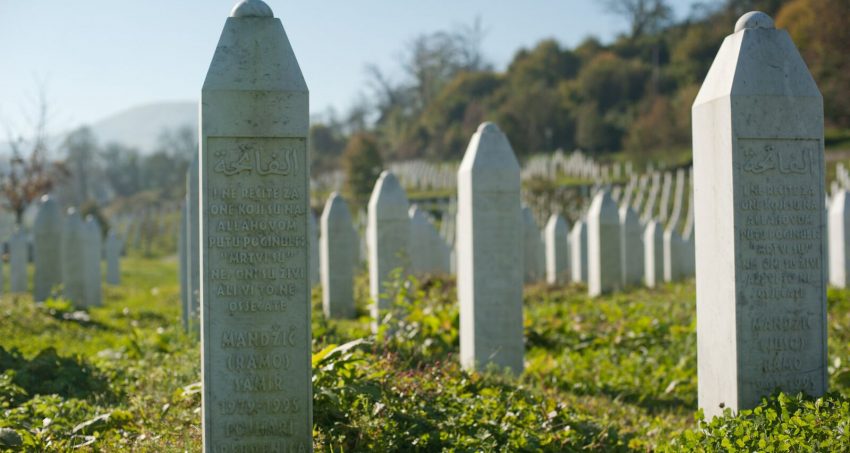 The International Criminal Tribunal for the Former Yugoslavia (ICTY) will release its judgement on the case of General Ratko Mladić on the 22nd November, after 11 months of deliberation. This is not just an opportunity for justice for those who were massacred by Mladić’s troops during the Srebrenica genocide- it could mark a landmark verdict on whether the Bosnian Serb Army carried out genocide across several other municipalities in Bosnia-Herzegovina, during the war.

From 1992 until 1996, General Ratko Mladić, also known as ‘the Butcher of Bosnia’, was the Commander of the Main Staff of the Bosnian Serb Army during the brutal and bloody conflict that took place across Bosnia-Herzegovina. The most infamous atrocity took place at Srebrenica when on July 11th 1995, Mladić himself led his forces into the UN-declared safe area. Over the following 10 days they massacred over 8,000 men and boys, as well as forcibly deporting thousands of women and girls, many of whom were subjected to rape. The ICTY called Srebrenica ‘the worst atrocity on European Soil since World War II’, and both the ICTY and the international Court of Justice have judged Srebrenica to be a genocide.  But neither court has yet taken the crucial step of recognising Srebrenica as part of a wider genocide across Bosnia-Herzegovina during the conflict.

There were other horrific massacres during the war, predominantly across the North-Eastern Regions of Bosnia, in towns such as Foča, Ključ, Kotor Varoš, Prijedor, Sanski Most and Vlasenica. At the end of previous trials, the court failed to find sufficient evidence to convict the defendants of genocide for crimes outside of Srebrenica. This omission is particularly painful for the survivors of such crimes. For women who were imprisoned in rape camps in places such as Grbavica, Višegrad and Kalinovik and told that they were going to be forced to give birth to Serb babies, or for the inmates of Omarska concentration camp, who saw friends and family members tortured to death simply because they were Muslim, to be told that they are not victims of a genocidal plan is nothing short of a slap in the face after a 22-year fight to bring some of the perpetrators to justice.

The Convention on the Prevention and Punishment of the Crime of Genocide sets the bar high in terms of legally proving genocide. It is not about numbers but about the genocidal intent of those who carry out war crimes. Proving that those in positions of power in Republika Srpska – the Bosnian Serb governmental apparatus – intended to destroy the Bosnian Muslims rather than just displace them from the territory,  has eluded the prosecutorial team at the ICTY thus far. Mladic is the last defendant to face the tribunal and this forthcoming judgment the last chance for a small vestige of justice and acknowledgment to be afforded the survivors of these unspeakable horrors.

However, it’s not just recognition of genocide in other municipalities which has the potential to make this a landmark verdict. Rape and sexual violence, first defined as a weapon of war by the ICTY, is being charged under a count of genocide in Mladić’s case. Throughout the conflict in Bosnia, it is estimated that between 20,000-50,000 women were raped, but despite the ICTY being the first Tribunal to say that rape could constitute genocide, nobody at the ICTY has ever been convicted of rape under a count of genocide. During the conflict, women were selected for a brutal campaign of rape and forced impregnation, both as a tool of ethnic cleansing to force people to flee their homes in fear, but also as a means of destroying families, communities, and in some cases, women’s ability to reproduce.

It is important to see Srebrenica clearly for what it was – the culmination of a brutal campaign of ethnic cleansing and genocide carried out against the Muslim population from 1992 onwards.  Dr Gregory Stanton’s 10 Stages of Genocide, demonstrates how a State apparatus can deliberately bring about the collapse of society and the extermination of a group through a carefully planned campaign of dehumanisation and violence. The former president of Republika Srpska, Biljana Plavšić, asserted that Muslims were ‘genetically deformed material’. Muslim citizens of Prijedor were forced to wear white armbands to identify themselves as Muslims. Just two elements of a sustained  genocidal campaign that lasted over 3 years, and that has resulted in an 81% Serb-majority population within the Bosnian entity of Republika Srpska. In what was once an area with 28% Muslim population, just 13% remain after the war. In the ever more troubling times we live in, where Nobel peace laureate Aung San Suu Kyi is complicit in the ethnic cleansing of the Rohingya, it is essential that international institutions such as the ICTY hold those guilty of war crimes to account, and are willing to identify genocide as such. For those who have been waiting over 22 years to see Mladić face justice, this verdict is a long time coming, and I for one hope that it will at least give a name to what  happened to them  – genocide.

Dr Waqar Azmi OBE is the founder and chairman of Remembering Srebrenica. He is the UK government’s former chief diversity adviser at the Cabinet Office and the EU ambassador for intercultural dialogue.
Twitter: @DrWaqarAzmi