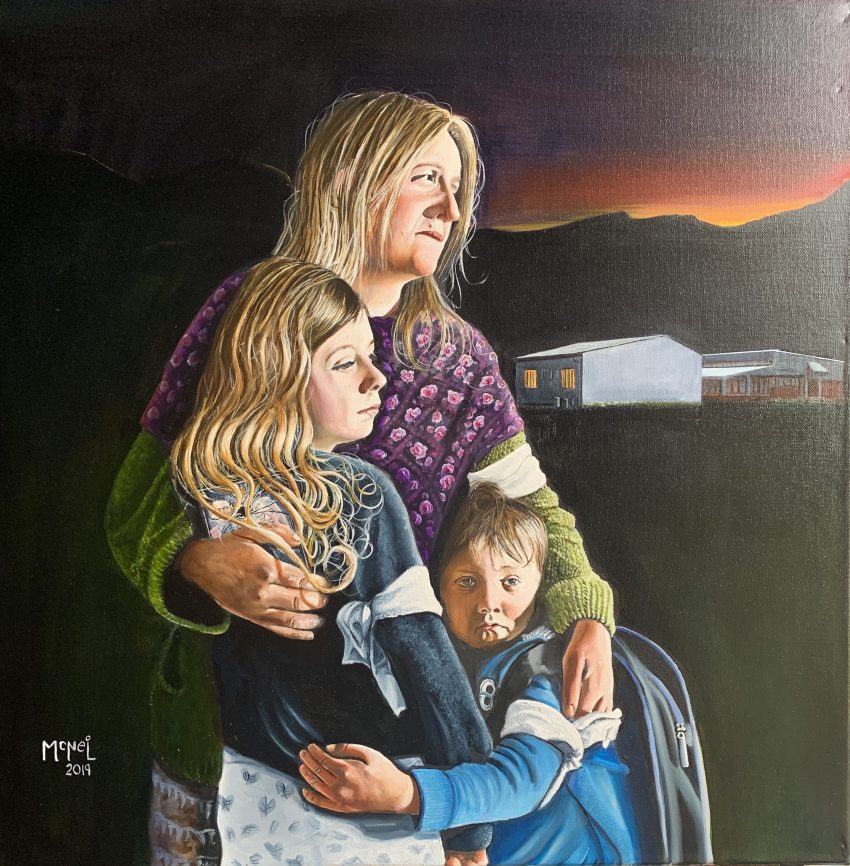 Every year, Remembering Srebrenica selects a theme that reflects an aspect of the genocide that must be commemorated, but also speaks to communities here in the UK.

The theme aims to honour the two million people who were displaced during the genocide and ethnic cleansing in Bosnia in the 1990s, leaving them to seek refuge all over the world, with approximately 10,000 Bosnians coming to the UK. It will aim to shed light on their stories showing how they have rebuilt their lives by dealing, on the one hand, with the trauma of losing loved ones and their livelihood as well as overcoming pain and suffering on a level which is very hard for others to comprehend. While on the other, living with the reality that the genocide continues to this day as the perpetrators have not been held to account and are able to walk free and denial of the genocide and glorification of the architects of the worst atrocity on European soil since the second world war continues to be rife at individual, community and institutional levels. 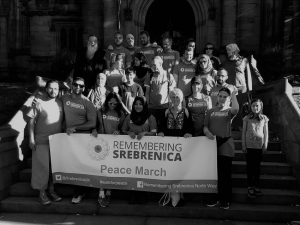 However, despite this, survivors have shown inspirational strength and determination to rebuild their lives without calling for retribution against those who committed atrocities and instead focusing on the pursuit of justice which has been a critical component of the rebuilding process. Many have used their experiences to help refugees from all around the world, whilst others have spoken out against hatred and intolerance in an effort to educate future generations about the devastating consequences that can ensue if prejudice is allowed to flourish unchecked.

By shining a light on the way in which survivors have rebuilt their lives and contributed to every facet of British life that has enriched our communities, we hope that the theme will not only serve as a powerful antidote to combating the negative attitudes and perceptions that surround refugees but also allow us to learn from the stories of those who have shown enormous resilience to rebuilding their lives. Furthermore, the theme will show us how we can address some of the issues facing our communities, and equip people with the knowledge to help build a stronger, safer and more cohesive society here in the UK. 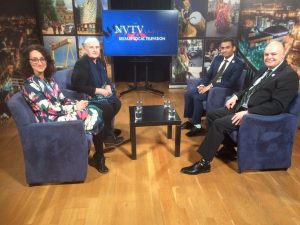 The unprecedented increase in hate crime in the UK in the last few years serves as a stark reminder that we cannot afford to be complacent about the challenges that threaten community cohesion. It underlines the importance of why we must remain vigilant against these forces and take positive action to strengthen communities as the lessons from Srebrenica show us that no society is invulnerable to prejudice and intolerance.

The process of rebuilding lives for those who have experienced hatred and discrimination is one which our communities must play an active part in. From the police to the judiciary, to schools, to government institutions and civic society, each and everyone of us has an important contribution to make in order to help rebuild lives to create resilient communities and show that the pernicious forces of hatred and intolerance will not prevail.

The theme will also illustrate the role that individuals, organisations and nations have played in enabling those who have survived genocide to rebuild their lives whilst encouraging others to reflect upon their own responsibilities in countering hatred, intolerance and genocide denial. For example, the UK’s contribution to the rebuilding process has extended to Bosnia itself as the British government has provided millions of pounds of financial support to projects relating to Srebrenica, including support for the families of the victims and the Srebrenica Memorial Centre in Potočari.  The UK also supports the victims’ families in their fight for justice having provided political, financial and logistical support to the UN International Residual Mechanism for Criminal Tribunals (formerly-the ICTY) in their work to hold perpetrators to account. 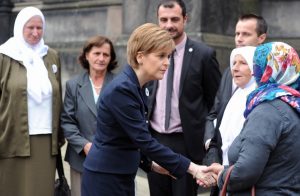 Similarly, many British families joined Mosques, Church halls and community centres in showing generosity and kindness in offering to accommodate survivors until they were able to be resettled into their new accommodation. Charities such as the British Red Cross and Refugee Action organised the reception and settlement of Bosnians, and hundreds of volunteers who made survivors feel welcome by helping with tasks such as enrolling children in schools, supporting adults start courses in English as well as assisting with duties such as filling in administrative forms.

We have seen the positive impact that commemorating Srebrenica in the UK can have in terms of bringing people together to reflect on the importance of tackling hatred and intolerance, and the theme for 2021 will no doubt go a long way in empowering individuals with the skills and knowledge to not only stand up to hatred but also help in building stronger, more cohesive communities for all.
You can read more about our theme and how it can be used in Memorial Week commemorations here.