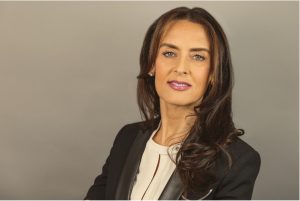 Elinor has spent the last 15 years contributing to making our society more inclusive and cohesive. In the 2018 Queens New Years Honours list, she was awarded an MBE for her services to community cohesion and interfaith dialogue. She was also appointed a Deputy Lieutenant for Greater Manchester in 2019.

Elinor is founding director of Miri Roshni established in 2004, a registered family charity to benefit humanity in the UK and abroad by addressing basic human needs, welfare, education and elimination of poverty. Currently, Miri Roshni cares for 60 orphans and provides education for over 300 children.

An active advocate of interfaith dialogue – a member of the Altrincham Interfaith Group and founding Co Chair of Nisa-Nashim in Manchester until 2020; a national platform for Jewish and Muslim women. Many initiatives have built trust and strengthened bonds through communities coming together.

She is committed to play her part in creating an equitable and cohesive society and was appointed to the Greater Manchester Combined Authority Race Equality Panel in 2020.

Prior to her charitable endeavors Elinor enjoyed a career as a Resuscitation Officer in the NHS also assisting the European Resuscitation Council in establishing resuscitation training at Hospitals in Greece, Libya and Abu Dhabi.

The North West has a population of 7.3 million and is an area of varied landscapes ranging from beaches to lakes and forests to cities. It consists of the counties of Lancashire, Cumbria and Cheshire as well as Greater Manchester and Merseyside.

Elinor first visited Bosnia with Remembering Srebrenica in December 2013. The experience of meeting survivors and mothers – hearing their stories, visiting the eerie memorial centre in Potocari amongst other significant areas, witnessing the ultimate consequence of man’s inhumanity to man had a profound impact on her resulting in a commitment to help the Bosnian people and to ensure lessons are learnt from the atrocities.

To this effect she has led on a fundraising initiative with the Foreign Office to build a counselling centre for women and their families affected by war rape; the centre located in Zenica is now operational providing therapy and vocational training to equip women with skills to live independently..

As Chair for the North West Regional Board Elinor with the assistance of a diverse and dedicated board, she has firmly established the annual remembrance of Srebrenica in the region and established many partnerships and initiatives that educate on the consequences of hate; these range from collaborations with several universities, police forces across the region, schools and faith organisations. The work of the Remembering Srebrenica North West Regional Board was recognised with a Queens Award for Voluntary Service in 2019.