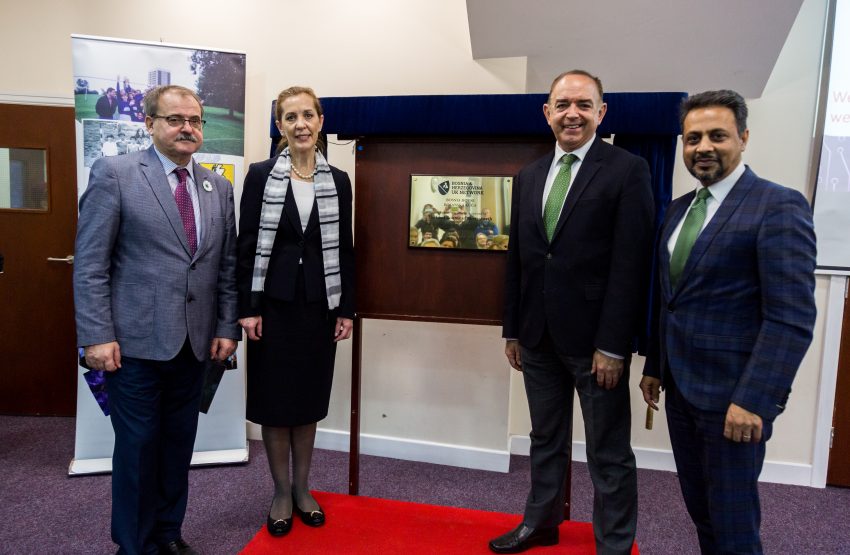 On 25th November, Minister for Faith, Lord Bourne of Aberystwyth officially opened ‘Bosnia House’ in Birmingham – the national Bosnian community centre that serves more than 10,000 Bosnians living in the UK.

This was a historic moment for a community that survived genocide and ethnic cleansing in Europe and found refuge in the UK. Over 1.3 million Bosnians were displaced across Europe and North America and Australia, and 50,000 women were raped in what has been termed by the UN as the worst atrocity on European soil since the second world war.

Earlier this year, the Minister for Faith visited Bosnia and paid his respects at the site of genocide in Srebrenica where more than 8000 Bosnian-Muslim men and boys were systematically murdered because of their faith.  This visit was organised by Remembering Srebrenica as part of our work to help tackle hatred and build stronger, more cohesive communities in the UK.

“I am proud to open Bosnia House and ensure the Bosnian community has a space to celebrate their heritage and receive support and refuge. The Bosnian community, who built their lives in Britain after experiencing the worst forms of hate, continue to thrive and contribute to every facet of British life. As a Communities and Faith Minister, I’m thankful that their rich culture and traditions will be preserved and supported with this new national centre.”

Anes Ceric, Manager of the Bosnia and Herzegovina UK Network and Bosnia House

“We are delighted that the Minister for Faith formally opened Bosnia House. For families living in the UK, Bosnia House is the beating heart of the community – a space where people can get practical advice, psychological support and young Bosnians can learn about their heritage.
More than 20 years ago, many first-generation Bosnians came to the UK as refugees fleeing ethnic cleansing and genocide. Now, across the country the British-Bosnian community is thriving. We will always be grateful to the UK for offering us sanctuary and to the national charity Remembering Srebrenica who continue to commemorate Srebrenica Memorial Day each year with the support of the UK government.