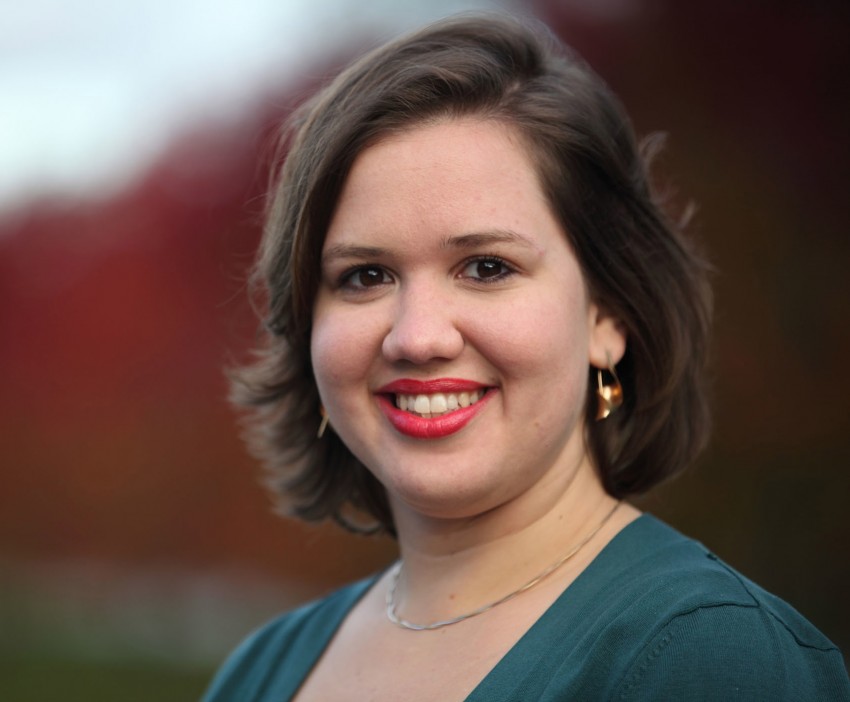 Dženeta Karabegović now lives in the UK and is a PHD fellow at the University of Warwick Her family was forced to flee Bosnia-Herzegovina during the war. This is her story.

In one of Tarik Samarah’s famous photos, there is a picture of an abandoned, broken doll, sitting on top of a secondary mass grave. His images always evoke powerful responses, yet I could somehow only think of my mother’s dolls.

I was in Srebrenica for a summer school, learning about the genocide. Even though I was one of the few participants who was Bosnian born, I had understood it as more of an academic trip and planned for research, proceeded with fieldwork, and interviews. Staring at that image in Potočari, I suddenly realized how it was also personal.

My mother collected dolls throughout her childhood, some porcelain, some dressed in national dress, all gifts from my grandfather’s travels around the region. One of my first memories is staring up at them as a 3-year-old girl visiting my grandparents’ house. Adorning my mother’s childhood bedroom walls, far out of reach of my little hands, they were still close enough to admire. I couldn’t wait to be a ‘big girl’ so I could finally play with them. That time never came.

I thought of those dolls again when recent media images of refugee children grabbing their dolls and stuffed animals became ubiquitous. As the most recent refugee crisis makes headlines in Europe and beyond, I am acutely reminded of my own refugee youth.

In the early 1990s, economic hardship, an escalation of nationalism, and political leaders that exacerbated the already shaky political situation in former Yugoslavia led its former states to war. My family was forced to leave my childhood home in Bosnia.

The conflict in Bosnia and Herzegovina was the most protracted. The country was devastated. Ethnic cleansing was coined as a term, its threat a reality for many of us.

The Srebrenica genocide in July 1995 stands out as the largest crime on European soil since WWII. The war displaced individuals, families, villages, towns, and cities, both internally as well as over Europe, North America, and beyond, including my family. In 1998, unable to return to our home in Banja Luka from Berlin, Germany, we resettled in Burlington, Vermont in the United States.

We returned to Bosnia for the first and only time as a family in 2005. My mother barely recognized the country she was torn from at roughly the same age I am today. She hasn’t returned since and I understand. On the other hand, the spirited teenager in me realized that while everything felt just a little foreign to me then, it also felt equally familiar. I knew I would return. If I couldn’t grow up in Bosnia, I could get to know it as an adult. I’ve since travelled the country widely. I have developed my own attachments to it, separate from my family; in many ways, it’s home again. 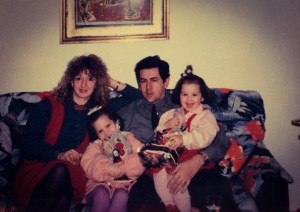 My grandmother who still lives in Berlin was cleaning out the storage space and rediscovered them last fall. My mother promptly called me in England, where I am completing my Ph.D. She wanted to discuss the dolls’ fate. I explained I couldn’t justify a trip to Berlin away from my doctoral studies to pick up a bag of dolls. After all, I had learned long ago to forego playing with dolls, particularly these dolls. Instead, I asked a favour of one my childhood best friends in Berlin. She obliged, picked the dolls up from my grandmother, and they made one more journey, transatlantic this time, to my parents’ house.

I recently visited my parents in Vermont. The dolls were there as if patiently waiting, expertly arranged by my mother once more, now in a glass display case rather than on a wall, in my American bedroom.

I spent quite some time admiring them once again, almost afraid to touch them. They were more delicate than in my memory, the vibrant colors of their clothes had barely faded. They were not broken; after all, nobody had played with them in over two decades; my childhood was skipped over. I thought once more of the doll in the picture, left behind in Srebrenica. I thought of the dolls being dragged across borders by refugee children today. Here, more than twenty years later, I finally held a piece of my mother’s childhood, a piece of my own, unfulfilled childhood. These dolls hadn’t been abandoned after all, yet I had never been able to cling on to them for comfort, either.

One day, my children will play with these dolls and enjoy them in a way I never got to. I hope my grandchildren will as well. For me, the dolls are a reminder of continuity amidst the chaos of our collective lives. The lives intertwined with Bosnia have been particularly chaotic. Bosnia still has a long way to go in ensuring fruitful futures for its youth and its citizens, but it is important to remember that while still affected by the war, there are now generations coming of age who have never experienced it first hand.

Regardless of where we grow up, we must remember and cherish our childhoods, no matter how long they last. We do this not only for ourselves but to honour every child, victim, survivor, and refugee who has ever clung to comfort in the simple form of a doll.