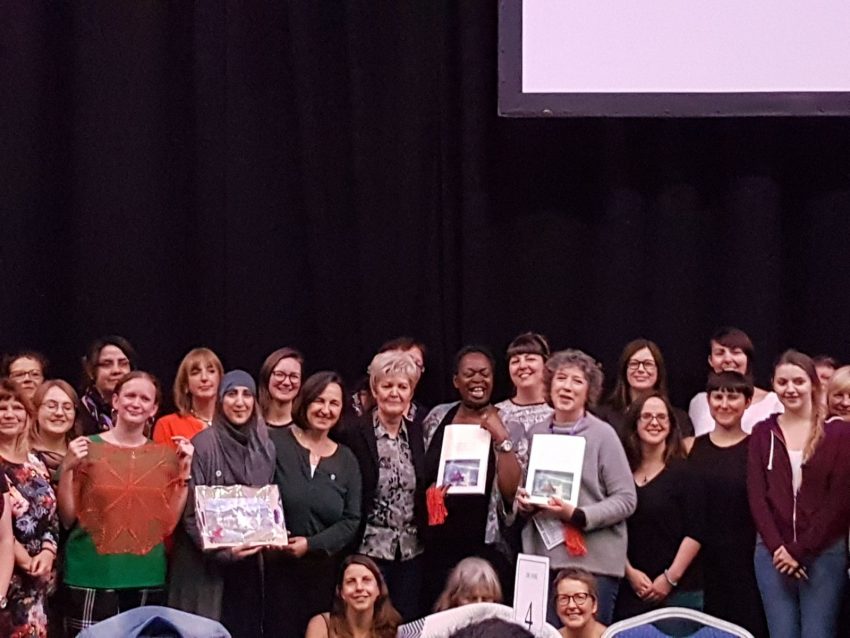 At the beginning of 2017, Remembering Srebrenica established a partnership with Rape Crisis England & Wales (RCEW), as a way of bringing our theme of ‘Breaking the Silence: Gender and Genocide’ to communities in the UK. With the particular aim of looking into how women experienced genocide, we focused on sharing women’s narratives of the unfolding horrors of war that rampaged throughout Bosnia-Herzegovina.

In the early 1990s, sexual violence and rape were used as weapons of war against women – and indeed some men – of all nationalities and ethnicities in Bosnia. However, the UN Security Council, recognised that it was overwhelmingly affecting the Bosnian Muslim women, as Serb forces were using rape as a key component of their genocidal strategy to ethnically cleanse the country, and establish a Greater Serbia.

Rape as a military strategy in Bosnia and rape in peacetime have some important contextual specificities and differences, but in both cases the discrimination and dehumanisation of women through subjugation, domination and aggression, is at the heart of this crime. The prevalence of rape in the UK and the increasing demand on services such as those being offered by Rape Crisis, means that it is more important than ever to create bonds of solidarity, and share methods and mechanisms of empowering and rehabilitating survivors, and preventing perpetrators.

Di Whitfield, co-Chair of RCEW, expressed the importance of the collaboration with Remembering Srebrenica saying:

By explicitly recognising misogyny and gender-based violence as a form of hatred Remembering Srebrenica brought the theme of ‘Gender and Genocide’ into action through leading an all-women delegation to Srebrenica to learn from Bosnian women first-hand, and understand how the genocide in Bosnia was ordered along gendered lines. This visit brought together of women from all backgrounds, faiths and ages to work together to instil the lessons from Srebrenica into communities in the UK.

On return from the delegation, a coordinated online action for the 11th of July was instigated by the board of Trustees at RCEW. The aim was to raise awareness through social media, sending out a message to women in the UK, Bosnia, and elsewhere, and this was achieved by sharing survivor stories, and incorporating an act of remembrance into commemorations, with the purpose, not only or raising awareness of the atrocities that took place in Srebrenica, but also to break the silence and stigma that surrounds sexual violence.

This action saw 17 centres across the UK participate and forge links to the cause. The emotional connection was a profound element of the engagement from Rape Crisis, with one of the Centres explaining the poignance of remembering the genocide and the struggles of Bosnian women in a space where they endeavoured to empower and rehabilitate survivors of sexual violence. Another counsellor from a different centre expressed that it was emotionally unifying for herself and colleagues, as feminist solidarity crosses borders and language barriers.

Earlier this month, Jane Gregory, one of the Trustees from RCEW organised for Bakira Hasečić, survivor and president of the Association for Women Victims of War, and Dr Branka Antić Štauber, holistic trauma-rehabilitation expert and founder of the NGO Snaga Žene (The Strength of Women), to address their national conference and speak of their experiences of survival and healing. Hundreds of women heard their messages and were impacted by their courage and innovative methods of supporting survivors. This exchange also meant that Dr Branka and Bakira had the opportunity to learn of the challenges and obstacles to justice that women face in the UK. This included the fact that only 5.7% of reported rape cases end in a conviction, and the challenges that are experienced by women who face disbelief and mistrust when disclosing their traumatic experiences.

This conference served to cement not only the collaboration between both charities, but also of Bosnian and UK women. Jane from RCEW expressed the importance of the relationship saying

“…This isn’t just us doing something for Bosnian women, it is because Bosnian women have things to share with us from which we can learn. We struggle with the justice system; listening to them and how they pursue justice is so important.”

We look forward to facilitating and sustaining what promises to be an ongoing project of collaboration and support.