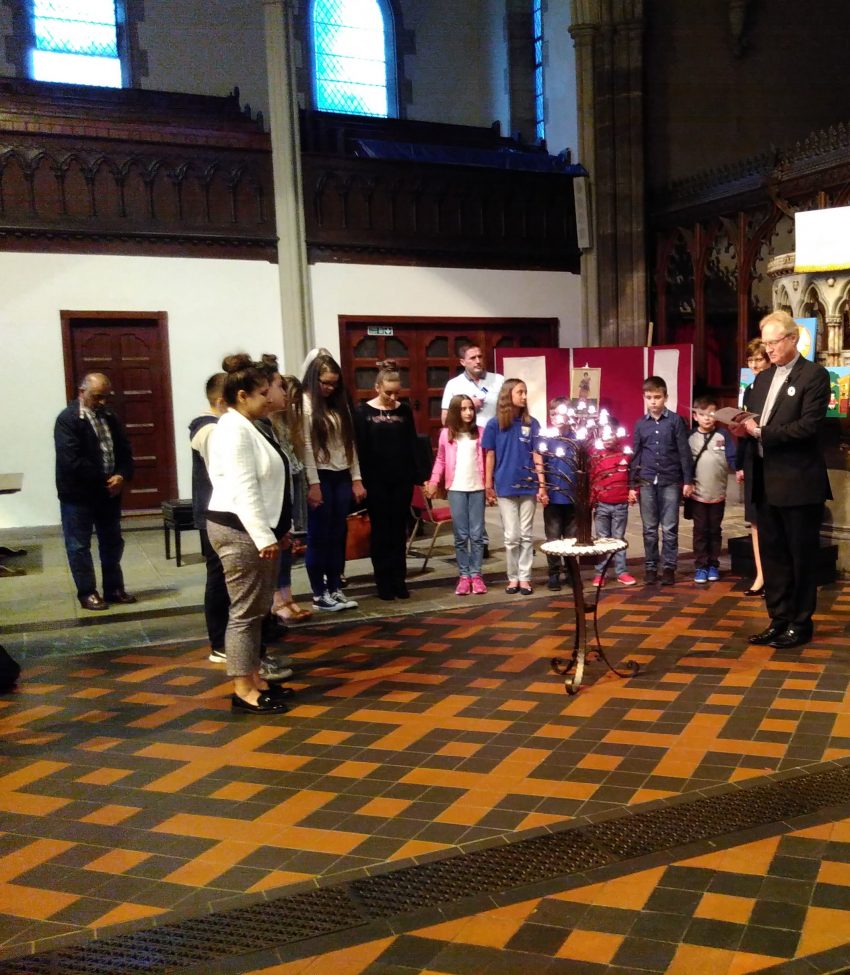 On Wednesday 13th July 2016, Birmingham’s St George’s Church brought together members of the Bosnian community and Christians to mark Srebrenica Memorial Day with an interfaith memorial event including survivor testimony, prayer and music.
Over 100 people attended this powerful and poignant event, which had been organised in a collaboration between the Reverend Julian Francis, the Bosnian Cultural Centre and Bosnia UK Network.

After an introduction from Remembering Srebrenica Chairman Dr Waqar Azmi OBE, Reverend Francis and Imam Mersad Krnjic both spoke about Srebrenica and the importance of commemoration. Then we heard from two genocide survivors, Nedzad Avdic and Hajrudin Mesic who had travelled to the UK for Memorial Week.
Following their moving testimony, Tom McMahon played “The Cellist of Sarajevo”; a powerful lament that was so beautifully played that it brought many people to tears.
Imam Krnjic then gave two recitations from the Qu’ran before Reverend Francis read from the Gospel of Matthew in the Bible. 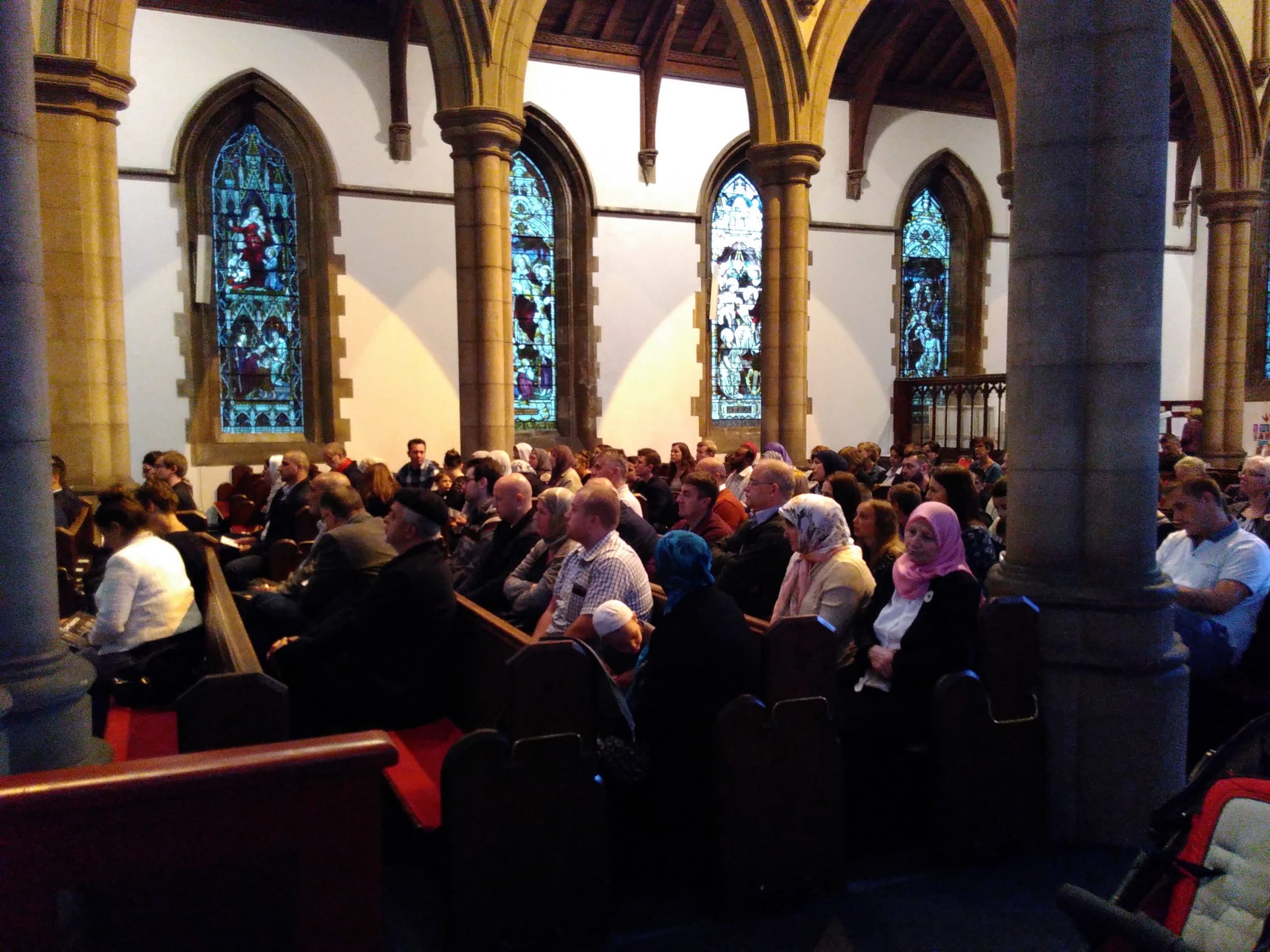 Children from a local school and the Bosnian Cultural Centre then lit 21 candles each marking one year since the genocide took place. Once these were lit, there was a minute’s silence to reflect before a second piece of music played by Cellist Tom McMahon ended the service while people were invited to each take a white carnation as a reflection of the Srebrenica flower; a symbol of peace and hope for future generations.
Refreshments were then served to allow attendees to come together and talk through their experiences after an emotional evening.