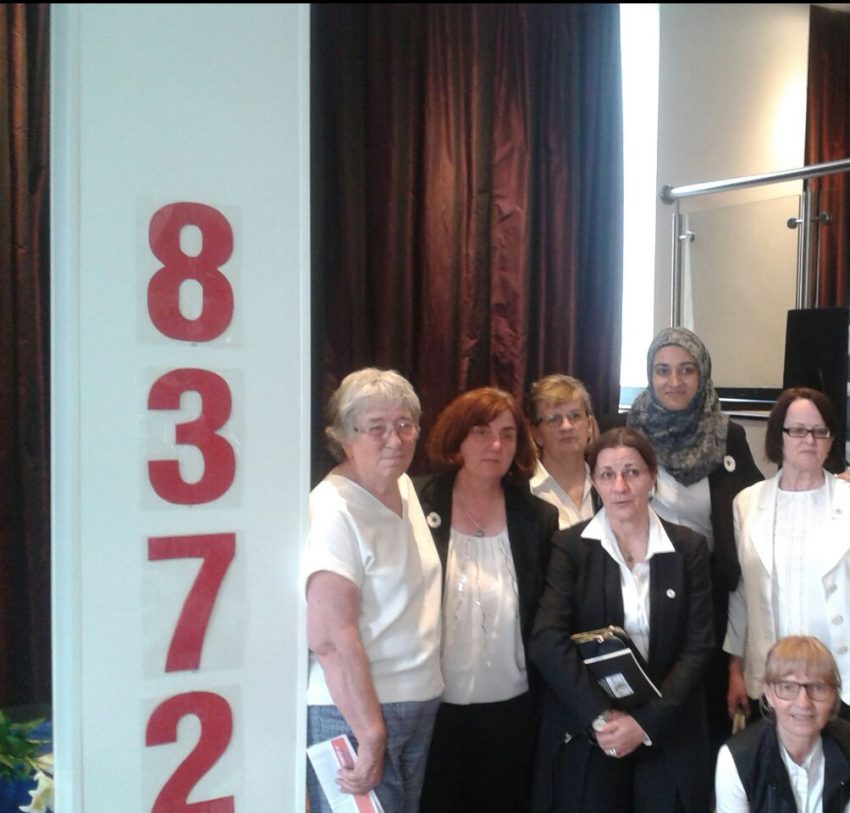 Members of the Bosnian community, Remembering Srebrenica Ambassadors and ‘Lessons from Srebrenica’ Community Champions came together on Sunday 10th July, the start of Srebrenica Memorial Week 2016, for a powerful and emotional memorial vigil in honour of the victims of the Srebrenica genocide.

Guests heard readings, by Bosnians of all ages, of beautiful poetry written by Semira Jakupović and Remembering Srebrenica Ambassador Misba Sheikh. The song ‘Srebrenicki Inferno’ was performed by Sumaya Mehanović and members of the BiH community.

This was followed by deeply moving testimony from Mujo Delić, a survivor of the genocide, who recounted the harrowing details of his escape from the Bosnian Serb forces through the woods surrounding Srebrenica, in an attempt to reach Bosnian held territory. This testimony highlighted for the audience the brutality of the conflict which engulfed the town that was supposed to be a “safe haven” for so many. The names of the 8,372 victims of the Srebrenica genocide were read out over the course of the afternoon by volunteers and twenty-one lilies were laid down in their memory at the close of proceedings.

Afterwards came an opportunity for guests to sample some delicious Bosnian cuisine, while catching-up with friends both old and new. As a ‘Lessons from Srebrenica’ delegate, I was so glad to see so many new faces from the Bosnian community at the event, that we were able to hear their stories of triumph over tragedy, and to forge wonderful new friendships. I really do hope that this partnership is something which can continue going forwards.

The event finished with the release of four white balloons bearing the numbers 8,372 – the number of victims who were killed in the genocide. Members of the Remembering Srebrenica family hope to work with the Bosnian community again in the future on bigger and better events to raise awareness of the Bosnian war and the genocide in Srebrenica.