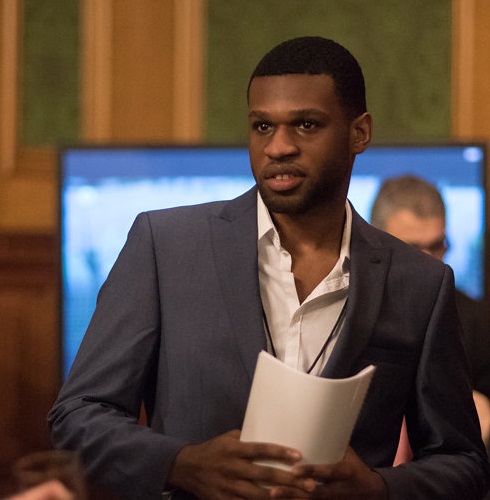 Jonas Pelendi went to Srebrenica with a group of people who were born in 1995, the same year the genocide took place, and featured in a BBC documentary called “Srebrenica; A Deadly Warning”. Here he explains what being 21 means to him and his hopes for their generation.

21 marks a significant age for many in society. 21 represents a significant crossroads on the road from adolescence to adulthood. 21 symbolises a time of change but also an exciting time to truly put our stamp on the world and remove the shackles of youth and embrace maturity.

As a young man approaching 21 this year there are so many things to consider; university, life goals, driving a car, student loans! However, approaching such a milestone in my life, it is often easy to forget that 21 years ago, thousands of young men like me, with the same aspirations, hopes and dreams were brutally wiped off the face of the earth. Their crime was simple. Their crime was simply that they were different. Their crime was simply that they belonged to Europe’s oldest Muslim community.
We live in dangerous times. Islamophobia and hate crime, unfortunately, remains a fixture of daily life. The current refugee crisis threatens to channel ethnic passions and breed extremism, pushing us to the edge of tension.

Srebrenica remains a stark reminder of when we let our differences divide us instead of unite us. We are a single human race yearning for peace, but it counts for nothing unless we fight the injustices that continue to plague our beautiful but troubled world. From Syria to the Congo, injustices are committed globally on a daily basis.

As we mark 21 years since Srebrenica, let us keep the events of July 1995 alive in our constant collective vigil. Let us not allow the flame of Srebrenica to burn out and we will grow ever closer to awakening to a world where one day we can truly say ‘never again’ to genocide. Because evil truly does prevail when good men do nothing.