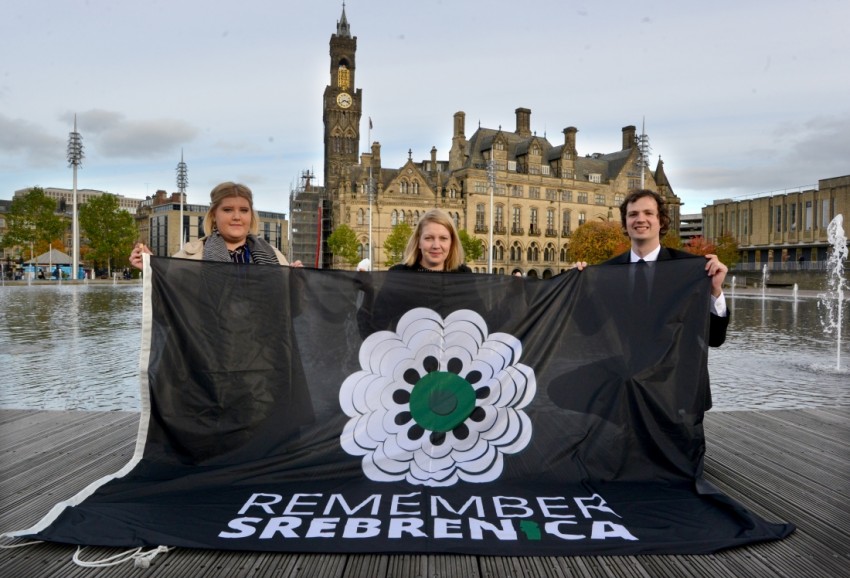 In June, Alex hosted several hundred young people from the city’s schools, madrassas and youth teams as part of the 8-3-7-2 Srebrenica Memorial Tournament. Children from all backgrounds learned about Srebrenica and played football together in an act of rejecting hatred.

This led into a series of commemorative community action events in the region to mark the twentieth anniversary. With contributions from Richard Corbett MEP, local faith leaders and young people from the Frizinghall Partnership and the Bradford City Council commemoration opened memorial week on Saturday 4 July.

Following on from memorial week, there have been community building events including an interfaith breakfast and a special screening of Halima’s Path – a Bosnian-Croatian-Slovenian film about conflict which raised awareness of the genocide to a new audience in the region. For Alex, the lesson he has learned from Srebrenica is that even the most integrated of societies can be pulled apart and people turned against each other.

It shows us how integration and understanding diversity does not have an end point. It is a constant journey and to stop this could push communities further apart. Work on creating a lasting legacy of understanding is something which Alex is committed to – not just on Srebrenica Memorial Day, but as a lifetime’s work.

If making a pledge like this interests you, please contact our team at info@srebrenica.org.uk for advice and ideas.