In May 2016, in partnership with the NUT, a delegation of teachers from the NUT visited Srebrenica to learn about the genocide and the lessons that are vital to teach children in the UK. Kauser Jan, Deputy Head teacher at Bankside Primary School in Leeds was part of this delegation. Since returning from Srebrenica, Kauser has commemorated the 21st anniversary of the Srebrenica genocide with her pupils and plans to embed learning about Srebrenica into her school’s curriculum.

Kauser initially started work on Srebrenica with the school council, made up of pupils from year 2. She delivered three sessions focussing on Srebrenica and the lessons that can be learnt, including providing a historical overview, and talking about the different stages which led to genocide. Student councillors then returned to their classes ran workshops, facilitated by teachers, which were based on these lessons. They discussed topics such as the impact of violence and what hate can lead to. In the subsequent sessions, class discussion on differences and conflicts were considered and what can happen if difference is seen as something negative.

In the final session, all of the learning was put together and children were given the question – ‘What kind of world do we want to create?’ Children had a choice of how to present their ideas and they chose to do so verbally, through drawings or writing poems.
An assembly was held on the 11th July which featured the poems created as well as the songs about diversity and embracing difference.

Furthermore all children made pledges for how they could make the world a better place and to not allow hatred to take root. Their pledges include: 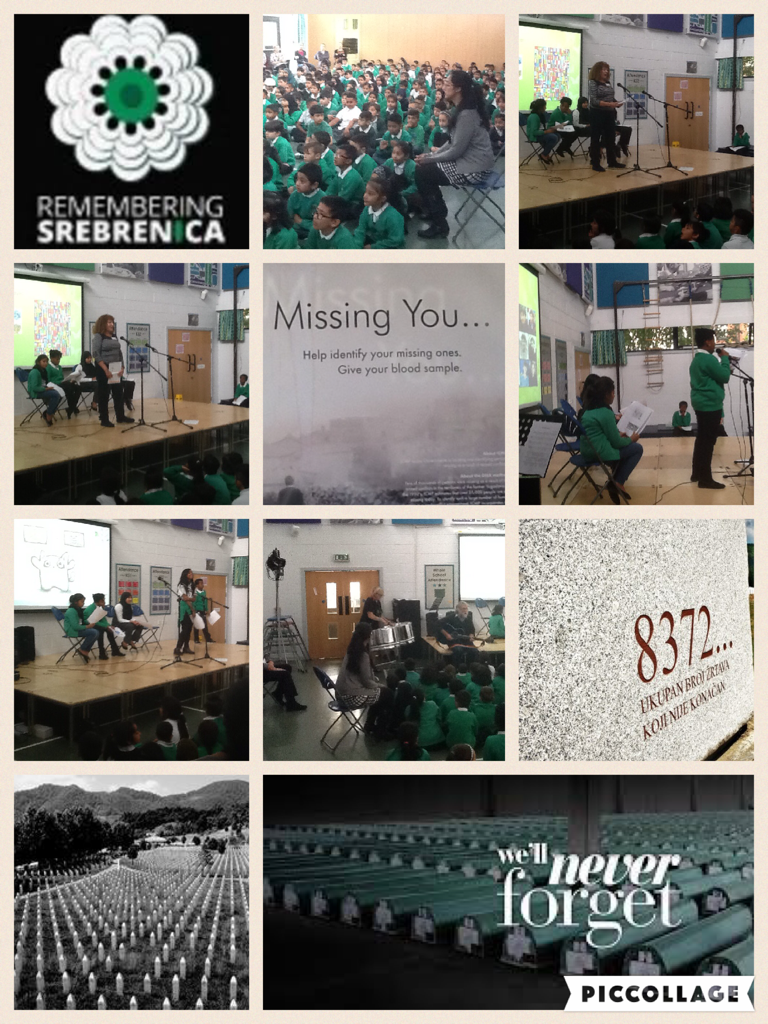 Both the poems and the pledges were made by children under the age of 12 and demonstrate an excellent understanding, not only of what happened in Srebrenica, but also the lessons that we must learn from this. The approach taken at Bankside Primary handled teaching the difficult content very well and allowed children to discuss difficult issues within their classes. It is a wonderful example of what can be achieved in a primary school when led by a confident and well informed teacher. The children themselves were confident when discussing what they had learnt, and later and shared this at a Srebrenica memorial service hosted by Leeds City Council so they could share their learning with the wider community, not only to raise awareness but also to be part of a wider local effort to create a more cohesive society.

Poem – Peace not revenge by Faysal, Amina and Immah