Resources and Registration
for Event Organisers

"By remembering the pain of the past and learning its lessons, we can together resolve that it must never happen again. This is why the work of organisations such as Remembering Srebrenica is so vitally important."
His Royal HighnessThe Prince of Wales 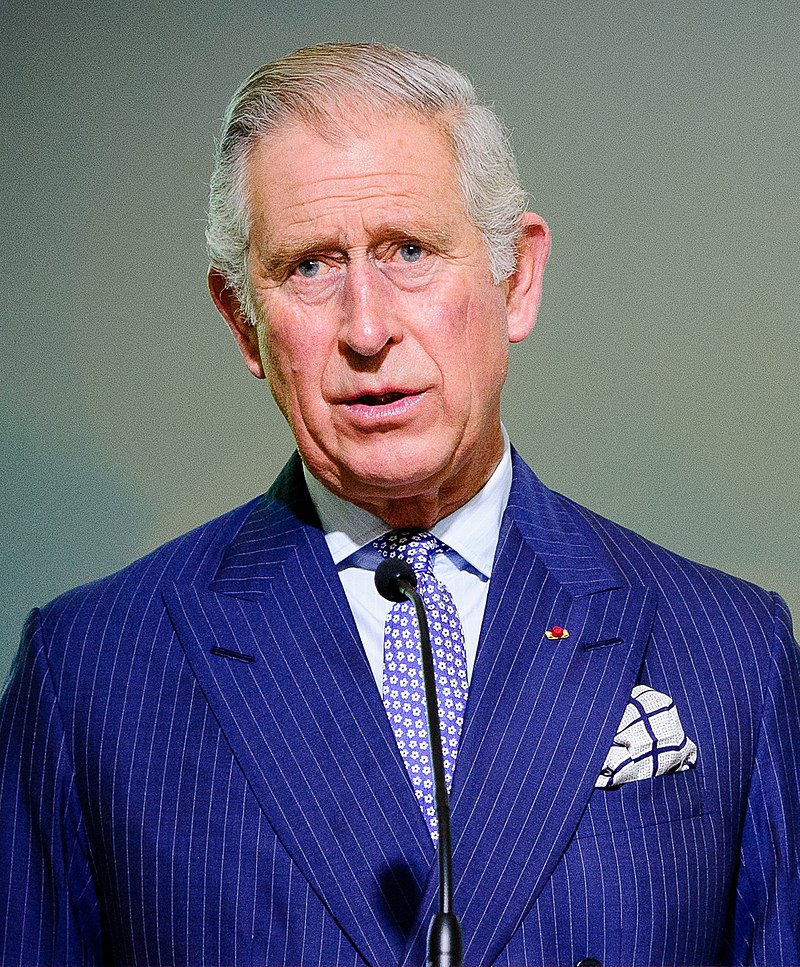 “The lesson of Srebrenica is that the stirring up of hatred and discrimination is always wrong, and if left unchecked, can lead to terrible evil. So, we should all, wherever we live in the world, work for understanding and tolerance between all peoples. That is the message of the ‘Remembering Srebrenica’ initiative, and I warmly commend them for their valuable work.”
Her Royal HighnessThe Princess Royal 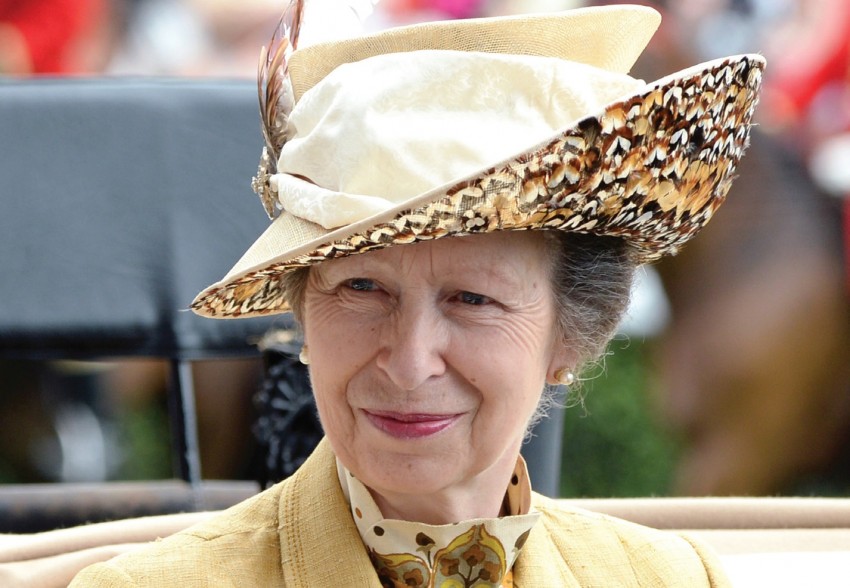 "Many perpetrators have still not been held to account and there are those who would prefer to forget or deny the enormity of what took place. We must not allow that to happen. We owe it to the victims and to future generations to remember Srebrenica and to ensure it never happens again."
Boris JohnsonPrime Minister 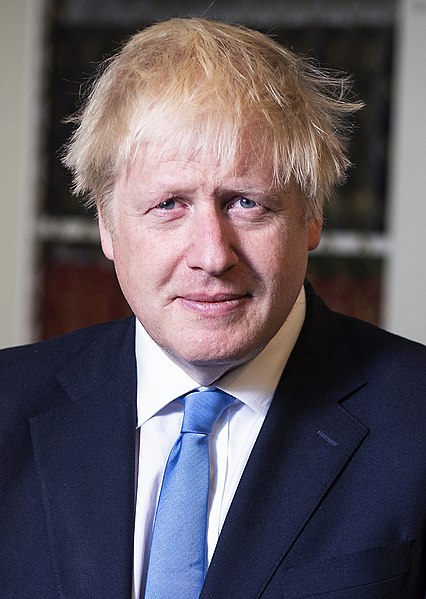 "The work of Remembering Srebrenica serves as a fitting reminder of the importance of everyone in society recognising our shared responsibility to ensure that diversity is celebrated and protected. Everyone, regardless of their race, faith or nationality, should feel safe and be safe in their own communities."
Nicola SturgeonFirst Minister of Scotland 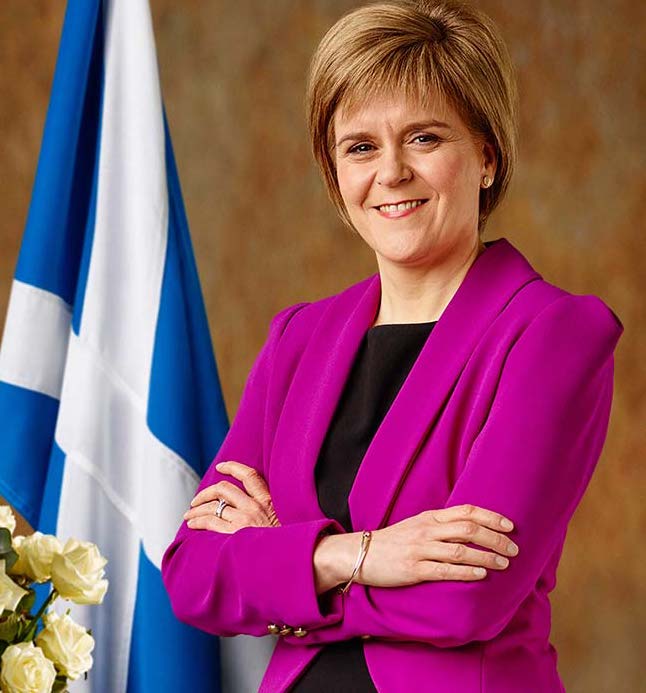 "Let’s use Srebrenica Memorial Day and the memory of Srebrenica to not only remember those we have lost but to educate our future generations, bring our communities together and renew our efforts to tackle hatred and prejudice wherever they lie."
Sir Keir Starmer MPLeader of the Opposition 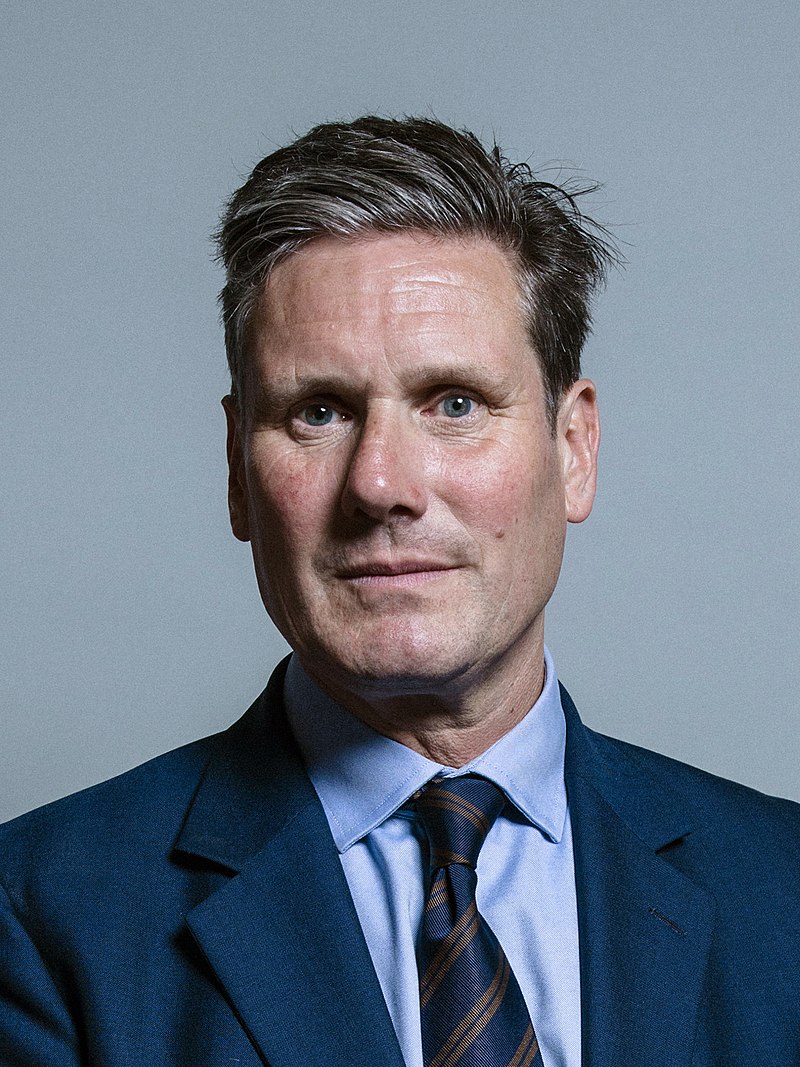 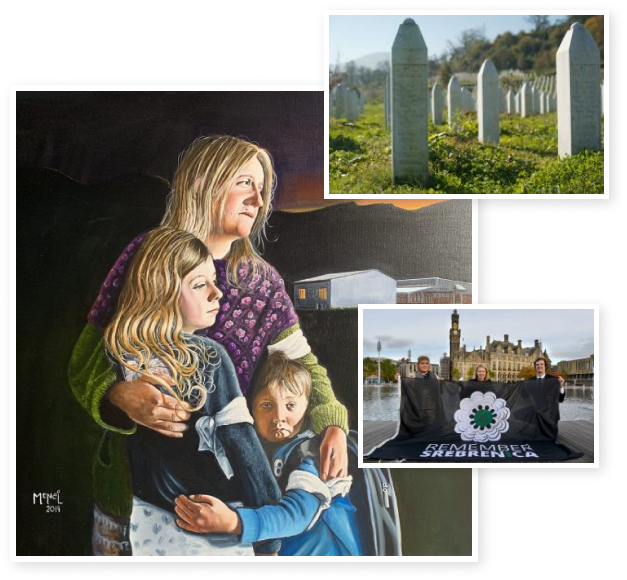 Fifty years after the world said “Never Again” to the horrors of the Holocaust, genocide took place on European soil.

The name Srebrenica has become synonymous with those dark days in July 1995 when, in the first ever United Nations declared safe area, thousands of men and boys were systematically murdered and buried in mass graves. The victims, who were Muslim, were selected for death on the basis of their identity. This was the worst atrocity on European soil since the Second World War.

What Happened in Srebrenica

Remembering Srebrenica remains committed to honouring the
victims and survivors of the genocide.
Support Us 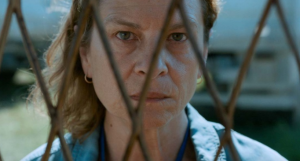 Belfast City Hall will be lit up in green and white on the evening of Tuesday 5th July to commemorate the 1995 Srebrenica genocide.  Green 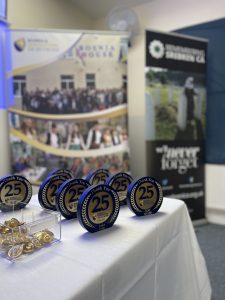 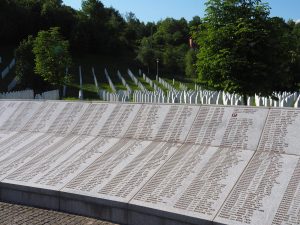 Every year, Remembering Srebrenica selects a theme that reflects an aspect of the genocide that needs to be commemorated, but also speaks to communities here 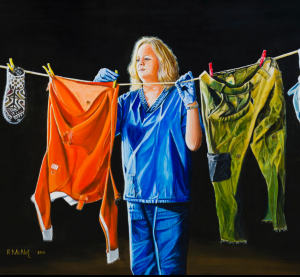 Remembering Srebrenica is proud to announce the release of ‘Nations United’, an International collection of materials from those who helped recover, gather evidence, and identify

Listen to Our Podcast

“Untold Killing” Season 1 explores the narrative of what transpired in July of 1995 where more than 8,000 Bosniak-Muslims were brutally massacred in the Srebrenica genocide. The podcast series covers months of detailed research, production, and interviews, both in the United Kingdom and Bosnia, where the brutal atrocity took place. Genocide survivors, academics, experts, and individuals from the International Criminal Tribunal for the Former Yugoslavia (ICTY) all lend their voices and expertise to the podcast. Untold Killing has also won a Platinum AVA Digital Award for Audio/Radio Production for Season 1.

“Untold Killing” Season 2 explores how at the beginning of 1992, from April to September, more than 3,000 innocent people were systematically killed and tortured in the municipality of Prijedor and over 30,000 detained in concentration camps. Season 2 tells the harrowing story of the war crimes committed where innocent men, women, children and the elderly were detained in concentration camps such as Trnopolje, Keraterm and Omarska. Their testimonies are a reminder of how a peaceful society became hell on earth. It’s a story of torture, injustice and how the world reacted after The Guardian published it’s story about the persecution and killings in the concentration camps echoing that we have failed the promise of “Never Again.”

“Untold Killing” Season 2 marks the 30th anniversary of the crimes committed in Prijedor.

Available on all platforms

Our podcast ‘Untold Killing’ won two awards at the ARIAS 2021. The podcast won Bronze in the Impact Award and Silver in the Best Commercial Partnership categories. Known as the Oscars of podcasting, the recognition has helped Remembering Srebrenica and our partners at Message Heard raise awareness of the lessons of Srebrenica to almost 100,000 people and enable survivors to tell the story of Srebrenica in their own words through an intimate method of broadcasting during a difficult year. 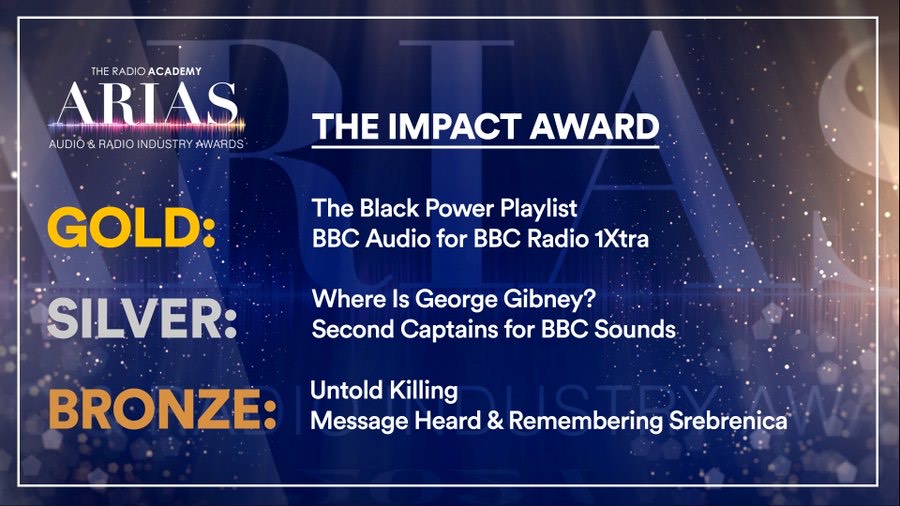 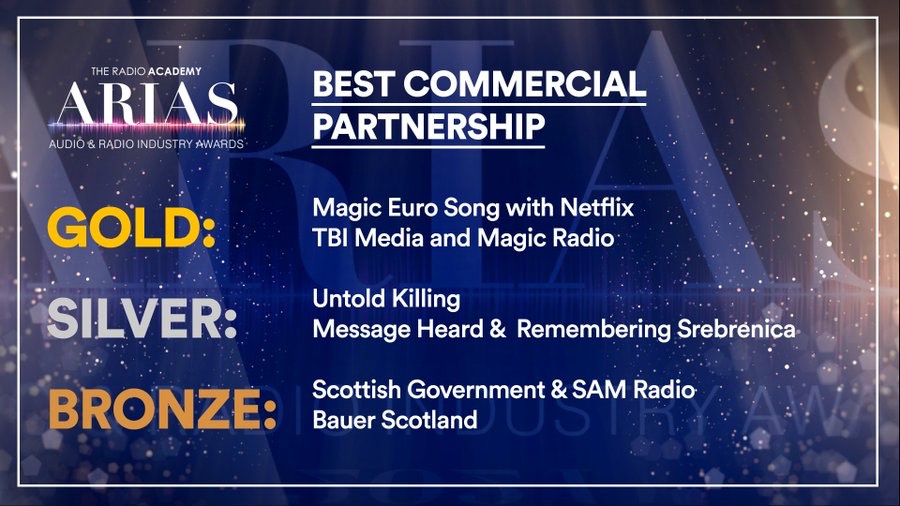 Genocide Survivors stand at the heart of the work we do here at Remembering Srebrenica. 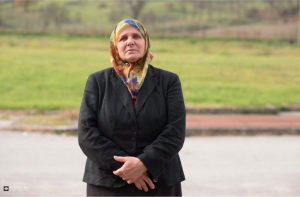 Hatidža Mehmedović was born in the area surrounding Srebrenica in 1952. Before the genocide, she lived her entire life in Srebrenica, where she had married 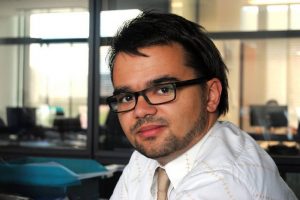 At dawn, that July 8th, it was thundering somewhere in the woods loud enough to wake us. That is when I moved to my shelter, 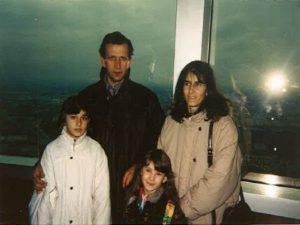 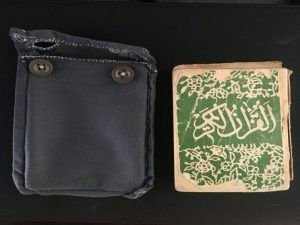 My mother Mejrema, an 87-year-old lady, has spent her whole her life caring and worrying about the four of us; my two older sisters, Zerina 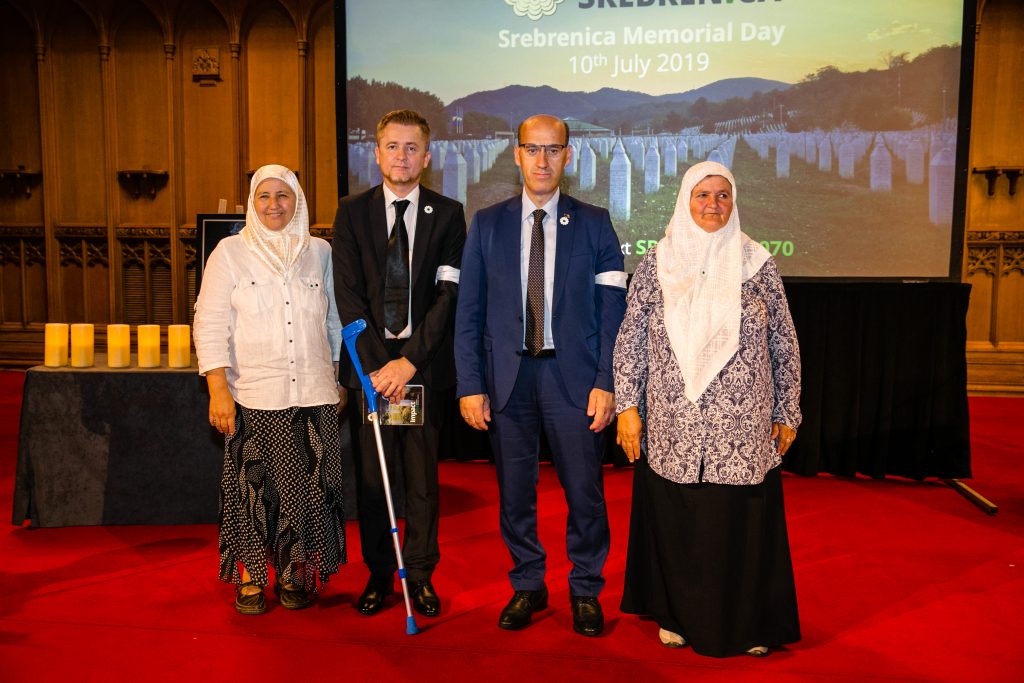 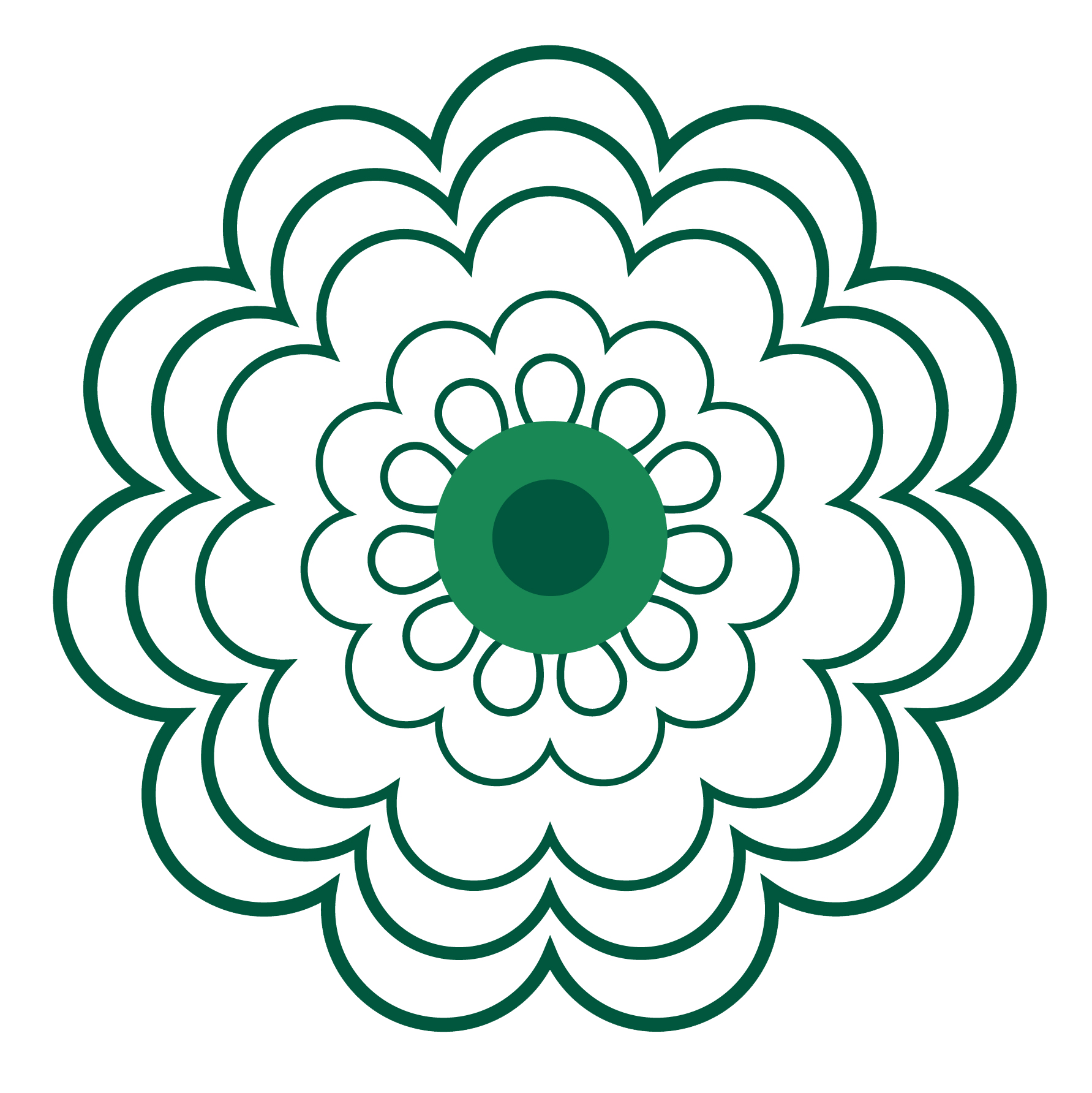 We are grateful to all our genocide survivors who dedicate so much of their time and commitment to providing their valuable advice, speaking at memorial events across the UK, sharing their stories to inspire others to reject hatred and help build a better, stronger and more cohesive society for everyone. If you would like to add your story to our growing list, please get in touch. 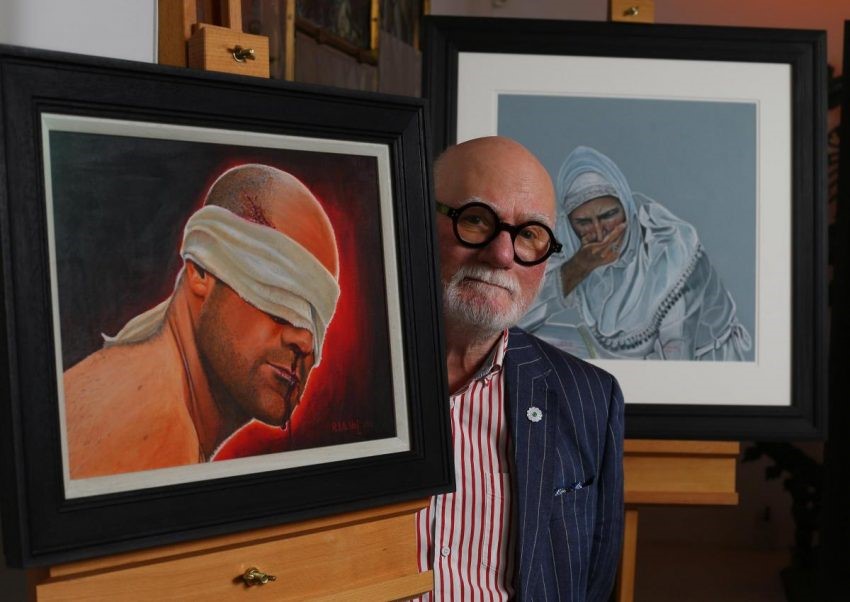 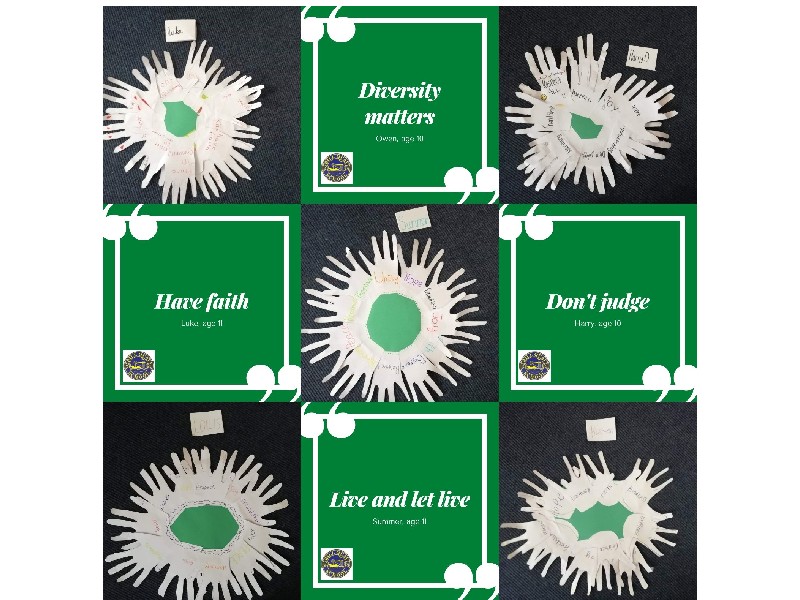 In the last eight years, Remembering Srebrenica has educated 130,000 young people on the lessons from Srebrenica, enables each year over 1,800 community actions in schools, local authorities, places of worship, community centres, prisons and police forces right across the UK and has created 1,450 Community Champions who pledge to stand up to hatred and intolerance in their communities. 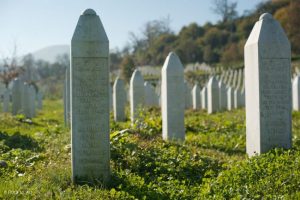 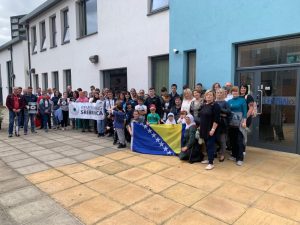 Every year, Remembering Srebrenica UK selects a theme that reflects an aspect of the genocide that must be commemorated, but also speaks to communities here 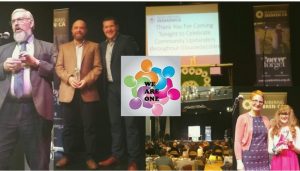 Gloucestershire's second "We Are One" Awards celebrates everyday upstanders

On 14 October, Gloucestershire held its second ‘We Are One’ Awards ceremony, which recognised the amazing work of everyday upstanders who challenge prejudice, build community cohesion, protect